Murphy, other gun control advocates, in search of political wins

Washington – This political season, gun control advocates are bolstered by Hillary Clinton’s embrace of their issue and an increase in the political cash they’ve raised, even as they continue to be outgunned by the National Rifle Association when it comes to campaign spending. 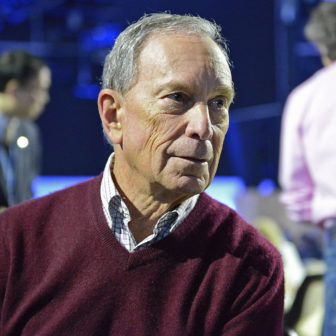 By UNclimatechange via Wikimedia Commons

But with fewer resources, gun control advocates are forced to be more targeted and strategic than the NRA, even backing some GOP candidates over Democrats with better records on gun control.

So far, the NRA PAC has donated about $578,000 directly to dozens of federal candidates, according to an analysis by the Center for Responsive Politics.

But the NRA’s real clout comes from the more than $22 million it has spent independently of campaigns so far this year. Most of that money was spent on attack ads aimed at helping Republican candidates.

Meanwhile, Independence USA has nearly doubled the $5.6 million it spent at this point in the 2014 election cycle, spending more than $10.6 million to bolster the campaigns of both Republicans and Democrats.

Bloomberg’s support of Toomey over Democratic challenger Katie McGinty, who has a stronger position on gun control, puzzled many. But he and other gun control advocates are trying to reach out to GOP candidates in order to win Republicans over to their cause, even if it means hurting some Democrats.

Gabrielle Giffords, the former Democratic Arizona congresswoman who was severely wounded in a mass shooting, has endorsed both Toomey and Sen. Mark Kirk, R-Ill. 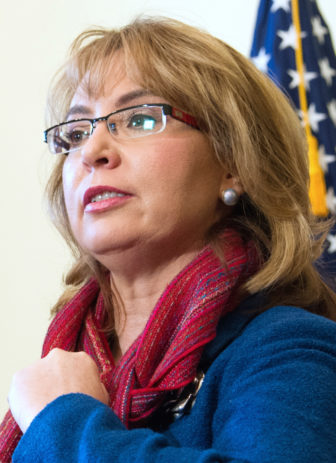 Her Americans for Responsible Solutions PAC, which has raised $8.2 million, has also spent $2 million in ads in New Hampshire on behalf of Democratic Gov. Maggie Hassan, who is seeking to unseat Republican Sen. Kelly Ayotte.

“We have been investing in holding Kelly Ayotte accountable for her support of the gun lobby,” said Mark Prentice, spokesman for the Americans for Responsible Solutions PAC.

Murphy has taken a different approach to helping candidates who would help break the stalemate in Congress over gun control.

With the help of Sens. Cory Booker, D-N.J., and Charles Schumer, D-N.Y., Murphy in July established the “Fund to End Gun Violence,” an effort to “bundle” contributions to U.S. House and Senate candidates who would support gun control bills.

Murphy said the idea came to him after he staged a 15-hour filibuster in June to pressure GOP leaders to hold votes on gun bills. He said that two days after seizing the Senate floor, he received more than $100,000 in campaign contributions without sending a single solicitation.

He, Booker and  Schumer are now asking their donors to direct their contributions to other candidates. The senators are not running for re-election this year.

Campaign spokeswoman Laura Maloney said the fund has raised more than $150,000 for endorsed candidates through more than 10,000 individual donations.

“The effort is still ongoing and will go full steam ahead until Election Day as Chris continues to tirelessly work to elect candidates who are committed to ending gun violence,” Maloney said. 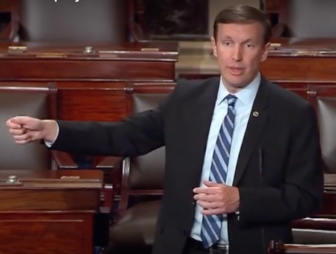 Gary Rose, head of the political science department at Sacred Heart University in Fairfield, said  gun control advocates may win some races “here and there.”

“In certain states and districts perhaps, but nationally no,” Rose said. “At the national level, the Republican connection with the NRA is pretty strong, and the Republicans hold both houses of Congress.”

But a few political victories would give the gun control advocates evidence that they can be effective, he said, even if those wins do not result in a groundswell of support for gun control legislation in the next Congress.