Grading teachers: Tempers flare over use of student test scores

Officials have long delayed answering that question. For three years the State Board of Education has pushed back a deadline for linking students’ test scores with teachers’ grades.

Now the linkage is scheduled for next school year, and the advisory panel the state education board relies on for guidance on the topic is moving at a snail’s pace over whether to recommend sticking with the requirement this time.

Last month, a Superior Court judge lambasted the state for its paralysis, calling the current evaluation system “cotton candy in a rainstorm,” and ordered the state to impose a system with substance.

The exchange started in a relatively civil tone.

“You can do whatever the hell you want to do. You can bang a nail with a rock; it ain’t the right tool to use. That’s all I’m saying,” said Mark Waxenberg, the executive director of the Connecticut Education Association.

“But if it’s the only tool you have, Mark,” responded Bob Rader, the executive director of the Connecticut Association of Boards of Education.

And then the yelling began.

“Oh please, it’s not. It not. If you are wedded to it, Bob, say it. Don’t be afraid to say, ‘I want to use the mastery test score’,” Waxenberg yelled.

“No, don’t tell me what to say, Mark. I want to know, I am trying to think this through, and I will admit that I am not an expert on this,” Rader yelled in response.

The moderator tasked with keeping the discussion productive then attempted to diffuse the exchange by pointing to research that might be useful to complete before making a final decision.

“When are you going to answer the question,” a visibly upset Waxenburg interrupted the moderator to ask Rader.

The leader of the state association that represents superintendents then stepped into the fray to point to the rules of conduct for the meeting, or the “meeting norms” that the cardboard sign at the front of the meeting outlined.

“We’ve got some norms we ought to be abiding by here,” said Joe Cirasuolo, the executive director of the Connecticut Association of Public School Superintendents.

The fierce back-and-forth at the panel’s meetings is not likely to subside until it and the state board make a decision – and stick to it.

In 2010, state legislators created PEAC to come up with guidelines for evaluating teachers. In January 2012, the panel agreed to have nearly one-quarter of a teachers’ rating linked to the state exam scores.

Consensus then vanished, however, after the governor proposed linking the new evaluations to teacher certification and pay, and union leaders grew wary that the tests were becoming too high stakes. Complicating the issue further was the rollout of a controversial new state exam that engendered even more skepticism among union officials and many teachers about using the tests for evaluations.

The Superior Court judge who presided over a recent trial to determine whether state education funding met constitutional standards noticed the stalemate over evaluations – and last month ordered the state to stop using its current “uselessly perfect” system to evaluate teachers. 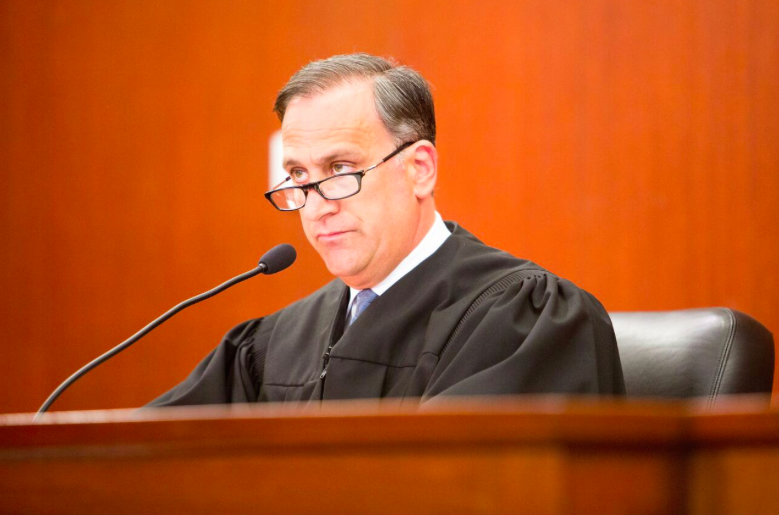 “PEAC seems to have buckled under the load of criticism about tests,” Judge Thomas Moukawsher wrote in his scathing review of the state of education in Connecticut. “The state’s teacher evaluation system is little more than cotton candy in a rainstorm. Everything about it suggests it was designed to give only the appearance of imposing a significant statewide evaluation standard. These empty evaluation guidelines mean good teachers can’t be recognized and bad teachers reformed or removed.”

In the absence of factoring state standardized test scores into evaluations, the overwhelming majority of teachers are currently being rated as successful.

Data released at trial show that last school year 546 teachers (1 percent of the state’s nearly 50,000 teachers) were evaluated as either “below standard” or “developing,” the two lowest ratings. Nearly identical results occurred in the 2013-14 school year. (See how teachers in your school district fared over the last two school years in the charts below). The vast majority received ratings of “proficient” or “exemplary.”

The state has not looked into what the evaluation results would have been had test scores been included, officials testified during the school-funding trial.

During Tuesday’s meeting there was several mentions of letting local school districts decide whether to use the state tests in evaluations and, if so, how much weight to give them.

The state currently leaves it up to local districts to determine whether to use the exams.

“Let the districts decide,” said Cirasuolo after conferring with leaders of the school boards association. “I think we reached consensus here that that makes sense for a little longer.”

That isn’t a feasible option for the teachers’ unions.

“I couldn’t disagree more. We need to make a decision,” said Waxenburg.

“I would like to make that decision before I retire,” Cirasuolo said.

The panel is slated to meet again in December.

“We need to commit to continuing the conversation,” said Wentzell. “We can take a deep breath and get this done.