Compensation for leaders of the state’s largest network of charter schools, Achievement First, has increased by $100,000 since 2009 – and now rivals the pay of superintendents in the state’s wealthiest or largest districts. 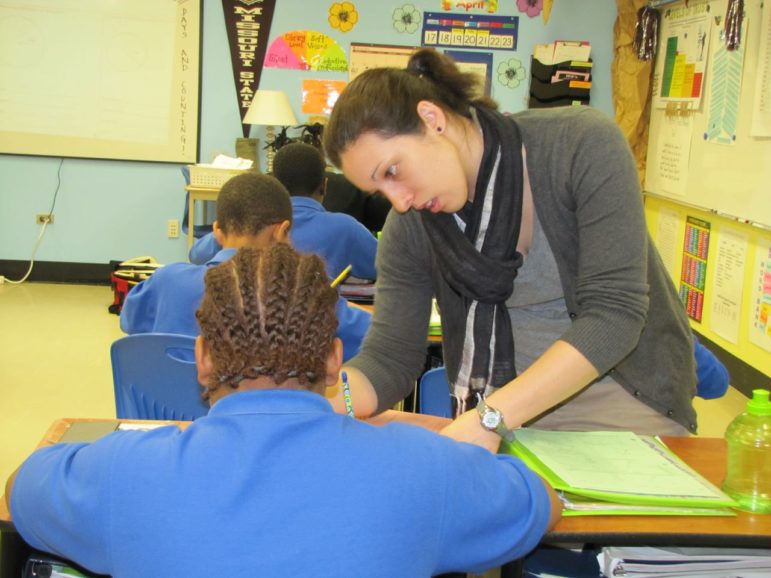 The issue of compensation and administrative costs at state-funded charter schools was raised Thursday in a presentation to reporters by the Connecticut Education Association, the state’s largest teachers’ union and a fierce opponent of the growth of privately operated charter schools.

The shot across the bow comes in the weeks leading up to what is sure to be a fierce debate at the state Capitol over how to fund traditional neighborhood, charter and other schools – all while the state faces a $1.5 billion deficit in the upcoming fiscal year. Gov. Dannel P. Malloy has promised to propose an overhaul of how the state funds schools.

For months the charter school lobby has been holding press conferences and rallies across the state pressing for more money from the state. And now the teachers’ union is attempting to draw attention to how the charter schools are spending some of the money they have been given.

Dacia Toll and Doug McCurry, the chief executive officers of Achievement First Public Charter Schools each made just over $260,000 in 2014, the nonprofit’s most recent tax filings show. Michael Duggan, the executive director of Domus, which oversees two charter schools in Stamford, was paid $325,000 in 2014.

Toll – whose nonprofit charter management organization, oversees schools in Bridgeport, New Haven and Hartford that enroll 4,000 students – said during an interview that her pay has leveled off since 2014, after the $100,000 increase between 2009 and 2014.

“It has not been increased that much since then,” Toll said, pointing out that her board benchmarks staff pay to make sure it is competitive and that she will not get the state pension that superintendents receives upon their retirement.

She also pointed out that enrollment has surged since 2009.

“We are a significantly bigger and more complex enterprise than we were eight years ago,” she said.

Mark Waxenberg, the leader of the powerful teachers union, told reporters that the escalating administrative costs are troubling. “Charter school management has become big business in Connecticut,” he said.

“The CEA is really grasping for straws,” said Jeremiah Grace, the state director for the Northeast Charter Schools Network.

During the 2012-13 school year, the most recent for which state data is available, the average traditional public school superintendent’s salary was $150,700. In districts where the charter schools are located, the leaders are paid $227,000 (New Haven), 234,000 (Bridgeport), $194,000 (Hartford), and $151,00 (Stamford). The traditional schools enroll many times the number of students. Bridgeport, New Haven and Hartford, for example, each enroll about 20,000 students compared to the 4,000 Achievement First serves in Connecticut. Add in the schools Achievement First operates in New York and Rhode Island and the charter management organization educates 11,600 students in total.

Duggan, the leader of Domus, did not return the Mirror’s request for comment.

Told what the leaders of the charter management groups were earning, the executive director of the Connecticut Assocation of Public School Superintendents was surprised.

“Looks like I should apply for one of those jobs,” joked Joe Cirasuolo during a phone interview. “There are very few superintendents who make over $200,000.”

Rep. Andy Fleischmann, the longtime House chairman of the legislature’s Education Committee, said he doesn’t know what to make of the compensation levels of the charter leaders.

“I want to have some more context,” said Fleischmann, D-West Hartford. “They may be worried about them being lured away by some other nonprofit… It seems a little high to me, but it’s hard to judge.”

The teachers’ union also criticized how much state funding is being spent by non-profit charter management organizations, which perform a central-office function, overseeing and operating schools. In recent years, an analyst the union hired to dig into information filed with the state Department of Education found that those central office expenses have increased in recent years at Achievement First and Domus, but other spending has decreased.

Toll was quick to dismiss the concern, pointing out that her schools spend just 10 percent of their total budget on administrative costs and the amount her organization fundraises outmatches the fees and services provided.

“We are a nonprofit and all resources are going towards the mission,” she said.

State data show that the average school district in Connecticut spends 5.2 percent of its budget on central office costs, though several smaller districts do tend to spend closer to 10 percent on administration. Toll questioned whether these figures are comparable to the charter school central office figures.