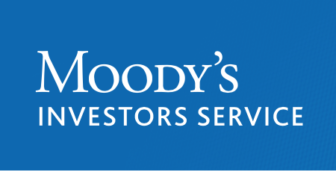 The latest issue paper from Moody’s Investors Service — part of a growing trend of Wall Street commentary on Connecticut’s troubled finances — also warns that while proposals to shift costs from the state to municipalities could help the state’s credit rating, it could hinder that of the cities and towns that would share in these expenses.

Those costs, led by some of the most poorly funded public-sector pension and retiree health care programs in the nation, are expected to consume nearly 35 percent of General Fund revenues by 2018-19, the report states.

And while Moody’s describes Connecticut’s high wealth as a “paramount credit strength,” the state’s economy “has entered a ‘new normal’ with employment still below pre-financial crisis levels and income growth lagging the nation’s.”

Connecticut’s financial services sector has lost 11 percent of its jobs since 2007 “and the non-financial sectors have failed to compensate, with manufacturing in decline and lackluster growth in the service sector,” Van Wagner said.

The lackluster economic growth has been hampered further by population loss, Moody’s wrote. Connecticut is one of just four states to lose population every year since 2013.

The state’s poorly funded pension for municipal teachers and pension and retiree health care programs for state employees reflect insufficient savings patterns that date back to 1939.

The required annual contribution to the teachers’ pension fund alone, which already represents $1 billion in a nearly $18 billion General Fund, will grow an average of more than 16 percent per year during the next biennial budget.

And a 2015 study by the Center for Retirement Research at Boston College, warned that required annual payments could surge by more than 500 percent, topping $6.2 billion in the 2031-32 fiscal year.

Gov. Dannel P. Malloy’s budget proposal calls for cities and towns to assume one-third of that skyrocketing teachers’ pension cost — something municipal officials say would amount to an unprecedented cost-shift onto an already highly regressive property tax base in Connecticut.

Local officials argue this is unfair since roughly 80 percent of the teachers’ pension contribution reflects the cost of  correcting fiscal mistakes made by past governors and legislstures  — and not the funds needed to cover the future retirement benefits of present-day teachers.

For example, Coventry Town Manager John Elsesser projected his community would have to dedicate between 11 and 12 percent of its budget revenue toward covering this pension bill by the early 2030s.

Moody’s recognized Malloy for seeking “significant cost savings” from unionized state employees. The governor has asked for concessions worth $700 million next fiscal year and $869 million in 2018-19.

The two sides continue to hold informal talks but no tentative deal has been announced to date.

But while Moody’s said it would be a “credit positive” for Connecticut to stabilize its finances, where possible, with spending cuts, its report also warned that weakening the resources of municipal governments would have “varying degrees of credit impact.”

Chris McClure, spokesman for the governor’s budget office, said Wednesday’s report “echoes much of what we have been saying: The slow growth in our economy and tax revenues has forced painful discretionary expenditure reductions, especially as our fixed costs continue to rise. The challenges ahead are daunting and it will take serious work from serious people to resolve them.

“Partisan obstructionism, facile populism, or harmful procrastination will not solve the issues we face and we look forward to continuing a strong relationship with the credit rating agencies to make it clear Governor Malloy is getting the state back on track,” McClure said.