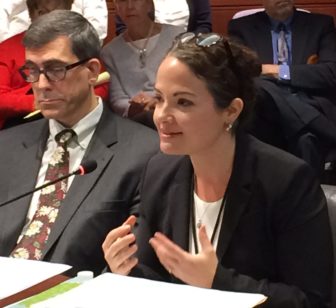 “I think the problem we’re about to discuss is a crisis, and that is not a word that I use lightly,” Eagan told members of the legislature’s Intellectual and Developmental Disabilities Caucus.

“Our emergency departments are overflowing” with children with these complex diagnoses, Eagan said. Most of that burden is falling on the Connecticut Children’s Medical Center in Hartford, where “they are seeing hundreds of children who fit this profile (and) the average age they are seeing is young. It is 11.”

Two factors contributing to this surge have been an issue for many years, both Eagan and Doolittle said.

Funding for different types of problems is available from various state agencies, insurance companies, Medicaid and other sources. But this “silo” approach lacks flexibility, and families with children whose needs fall into several categories often find themselves shuttled from one source to another.

“We can spend our dollars more efficiently,” Eagan said. “We can do something this session to un-silo some of our money, so we’re not paying to keep a child in an ED for a month.”

“We need to try to talk about integrative approaches to these complex cases,” Doolittle said. “Very often people get stuck for monetary reasons. The next level of care doesn’t get approved,” even if the resources sometimes are available.

A second long-running factor is an inadequate level of community-based support services for children with developmental disabilities.

While Connecticut has made progress developing a network of mental health programs, “We have not done the same on the DD side,” Eagan said.

But then there’s the worsening state budget crisis, which the child advocate said is exacerbating the challenges significantly.

Connecticut not only is not helping community-based, nonprofit providers to expand offerings for children with complex diagnoses, it has reduced funding over the past year and state officials are considering further cutbacks.

Sen. Beth Bye, D-West Hartford, told the story of one constituent, a 13-year-old West Hartford boy with a complex diagnosis who has spent the past three weeks in a hospital emergency department. 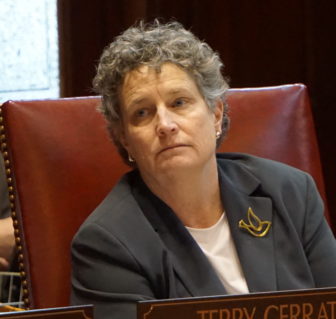 The child has been left in a hospital only because, under state law, the hospital must absorb all of the care costs after the first day if alternative placement for the child has not been established.

Bye noted that the legislature and Malloy enacted a budget last spring for the 2016-17 fiscal year that set spending roughly $1 billion below the level needed to maintain current services.

And while many lawmakers have suggested those cuts didn’t do much harm, Bye said, those who do so aren’t looking closely enough.

“We’re failing in our responsibilities as legislators, as human beings,” she said. “It is clear this is a systemic problem.”

Sen. Ted Kennedy, D-Branford, called it “a very sobering analysis” and asked the advocates and DDS Commissioner Jordan Scheff to prepare recommendations for the legislature to consider before the 2017 session ends on June 7 to counter the problem.

“It’s a very compelling story,” Scheff said. “We deal with a lot of children, and children are really important.

But he added that, “I am very interested in solving the needs of all of the families. … I have hundreds of hundreds of families who need our help.”