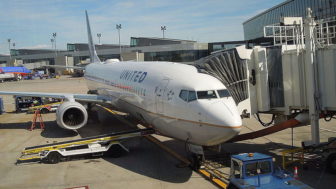 Washington – President Donald Trump is rolling out his infrastructure plan this week, and the first proposal would privatize the nation’s air traffic controllers, including the 17 that direct takeoffs and landings at Bradley International Airport.

“We live in a modern age, but our air traffic control system is stuck, painfully, in the past,” Trump said on Monday. “Americans can look forward to cheaper, faster and safer travel.”

Privatization has long had strong support among the nation’s airlines. It also has been promoted by congressional Republicans for years.

The controllers also would work for that private corporation. They are all now federal employees under the authority of the Federal Aviation Administration.

Connecticut Airport Authority Executive Director Kevin Dillon said his agency does not have a position on the plan to privatize controllers, but hopes airports “will have a seat on the board of the new entity,” that runs air traffic operations at Bradley and other, smaller airports in the state.

Dillon is concerned with proposals in Trump’s budget for 2018, announced last month, that would cut grants that pay for local police in airports.

One program that would get the axe reimburses the airport when police are called to  Transportation Security Administration checkpoints.

TSA officers do not have police authority and must summon local officers when issues arise.

Dillon said the federal government reimbursed the Connecticut Airport Authority about $170,000 this year for the policing service.

The airport authority would incur another $250,000 in policing costs by the elimination of TSA monitors at the exits of secure areas in the airport, including the corridors that passengers use when they leave a plane, Dillon said.

The Trump budget would eliminate several TSA programs, put in place after the 9/11 attacks, to divert about $80 million to help build a wall along the U.S. border with Mexico.

“I hope Congress continues to fund these programs,” Dillon said.

He also hopes Congress will remove a $4.50 cap on the fees an airport can charge passengers when they purchase a ticket.  Airports use the ticket fees for improvements and other purposes.

Trump plans to travel to Cincinnati on Wednesday to discuss the movement of freight and passengers on inland waterways. On Thursday, the president has  invited mayors and governors to the White House to hear their infrastructure needs.

Gov. Dannel Malloy will not be attending the White House event, a spokeswoman for the governor said.