Malloy tries to focus budget talks with a veto threat 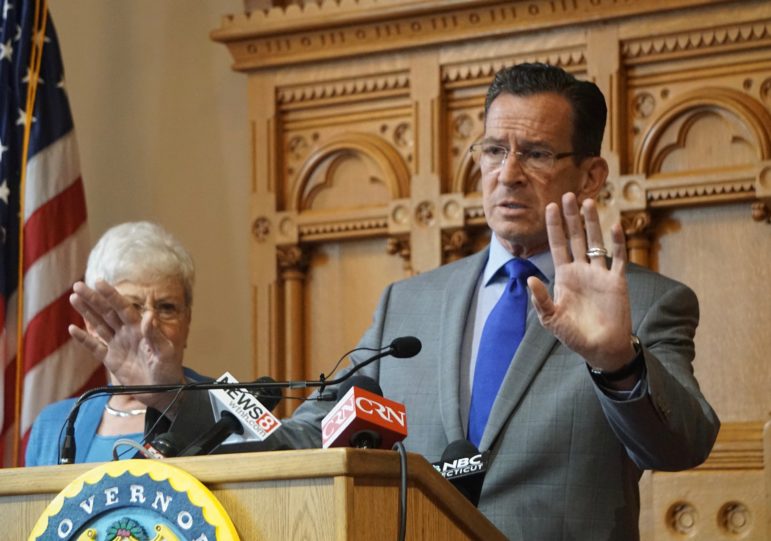 Never coming close to resolving a budget crisis in the five-month regular session that ended Wednesday night, the General Assembly and Gov. Dannel P. Malloy now will try again in special session, burdened by the knowledge that neither chamber has a reliable working majority on the question of how to fund Connecticut’s government.

On Thursday, House Democrats and Republicans still pressed for political advantage in post-session news conferences, leaving unanswered the question of whether they can set aside concerns about winning the next election and focus on reassuring Wall Street credit-rating agencies, corporate C-suites and taxpayers they are capable of balancing the budget.

“Let me be very clear: If the Republican budget had been passed, I would have vetoed it,” Malloy said. “If the Democratic outline passed, I would veto it. So at some point we have to find a budget that we can agree on.” 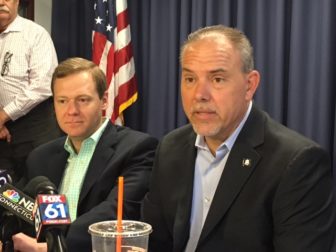 Democrats, who barely hold majorities on the legislature’s joint committees of the House and Senate, were unable to find the votes for a budget that could pass the Appropriations Committee or the legislature as a whole. The best they could do was an outline. Republicans crafted an alternative, but it relied on more than $1.1 billion in labor concessions next year, not the $701 million negotiated by Malloy.

Republicans have lowered their savings target to $836.9 million next year and $1.08 billion the following year, $348 million more over two years than the tentative concession deal struck by Malloy.

Of the prospects for coaxing state employees into hundreds of millions more  in givebacks, Malloy said, “I don’t see that there is any vehicle to create that savings.”

So, one of the first decisions of the special session probably will fall to Republicans: Will they insist on additional concessions that Malloy and labor say is the product of magical thinking, not collective bargaining? That would give them an excuse to vote against whatever budget ultimately is placed before the General Assembly for a vote.

“If that’s the case, I can’t wait until we do the elections in 2018,” said House Speaker Joe Aresimowicz, D-Berlin. “Because they’ve essentially lied to the voters of the state of Connecticut that they wanted a seat at the table, that they wanted to negotiate, and they were willing to make tough decisions.”

“If that budget passes that way, I cannot envision that will be the best option for some of those individual legislators and the community they represent, quite frankly,” said House Majority Leader Matt Ritter, D-Hartford.

Democrats and Republicans struggled all session with new roles: Democrats are sharing power after years of fat majorities, while Republicans are finding that the downside of hard-won electoral gains in tough fiscal times is the possibility of taking responsibility for what is destined to be an unpopular budget. 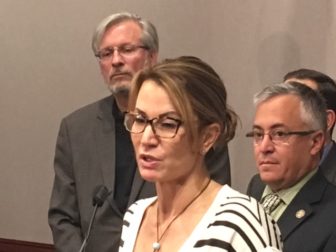 An 18-18 tie in the Senate means the only Democratic advantage is the ability of Lt. Gov. Nancy Wyman, a Democrat, to break tie votes. But one Democrat, Sen. Joan Hartley of Waterbury, is a conservative with a long streak of voting against Democratic budgets.

The Democratic 79-72 advantage in the House also is precarious. Democrats can’t pass a budget if more than three Democrats object — and five of them refused to vote for the budget last year. Four of the five are fiscal conservatives who have told CT Mirror they remain skeptical of tax increases.

The political math presents Republicans with an opportunity to seize control of the budget by cutting a deal with just one Democrat in the Senate and four in the House. The downside is they would stand for re-election in 2018 as the authors of an unpopular budget.

“People will be angry at us. And we will all sit there and worry, as we always do, on decisions we make. How will that affect my district? How will that affect re-election? We all think that. We are creatures of elections. It is a natural thought process,” Klarides said. “But we can’t do that any more. We have to be willing to put our money where our mouth is and make the difficult decisions.”

The Senate Democratic and Republican leaders did not hold post-session press conferences.