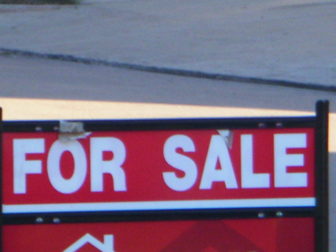 Nationwide, single-family home prices have regained the ground lost during the Great Recession — not so in Connecticut, according to a price index that tracks repeat transactions on the same properties.

“The steep, multi-year rise in U.S. home prices continued in the first quarter,” said FHFA Deputy Chief Economist Andrew Leventis speaking of nationwide trends in a report published along with the data. “Mortgage rates during the quarter remained slightly elevated relative to most of last year, but demand for homes remained very strong. With housing inventories still languishing at extremely low levels, the strong demand led to another exceptionally large quarterly price increase.”

Don Klepper-Smith, DataCore chief economist and director of research, said housing price growth follows jobs growth, which has been underwhelming in Connecticut. “Traction in the housing markets is a function of traffic in the local labor market.”

Connecticut lost the second greatest share of its job market among the New England states during the recession, dropping 7 percent from peak to lows around early 2010, according to Klepper-Smith’s analysis. Connecticut has had the weakest recovery, gaining back 79 percent of those 119,100 lost jobs by the end of May, according to the state Department of Labor’s May jobs report. The private sector has regained 96.6 percent.

Strikingly, Massachusetts had gained back three times the number of jobs it lost (with a jobs recovery rate of 296 percent) over the same period, through the end of May.

The FHFA House Price Index differs from the median-price comparisons of homes sold in one period to those sold in another. Instead the index is based on repeat transactions on the same properties, whenever those transactions happen to occur. The index value for each state started at 100 in the first quarter of 1991. Connecticut’s index value peaked at 198 in the first quarter of 2007. The state’s latest 167.56 index value puts home prices around where they were in 2011, on the way down, and 2004, on the way up. (These index values are all seasonally adjusted.)

This video offers a primer on how the FHFA house price index works:

Analysis for this story is available in our GitHub repository: https://github.com/trendct-data/fhfa-house-price-index

Woodbridge officials are weighing whether to allow multi-family housing after attorneys applied to convert a single-family home.

The state moratorium hasn't completely eliminated evictions, which are now at about half the level they were before the pandemic.

After six months of public hearings on a widely followed Woodbridge rezoning proposal, commissioners are to start deliberating. Is multi-family housing in the suburbs a […]