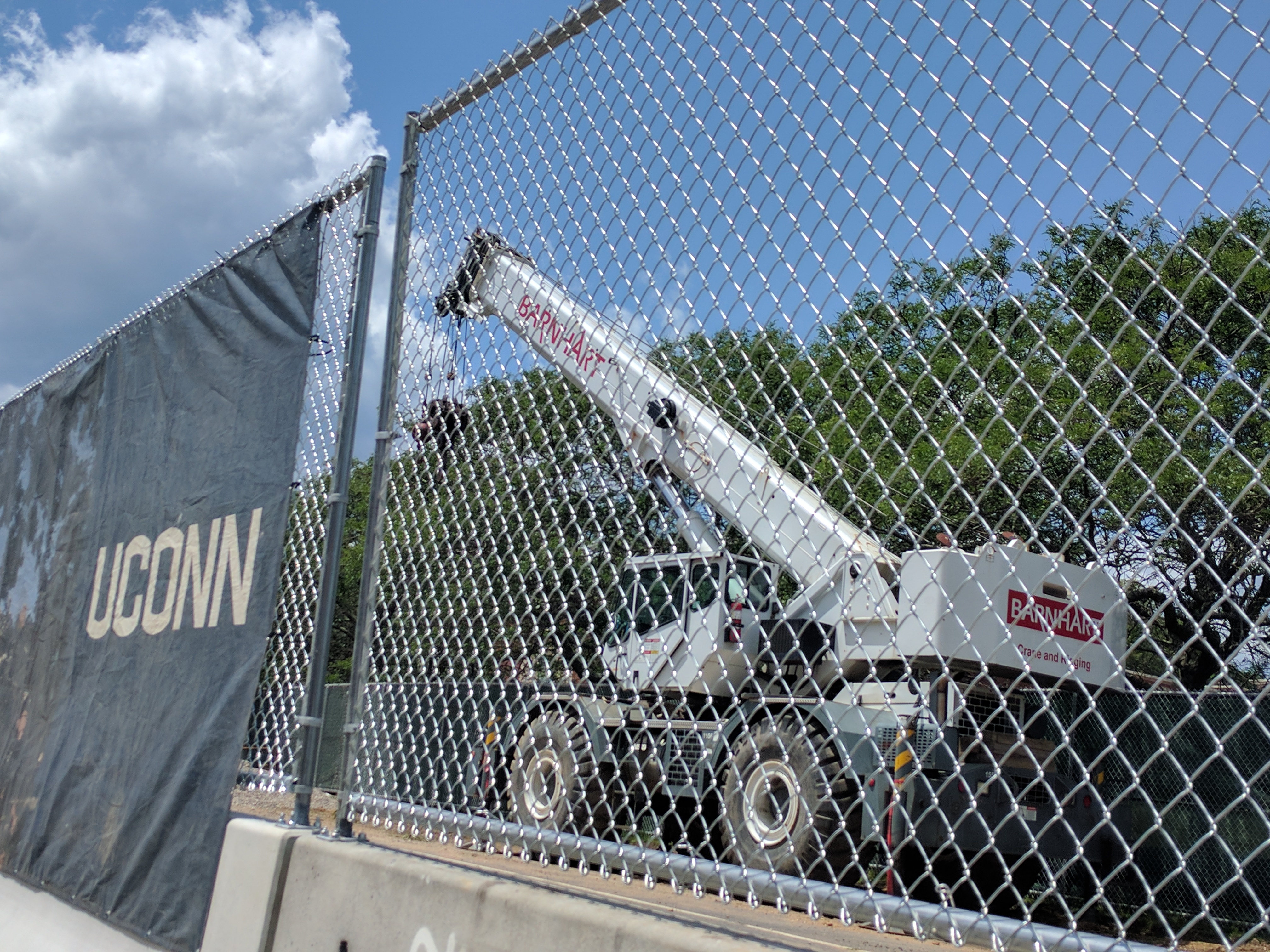 Construction at UConn on Wednesday

Hundreds of beds in dorm rooms will be left empty at the University of Connecticut next school year – even though thousands of applicants were denied enrollment at the public university.

The school can’t afford to hire the teachers and other staff necessary to accommodate more students. The tuition and fees a student pays cover about two-thirds of their costs, and the state is in no position to help UConn with additional funding to boost enrollment.

Rather, UConn is bracing for sizable state funding cuts.

So the budget UConn’s board adopted Wednesday is “about clinging to our accomplishments rather than dramatically moving forward in a way that we would have hoped,” Jeremy Teitelbaum, UConn’s interim provost, told the Board of Trustees.

The excess capacity is the result of an ambitious 10-year plan to spend $2.4 billion through fiscal year 2024 renovating existing buildings and increasing the number of dorms, classrooms and labs to accommodate an additional 6,580 students at the Storrs and Stamford campuses – a 22 percent increase.

Now, four years into the initiative – dubbed “Next Generation Connecticut” – new enrollment at the Storrs campus is about half of the 2,000 additional students that were planned by now. 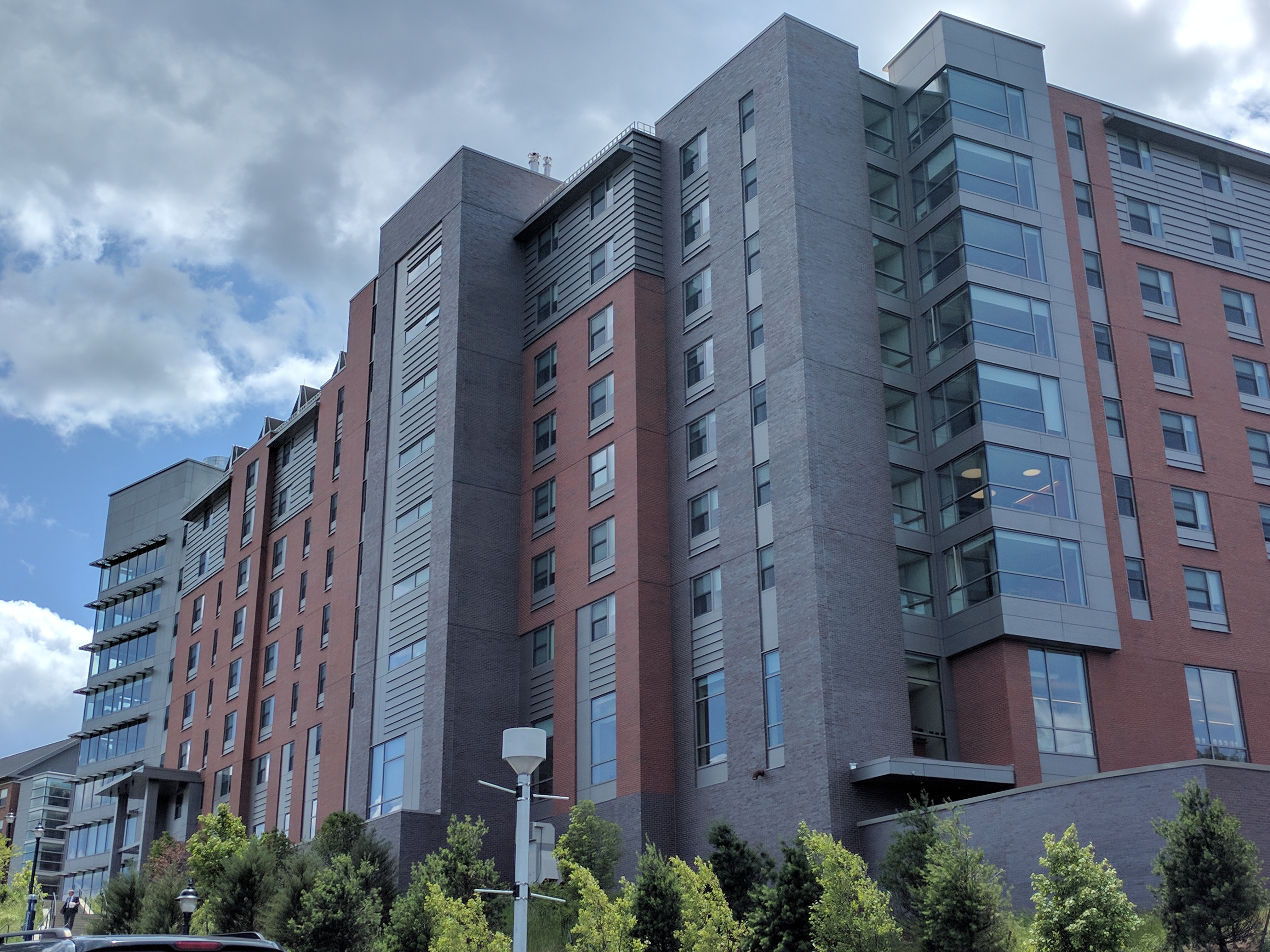 The new Next Generation dormitory

And on Wednesday, the system’s governing board amended its construction spending plan to push back $334.1 million in planning or construction in the fiscal year that begins next week, including work on a new $83.5 million dorm for honors students and a new $62.6 million research lab.

A lot of construction work is still underway at UConn — just on existing buildings, including the library and Gampel Pavillion. A new dorm called Next Generation opened last year, and some new projects funded by student fees are in progress, including a new recreation center.

The delay of a new dorm means about 700 additional beds will not be coming on line as planned. It is estimated that 500 beds will be vacant during the spring semester.

Scott Jordan, the university’s budget chief, said the school is not ready to retreat from its plan to boost enrollment and hire additional faculty, so the projects will be delayed – but not canceled – until the state can commit to additional spending.

“We have shifted our priorities as the operating support has declined,” he said. “We are not yet at a place where we would say this is permanent.” 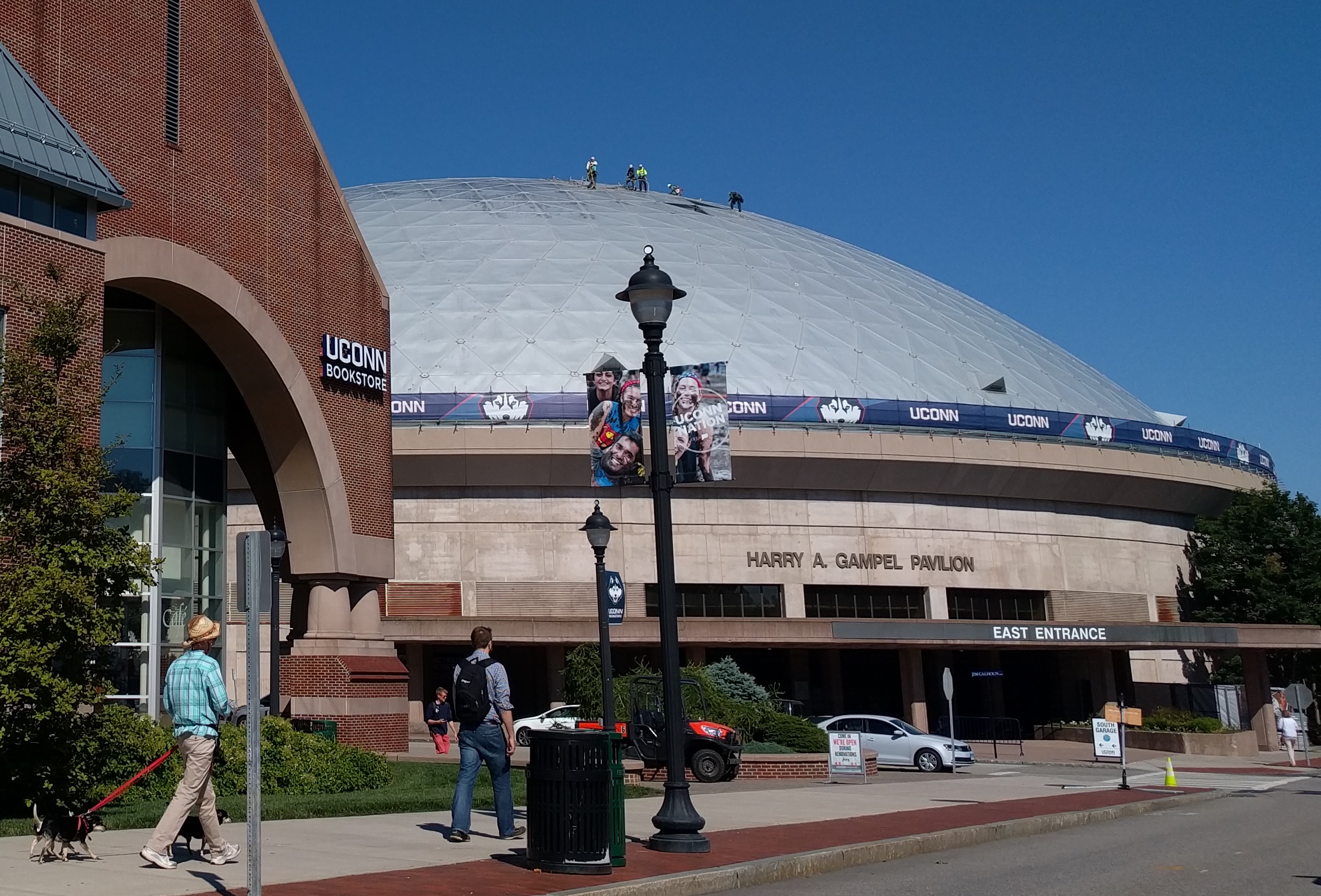 Workers working on major repairs to the roof of UConn’s Harry A. Gampel Pavilion Wednesday.