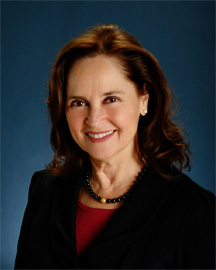 Washington — Connecticut voters were among those who provided public comment to the White House about the work of its voter fraud commission, and like most of those who weighed in, were highly critical of the effort.

“Your attempt to get voter information is undemocratic and un-American. Shame on you,” said a businessman from Norwalk who responded to the White House request for comment.

The “Presidential Advisory Commission on Election Integrity” chaired by Vice President Mike Pence and Kansas Secretary of State Chris Kobach, a Republican, had asked all state election officials for information about their voters — both public data and information that must be kept private under federal or state laws.

That provoked a backlash against the commission by nearly all of the nation’s voting officials, who were concerned the move violated states’ rights and was an attempt to suppress voting. The commission was created because President Donald Trump believes that millions of votes were cast illegally in November’s election, although that claim is unsubstantiated.

The White House on Monday asked states to hold off submitting the data until a federal judge decides whether the panel has done enough to protect Americans’ privacy.

Still, the public comments, some of them laced with profanities, indicate voter anger at the effort to collect voter information.

“Asking for voter identity information is contrary to everything this country and the ideals of democracy stand for,” said a commenter form Roxbury.

Another, from Vernon, said she was grateful the commission asked her for her view on “laws, rules, policies, activities, strategies and practices that undermine the American people’s confidence in the integrity of the federal elections processes.”

She then listed a number of things she said undermined her confidence in the election process, including “a president…who has yet to express his opposition to Russian interference in American elections,” and “voter suppression efforts targeted at voters of color, the working poor and students.”

While the comments were overwhelmingly negative, some supported the commission’s efforts.

“This is a necessary investigation since a lot of ineligible people voted in the last presidential election. If there is anything I can do, please let me know,” one commenter said.

Tina Prakash, a spokeswoman for Connecticut Secretary of State Denise Merrill, said the agency has received about 600 phone calls from state voters who are concerned about the White House’s request. Only four said they wanted Merrill to furnish the voting commission with all of the information it has asked for.

Prakash said the commission’s request included public information and that which is required to be kept confidential by federal and state law, including driver’s license numbers, information about protected individuals — including victims of crimes and law enforcement officers and court and correction officials — and partial Social Security numbers.

She said Merrill would release information the law allows to the White House if it followed state procedures for requesting that information.

In a letter to Kobach last week, Merrill said his request for information was “overly broad,” and she asked him a number of questions about the commission’s aim, including, “What is the purpose of providing the state voter database?” and “What is the commission’s role in protecting our electoral infrastructure from the sabotage of foreign nations or other types of malicious acts?”

The voting commission is scheduled to meet for the first time in Washington, D.C.,  on July 19. The panel has 13 members, including the secretaries of state from New Hampshire and Maine.