CT lawmakers prepare for 2018 campaign by raising lots of cash 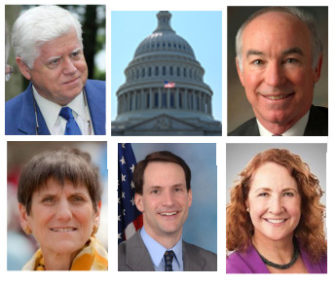 Washington – Connecticut’s members of Congress, all Democrats, are preparing for the pivotal 2018 elections by getting a head start in the campaign money race.

Rep. Elizabeth Esty, D-5th District, raised more money than any Connecticut member of the House of Representatives in the first six months of this year. Esty raised more than $620,000 and ended the first half of 2017 with more than $1 million in her re-election campaign fund.

Meanwhile, Esty’s Republican challenger, Craig Diangelo, reported to the Federal Election Commission that he’s raised $9,915 since entering the race in April and had $1,773 in cash on hand on June 30.

Rep. Jim Himes, D-4th District, who represents affluent Fairfield County and usually raises more campaign cash than any other Connecticut House member, raised about $542,000 and had nearly $2.2 million in cash on hand.

With the election about 15 months away, there is still time for challengers to mount a threat to Connecticut’s lawmakers.

But it may be hard to catch up with most of them as far as campaign cash since the Democratic incumbents have such a fundraising head start – and favorable districts.

Political analysts say the Connecticut lawmakers are defending seats that are safely Democratic.

But there could be quite a shakeup in House seat outside of Connecticut in the 2018 election that would propel the members of Connecticut’s delegation to the U.S. House into the majority.

In midterm elections — the ones in which there is no presidential contest — the party that doesn’t control the White House usually has an advantage.

Republicans have the majority in the U.S. House, but Democrats could gain control  if they win an additional 24 seats. That’s very possible, analysts say, especially if President Donald Trump has not been able to shore up his dismally low approval ratings.

Inside Elections, a nonpartisan analyst of congressional elections, says there will be 14 Democratic House seats in play next year, none of them in Connecticut, and 41 competitive Republican seats.