Washington – Congressional candidates in Connecticut are bracing for next year’s mid-term elections, which could shift power in the U.S. House and Senate and serve as a referendum on Donald Trump’s presidency.

The midterm elections are often sleepers because they lack the high-intensity drama of a presidential contest. But the number of competitive races expected to play out next year promise to make 2018 congressional races nail biters for both Democrats and the GOP.

That may be different in Connecticut, where congressional contests are likely to be overshadowed by hot races for governor and the General Assembly. But there are Republicans who have officially entered the congressional fray and others who are testing the political waters.

Carter, who lives in Bethel, said he is driven to challenge Esty “because it’s kind of tough to have one-party rule on the federal level.”

All five members of Connecticut’s congressional delegation are Democrats, as are the state’s two U.S. senators.

Still, Carter thinks he could break that GOP shutout, especially since the National Republican Congressional Committee (NRCC) “may be targeting that district.”

It will be a busy year for the NRCC and the national Republican Party as a whole. Midterm elections historically favor the party that’s not in power in the White House, and that would be the Democrats in 2018.

In addition, there are GOP concerns over Trump’s low popularity rating, which has dropped to 33 percent in some polls.

Like Carter, Craig Diangelo, 64, of New Britain, is a Republican willing to swim against that tide.

He’s officially in the race for the 5th District seat and says he’s drawn to run against Esty because of what he views as the detachment members of Congress have from the everyday problems faced by their constituents.

“Our elected representatives may talk the talk, but they don’t walk the walk,” he said. 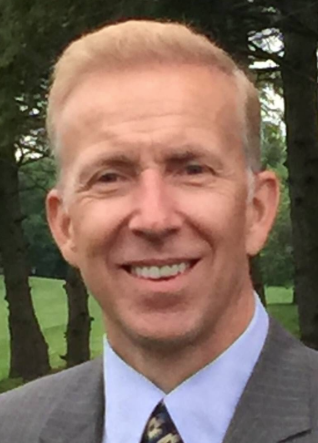 Diangelo was laid off three years ago from Northeast Utilities, now Eversource, after the company outsourced the jobs of many senior employees to foreign labor. He said he struggled to find work and health insurance. It was a dose of reality that motivated him to run for Congress.

Diangelo has some political experience, serving as a city councilman in New Britain from 1997 to 2001. But he’s raised less than $10,000 so far for his campaign, while Esty has more than $1 million in her campaign war chest.

Branford businessman Dominic Rapini is a Republican who has set his sights on unseating Sen. Chris Murphy, who faces his first re-election to the Senate next year.

Rapini said he was drawn to the race because he objects to Murphy’s partisan rhetoric and the “lack of productivity” in the Senate.

“I think we need a better alternative,” he said.

To Rapini, there are too many lawyers in the U.S. Senate and too few businessmen.

“We need more diversity,” he said. “When I look at the U.S. Senate, it’s very homogeneous.”

But he said the fundraising gap doesn’t worry him.

Other Republicans are also considering a run for Congress, said Connecticut Republican Party Chairman J.R. Romano. “They recognize that we are not represented well in Congress,” he said.

But it may be tough to break the Democratic lock on the Connecticut Democratic delegation. 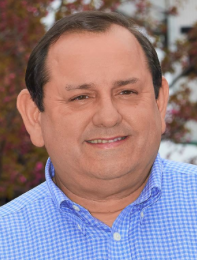 Political analyst Charlie Cook said in a recent blog that the midterm elections are never about issues — and that could hurt the GOP next year.

“I have never seen a party win a midterm election on the issues; midterms are always a referendum on the party in power,” Cook said.

He and other political analysts have put Murphy’s senate seat and the five Connecticut House seats in the “safely Democratic,” column.

Yet University of Connecticut political science professor Ron Schurin said “there’s always the possibility that at the gubernatorial level the Republicans will do very well and that could counteract the ‘Trump effect’” on down-ballot races.

That may be especially true in Esty’s 5th District, which has been represented by Republicans before and was lost by Trump by only about 4 percent of the vote.

But Schurin also pointed out that the big wins enjoyed by former Republican governors  John Rowland and Jodi Rell did not result in coattails that helped GOP congressional candidates.

“(U.S. Rep.) Joe Courtney carries a map of his district with towns that went from Obama to Trump to remind him to connect with people,” Schurin said.