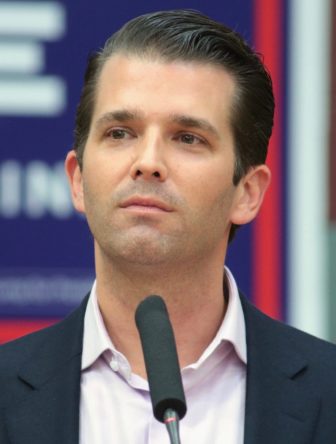 “There’s all the more need for him to come to a public hearing because there were gaps in his answers and because he raised more questions than he answered,” Blumenthal said.

Judiciary Committee staff handled the questioning of Trump Jr., who set up a meeting with a Russian lawyer a few months before the 2016 elections because she said she had damaging information about his father’s political rival, Hillary Clinton.

Blumenthal and a handful of other committee members watched the questioning, without participating in it. He said the hearing was “cordial, non-confrontational and matter-of-fact.”

“And if Donald Trump declines to appear, he should be subpoenaed,” Blumenthal said.

In it, he said he met with the Russian lawyer because it was important to learn about Clinton’s “fitness” to be president.

Despite his interest, Trump Jr. said he always intended to consult with his own lawyers about the propriety of using any information the lawyer, Natalia Veselnitskaya, who has ties to the Kremlin, gave him at the meeting.

Trump Jr. has publicly said he ultimately received no information about Clinton from the Russian lawyer.

The Senate Judiciary Committee is one of three congressional panels investigating possible ties between the Trump campaign and Russia.

“We have a responsibility to oversee the Department of Justice and the integrity of the FBI, which was potentially endangered by the firing of (former FBI Director) James Comey,” Blumenthal said. “If that firing by the president was intended to shut down the investigation of Russian interference in the election, and possible collusion by the Trump campaign, it may be obstruction of justice.”

Blumenthal said the Judiciary Committee has many more witnesses to question – former Trump campaign chairman Paul Manafort is one of them.

“There is a lot more ground to cover,” he said.

Nonetheless, Blumenthal said he thinks the panel’s investigation will conclude before the end of the year.