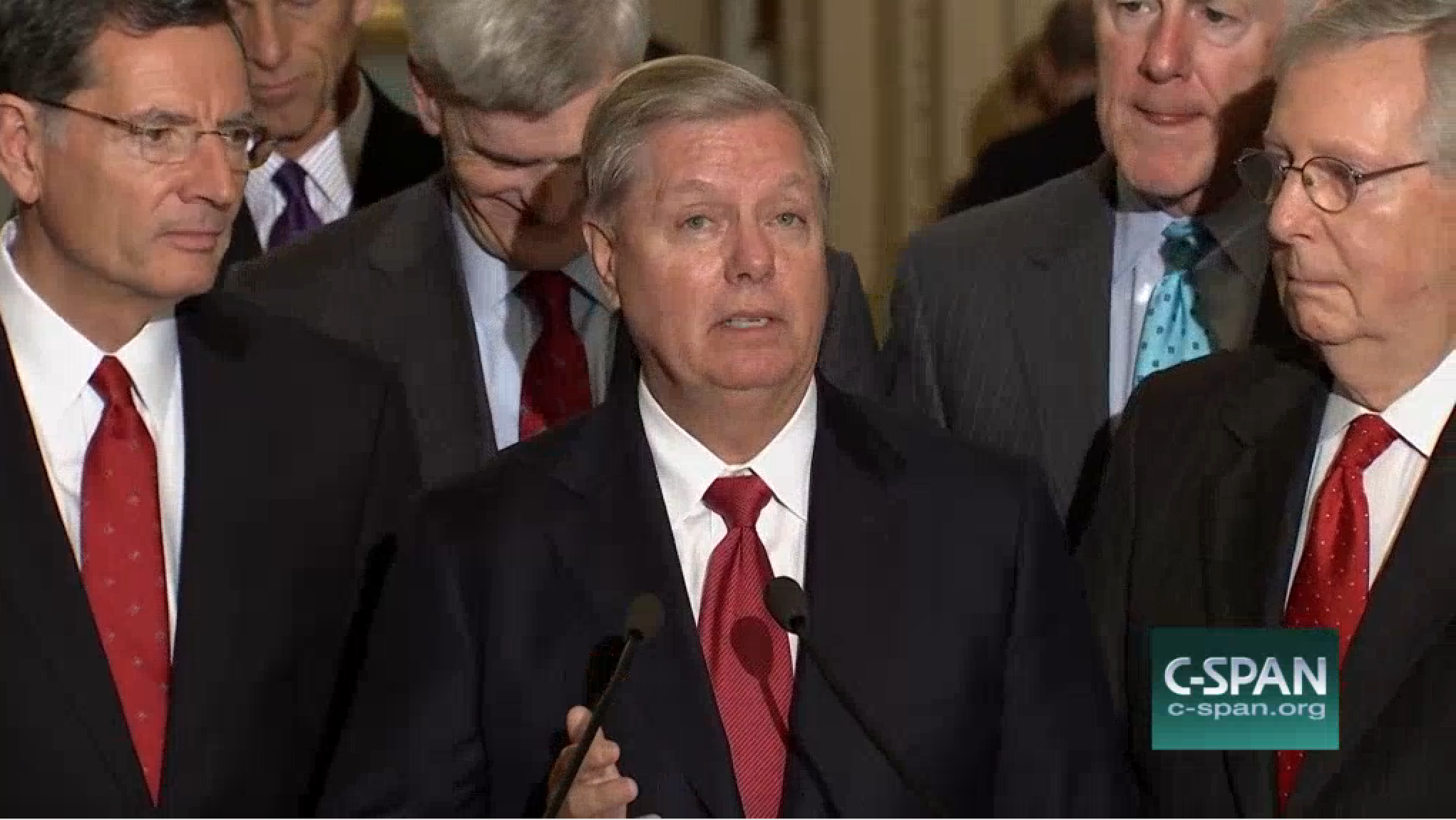 Sen. Lindsay Graham, at podium, with other Republican senators announcing there would be no vote on the latest attempt to repeal and replace the ACA.

Washington –  While GOP Senate leaders threw in the towel Tuesday on their latest attempt to repeal and replace the Affordable Care Act, Sen. Chris Murphy said he expects new challenges to the Obama-era health care law.

“I don’t think Republicans can quit this,” Murphy said. “This is going to come back over and over again.”

After their weekly luncheon caucus meeting Tuesday, GOP leaders said there would be no vote on a bill sponsored by Sens. Bill Cassidy, R-La., and Lindsay Graham, R-S.C.

On Monday Sen. Susan Collins, R-Maine, came out against the bill, joining Sens. John McCain, R-Ariz., and Rand Paul, R-Ky., who were also opposed to the measure.

Republicans could only afford to lose two GOP senators of their 52-member caucus to create a tie in the Senate, allowing Vice President Mike Pence to cast the deciding vote.

But President Donald Trump on Tuesday indicated he was not through with his efforts to repeal Obamacare. He also said he was “disappointed” in several senators, in an apparent reference to McCain, Paul and Collins.

“At some point, there will be a repeal and replace, but we’ll see whether or not that point is now or whether it will be shortly thereafter,” Trump said. “But we are disappointed in certain so-called Republicans.”

Murphy said the possibility of another attempt to repeal and replace the ACA meant “there’s no celebration today” among Democrats, who in the Senate unanimously opposed GOP attempts to end the ACA.

The GOP may try to tie a repeal and replace bill to the 2018 budget. But that vehicle has been eyed as a way to pass a tax reform bill, and adding a health care overhaul to it could be messy, some Republican senators say.

Murphy, a member of the Senate Health, Education, Labor and Pensions Committee that held hearings earlier this month to try to find a bipartisan fix to the ACA’s problems, said that effort could be revived.

It ended when Senate GOP leaders began pushing for a vote on the Graham-Cassidy bill, legislation the  Congressional Budget Office said Monday would drastically cut Medicaid and lead to millions of additional Americans not having health insurance.

“We were 80 percent of the way there, and it’s simply up to the Republicans if they want to re-engage,” Murphy said of the bipartisan effort at health care reform.