Teachers would pay more for pensions, but big funding shortfalls would persist 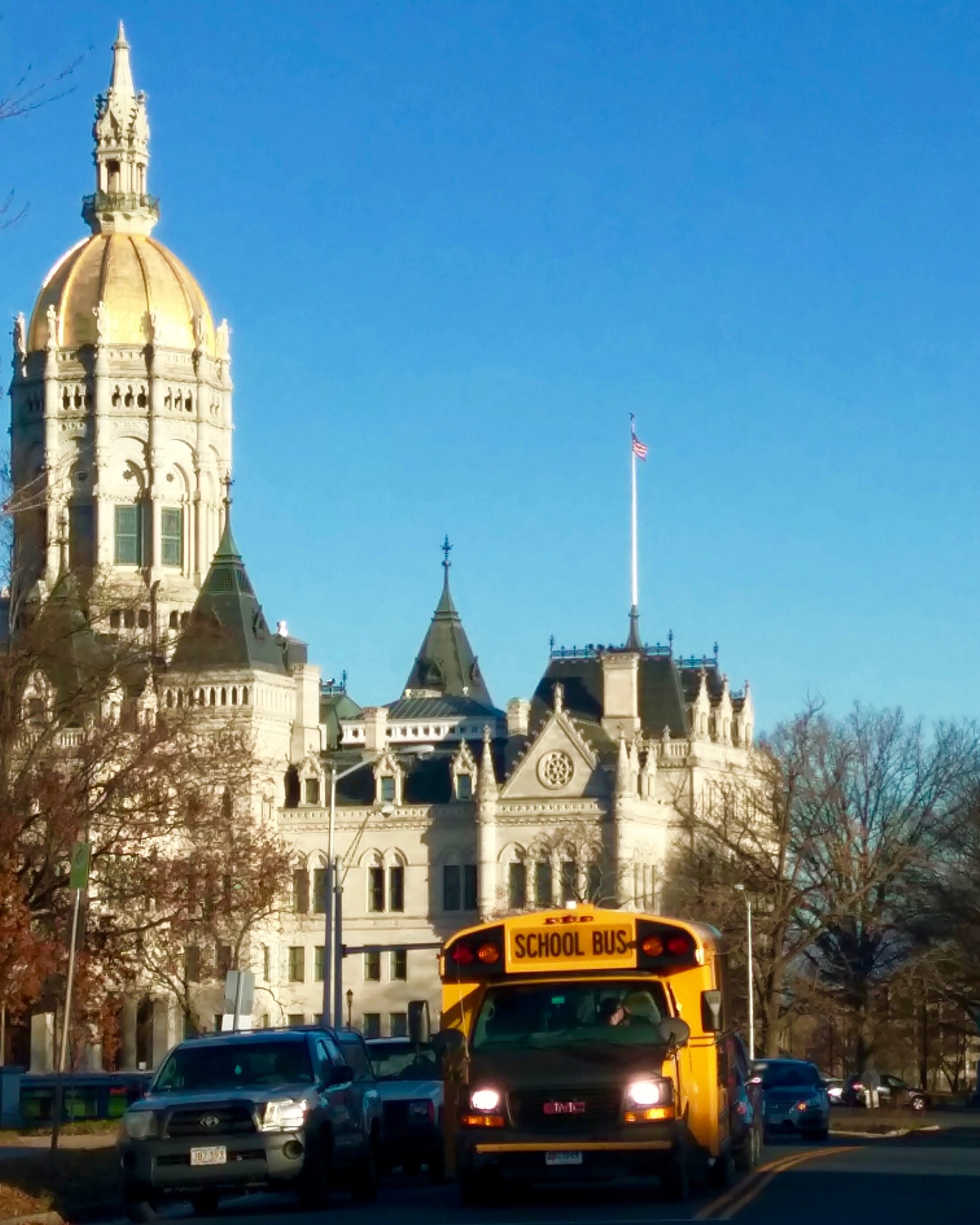 State spending on retired teachers’ pensions has been the fastest growing cost in state government in recent years – so changes were seemingly inevitable when the spotlight on it intensified during this legislative session.

After months of wrangling over how to begin reining in these costs, Republican and Democratic legislative leaders settled on having public school teachers and other educators pay an additional 1 percent of their salary toward the pension fund – a $775 yearly increase for the the average teacher and school administrator starting next fiscal year. The General Assembly is expected to vote on the change next week.

So what impact will this have on this troubled state pension system? And why have solutions to fixing the chronically underfunded system been so hard to come by? Here are four things to know about the system, which provides pensions to about 36,000 retired Connecticut public school educators each year.

Increased contributions will not help much with skyrocketing costs

The $1.3 billion that the state will contribute this fiscal year toward teachers’ pensions is slated to skyrocket to $6.2 billion over the next 15 years if no changes are made, according to a study prepared for the state in 2014 by the Center for Retirement Research at Boston College.

The increased contributions from teachers will barely make a dent in controlling those costs, however. The legislature’s non-partisan fiscal staff estimates a 1 percent increase in contributions will provide $38 million a year. Over the next two fiscal years, costs are expected to increase $176 million.

Gov. Dannel P. Malloy has been trying to convince legislators to make structural changes to the teachers’ pension system to help smooth out the escalating costs for the state. The solution he pitched initially would have municipalities begin picking up $400 million of the bill annually. After it was apparent that was a nonstarter with legislators, he offered a compromise — having towns pick up only the costs tied to present-day teachers and not the massive unfunded liabilities from the past that the state is on the hook for. That compromise would have cost cities and towns $200 million.

In their tentative budget agreement announced Wednesday, legislative leaders rejected  having municipalities pick up any of the pension costs.

“We held firm that the teachers’ pension benefits were not put on cities and towns,” House Republican Leader Themis Klarides told reporters at the state Capitol Thursday.

House Majority Leader Matt Ritter of Hartford said the state’s teachers’ unions told him that requiring municipalities to pick up some of the pension costs was a line that should never be crossed.

“We have heeded their warning,” Ritter said.

But the unions also opposed having teachers pay more – describing the added pension contributions called for in the budget agreement as a “teacher tax” meant to help close the state’s budget deficit.

“Teachers have made concessions in other areas, such as health insurance,” said Donald Williams Jr., executive director of the state’s largest teachers’ union and formerly the  Democratic leader of the state Senate.

Asked Thursday how much weight he would give to a structural improvement in funding for teachers’ pensions in considering whether to veto a budget sent to his desk, the Democratic governor was non-committal, noting that he has essentially been shut out of the bipartisan budget negotiations between legislative leaders.

The teachers’ pension fund is in such poor fiscal health because for decades state lawmakers promised future benefits to teachers but failed to put away enough to pay for them.

That’s probably no longer an option.

In 2008 the legislature and then-Gov. M. Jodi Rell approved about $2 billion in borrowing to bolster the teachers’ pension fund. In the bond covenant— the contract between the state and its investors — Connecticut pledged to contribute the full amount recommended annually by fund analysts for the 25-year life of the bonds.

However, there have been some signals this session that the legislature might be willing to test whether there is any wiggle room in that commitment. A budget deal between Democratic leaders and the governor that failed to pass the legislature would have given the Teachers’ Retirement Board the authority to set a new payment schedule.

This could set the state up for a legal conflict with its bondholders, but the state also has been researching options to avoid that by paying off the pension obligation bonds early. Connecticut’s attorney general has not been asked for an opinion on the state’s options.

It’s unclear whether the bipartisan budget deal gives the Teachers’ Retirement Board the authority to set up a new payment schedule without a legislative signoff on the plan. 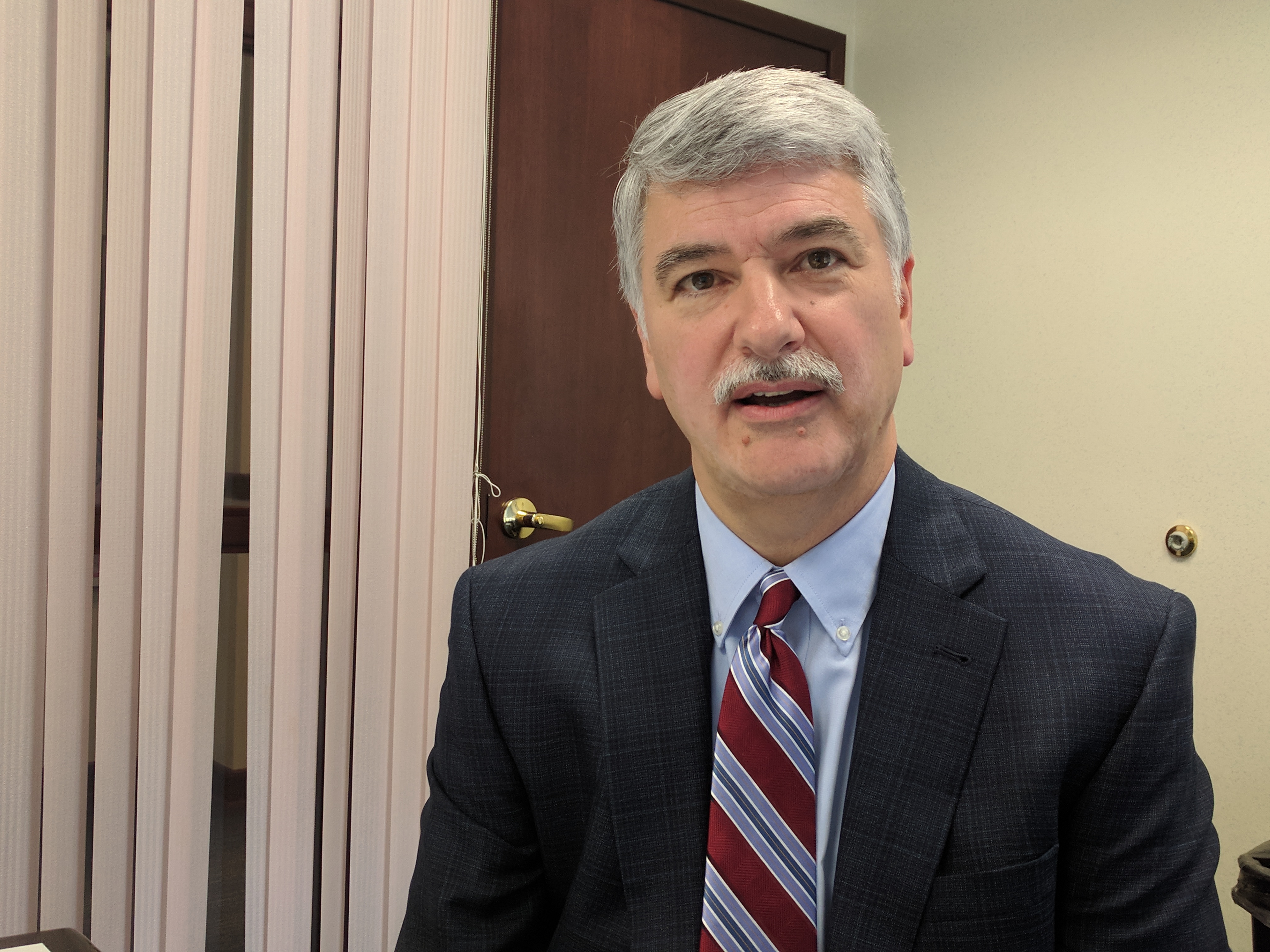 Williams of the Connecticut Education Association said restructuring the payment schedule is necessary.

“We support a restructuring of the debt,” he said during an interview Thursday. “We think that is a necessary tool. … This would essessentially be the equivalent of refinancing a home mortgage in order to smooth out the payments over time. It makes a lot of sense.”

Separately, legislative leaders believe they have fixed a potential federal tax violation by putting the additional teacher contributions directly into their pension fund. The budget the governor vetoed would have put the money in the state’s General Fund, which would have violated federal pension laws that require contributions be taxed if they are not directly put into the pension system.

Having teachers join Social Security not a solution

At the urging of the teachers’ union decades ago, the state elected not to make its teachers eligible for Social Security. Instead of having teachers and the state make contributions to the federal retirement system, lawmakers opted to continue the state’s own pension system.

It’s seems to have been a good move for teachers and should have been for the state.

The average pension awarded to Connecticut teachers and education administrators retiring in 2016 was $59,364, according to the legislature’s non-partisan fiscal office. The average pension for those retiring over the last 10 years was $47, 400, according to TeacherPensions.org, which tracks national data. By comparison, the maximum Social Security benefit awarded to workers retiring in 2017 at their full retirement age is $32,244, according to the Social Security Administration.

To participate in Social Security, educators and the state each would have to contribute 6.2 percent of each educator’s salary. For the state-run plan, in order to cover the future pension costs of current school staff, the state would have to contribute 4.56 percent of their salary this year. However, the contribution is much higher now because of the underfunding misdeeds of the past.

“There is no question that the state has saved considerable amounts of money by the way that this was structured,” said Williams. “Because at its base cost, the state’s system is below the cost of Social Security. I can’t think of a way that you restructure it where the state is paying less.”

The legislature’s research arm released a report earlier this year looking at the possibility of making teachers also eligible for Social Security while restructuring their present pension benefits. Connecticut is one of 13 states whose teachers don’t participate in Social Security.

The research office concluded that savings might be possible if benefits and contribution rates for the state-run system were “reconfigured to provide a less generous benefit” to make up for increased costs for joining Social Security.

Robin Kaplan-Cho, the CEA’s point person on teachers’ retirement benefits, said that other states have studied the issue and have concluded it doesn’t make sense to move toward Social Security. (See the lengthy study Ohio did here.)

“CEA has always been opposed to joining Social Security,” she said. “We want to preserve the current retirement benefits and structure of the system that we think benefit active current teachers, and we think they are needed for future teachers. If we want to attract the best people to teaching, why wouldn’t we want to have the best retirement system that we can.”

In neighboring Massachusetts, where teachers don’t participate in Social Security, teachers must contribute 11 percent of salary toward their pension, and the average retired teacher retiring in the last ten years received an annual pension of $38,600. In Connecticut teachers paid 6 percent for the $47,400 average pension. In Texas, where teachers must contribute 7.7 percent of their salary, the average pension is $44,556. (See state-by-state average teacher pension amounts here.)

Legislative leaders say Connecticut’s overall benefits for teachers, including such things as health care and pension contribution rates, are either middle-of-the-pack or favorable to the teachers, depending on what is considered and who you ask.

“If you go to the bank and you deposit money into your bank account, that’s not a tax – that’s helping you in the future. This is helping them in the future, and quite frankly it’s still not even close to the national average,” said Klarides.

“We all compromised. We don’t necessarily love it, but contributions have been going up everywhere else. State employees are paying more,” he said. “We are asking our teachers who do great services throughout the state of Connecticut to pay an additional 1 percent of their payroll to secure their pension and pay into it overall.”

But the union views the increase as punishing teachers for the state’s failure to pay its share of the costs over the years. That shortfall is largely responsible for the system’s $13.2 billion in unfunded liabilities now.

“Teachers had no responsibility for it. Teachers fulfilled their end of the bargain,” said Kaplan-Cho.