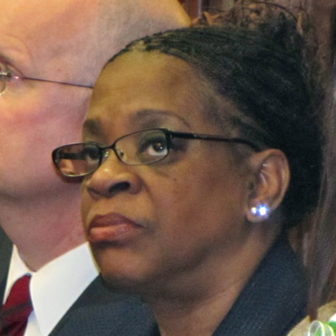 It’s been nearly three years since Connecticut has had to dip into funds for capital projects to pay its operating bills.

But thanks to the long-running state budget impasse, the state’s cash flow problems could be back — in a slightly different way.

State Treasurer Denise L. Nappier warned in her most recent monthly debt report that this time around, Connecticut might need to temporarily transfer operating funds to cover its capital program.

The state uses this program to finance municipal school construction, road and other infrastructure upgrades, building programs at public colleges and universities, state building repairs and other projects.

Even with adoption of the new biennial budget in late October, “additional time will be required to properly stage and complete … bond sales,” Nappier wrote. “As a result, temporary transfers between bond proceeds investment accounts and the cash pool may be necessary over the coming months.”

Connecticut operates from a common pool that mingles tax revenues, federal grants and receipts from fees and licenses with borrowed funds. The treasurer’s office is allowed to transfer funds between operating and capital programs.

Though it is done infrequently, this flexibility was employed on several occasions both in 2009 during the last recession and again between 2012 and 2014 when bills exceeded available tax and other operating fund receipts.

A combination of a sluggish, post-recession economy coupled with decades’ worth of budgetary accounting gimmicks had drained operating cash substantially five years ago. At one point in May 2012, the state had $121 million in its common cash pool — while weekly disbursements were averaging about $540 million.

Gov. Dannel P. Malloy and the legislature ultimately solved this problem in 2013 when they approved borrowing roughly $560 million to improve the cash flow situation.

The latest challenge, though, involves capital spending and the bonds issued on Wall Street to finance various projects.

When the regular 2017 legislative session ended in early June without adoption of a state budget, it also meant Connecticut did not have the new revenue schedule it routinely would provide to potential bond investors.

State bond sales were postponed as the budget battle dragged into late October. Meanwhile, capital programs had to proceed, as best as possible, drawing upon already borrowed funds.

The state has issued no bonds to date this fiscal year to support its capital program, compared to the $1.3 billion it had issued at this point one year ago.

The next State Bond Commission meeting is scheduled for Nov. 29 and could pave the way for a bond sale in the near future.