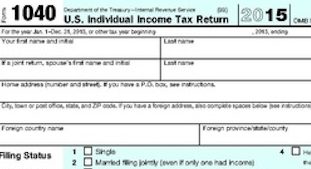 Washington – Connecticut’s accountants are frustrated that they can give clients only limited advice about a massive federal tax overhaul underway in Congress, and some predict there will be more losers than winners among individual taxpayers in the state.

“They are likely to see their federal taxes increase next year, and they should be aware of that,” said Bonnie Stewart, executive director at the Connecticut Society of CPAs.

Stewart said the state’s certified public accountants are being deluged by clients, both business owners and individuals, asking how they would fare under the new tax bill.

“The calls are coming in to accounting offices across the state,” she said.

But without a final bill, there is limited information the state’s accounting professionals can give clients.

“On the individual side, there’s not great news for Connecticut residents,” Stewart said, but the tax overhaul may be “more positive on the business side.”

As far as individuals, Stewart said she cautions against buying a new home or making another large financial decision before the House and Senate negotiate a final bill that reconciles differences in the separate bills each chamber has approved.

Still, that final bill is likely to hurt many individual taxpayers in Connecticut, and other states with high state and property taxes, like California, Maryland and New York, whose taxpayers have benefited from deducting the cost of those levies on their federal tax forms.

Andrew Lattimer, a CPA at BlumShapiro, said he’s telling Connecticut clients to pay property taxes due early next year before Dec. 31, so they can deduct them under current IRS rules. The new tax bill would not take effect until the 2018 tax year.

Lattimer said taxpayers who may benefit from a final tax bill’s lower rates on individuals may want to “push income from 2017 to 2018,” that is, ask their companies to delay year-end bonuses and other payments.

But the problem for CPA’s like Lattimer is that it’s hard to tell right now whether a client will benefit from a lower rate in the tax bill. The House bill shrinks the current tax brackets from seven to four, while the Senate plan would keep seven brackets but lower the rates on some of them, especially on those earning $500,000 to $1 million. 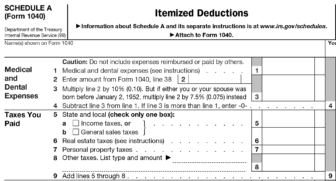 Both the Senate and House bills would lower the top corporate rate from 35 percent to 20 percent. But the Senate bill implements the cut in 2019, while the House bill initiates the new rate next year.

Lattimer said there are other changes in the tax bill, both good and bad for corporations.

On one hand, big companies would be limited in the amount of interest they could deduct, on the other the tax bills would further improve depreciation rules, which Lattimer said “are already very favorable right now.”

Partnerships, sole proprietorships and limited liability companies in Connecticut, so-called pass-through businesses that are now taxed at the individual rate, may benefit from the House and Senate plans.

But the House and Senate have taken different approaches to lowering taxes for  pass-through businesses. The House bill would cap their tax rate at 25 percent, the Senate bill would allow the businesses to take a 23 percent deduction on their income, but continue to tax these businesses at the individual rate.

And law firms, doctor’s offices and other “service businesses” that earn over $250,000 wouldn’t be eligible to benefit from the new pass-through rules.

To Lattimer, advising clients is difficult because the new tax rules haven’t been finalized, and are more complex.

He also disagrees with GOP leaders that the tax overhaul will make filing your taxes much easier, so much so, says House Speaker Paul Ryan, R-Wis., that individuals “could file them on a postcard.”

“Everything they are putting through has made things more complicated,” Lattimer said.

John Evanich, a retired CPA from Wallingford who teaches tax courses at CPA firms and state CPA societies across the nation, also said it’s difficult to advise businesses who are trying to do year-end tax planning.

“We tell them to do the planning based on the tax laws of today,” he said. “When we see what’s in the final bill, then we can run some numbers.”

Surprise in next year’s paychecks

About 41 percent of Connecticut’s tax filers itemized deductions in 2015. Several analysts say that could drop dramatically when the final tax bill is implemented in 2018.

Evanich said the loss of the personal exemption, currently $4,050 for each family member, will reduce the impact of a higher standard deduction, especially for large families.

“Everybody is not going to gain for sure,” Evanich said. “Unfortunately there are going to be more losers than winners.”

As the House and Senate reconcile their differing bills, there could be some changes that benefit individual taxpayers.

California Republicans are pressing for a change that would allow taxpayers to take a deduction of up to  $10,000 for either property taxes paid or state taxes paid.

But any changes favorable to individual taxpayers would probably have to be paid for by shrinking benefits for corporations.

Over the weekend, President Donald Trump broached the possibility of a 22 percent corporate rate. Each percentage point the corporate rate increases is worth about $100 billion over a decade.

But Trump’s willingness to cut corporate rates less was not enthusiastically received by GOP negotiators of a final tax bill.

Meanwhile, many working taxpayers in Connecticut could see reduced paychecks next year.

Stewart said the Internal Revenue Service isn’t likely to have new withholding tables for 2018 ready for awhile after the new tax bill goes into effect.

That means there may be a big “catch up” in withholding from the paychecks of those whose taxes will increase next year, as well as smaller paychecks after that, Stewart said.

“There’s no doubt in my mind that when the final bill passes, some people will be taking a big hit,” Stewart said.