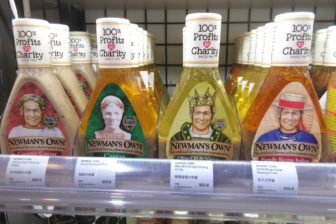 Newman’s Own salad dressing at the market

Washington – The Westport-based Newman’s Own Foundation was on the verge of securing a provision in the federal tax overhaul that would have spared it from an unusual 200 percent tax hike it is facing, when the Senate parliamentarian forced lawmakers to strip it out of the massive bill.

That decision could result in the sale of late actor Paul Newman’s food company and “significantly damage the foundation’s ability to give grants at anywhere near the level we have been doing in the past,” said Bob Forrester, president and CEO of the Newman’s Own Foundation.

All profits from the sale of Newman’s Own food products are given away though the foundation, which has to date donated $512 million to charities helping veterans, children with cancer, low-income students and dozens of other causes.

The foundation had been seeking a permanent solution to its tax problem for years. The problem was created when Paul Newman died and left his food company to his foundation.

Foundations are barred by a 1969 tax law from owning more than a small stake in private businesses to prevent wealthy people from using foundations as tax shelters.

That tax law imposes a 200 percent excise tax on foundations that don’t unload their businesses after five years. When that grace period was up for the Newman’s Own Foundation in 2008, it received a five-year extension from the Internal Revenue Service. That extension expires next November, when the 200 percent tax rate for the foundation would kick in.

“This is a penalty that would make you go out of business,” Forrester said.

“This was not a tax break; it was more of a technical correction,” Forrester said.

But the Senate parliamentarian ruled the provision – as well as nearly a dozen others – violated the “Byrd rule,” named after a former Democratic senator from West Virginia, that sets restrictions on the legislation that can be passed under the budget reconciliation process, the process GOP Senate leaders used to pass the tax bill because it prevented Democrats from derailing it through a filibuster.

So provisions that violated the Byrd rule were stripped from the final bill approved by the House and Senate this week.

“I was stunned,” Forrester said. 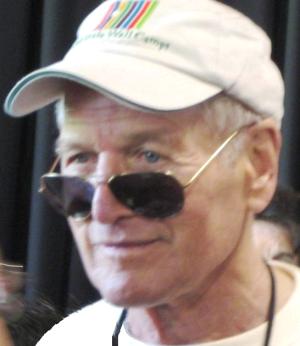 Besides the measure to help the Newman’s Own Foundation, a tax break for people hit by flooding in the Mississippi Delta and another for tax-preparation programs for poor people also were removed from the final bill.

Forrester said the Newman food company pays corporate taxes. He said he had received support from key lawmakers in previous Congresses for the exemption that would shield the foundation from having to also pay the 200 percent excise tax.

“Our champions on this have been terrific and steadfast,” he said.

But there was no tax vehicle to attach the exemption to in previous Congresses. Forrester is hoping for another opportunity soon, or the foundation would be forced to divest itself of the food and beverage company that accounts for all of its revenue.

Forrester said the Newman food company is hard to sell because so much of its value in consumers’ eyes comes from its vow to donate “100% of profits to charity.”

Forrester also said he is committed to continuing the work of the foundation in any way possible.

He also said there’s about two dozen for-profit companies that have followed Newman’s formula of giving all their profits to charity, and many will face the same problem when their owners die.

Editor’s note: The Newman’s Own Foundation has been a past contributor to the Mirror.