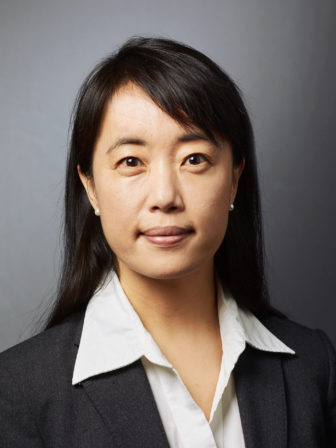 Washington – Rep. Rosa DeLauro has invited Yale professor Bandy X. Lee, a forensic psychiatrist who has tackled the issue of President Donald Trump’s mental health, to a gathering of fellow Democrats at her Washington, D.C., home next week.

Lee recently briefed a dozen members of Congress on the president’s mental state.

And this week Lee and two professors from Columbia University released a statement, signed by 100 psychiatrists, that said, “We believe that (Trump) is now further unraveling in ways that contribute to his belligerent nuclear threat.”

The statement was a reaction to a series of Trump tweets in response to North Korean leader Kim Jung Un’s claim about a “nuclear button” on his desk, and that the country’s nuclear weapons could reach all of the United States. Trump tweeted  he had a nuclear button that is “much bigger and more powerful” than Kim’s, a statement many took to be a threat of nuclear war.

“We urge that those around him, and our elected representatives in general, take urgent steps to restrain his behavior and head off the potential nuclear catastrophe that endangers not only Korea and the United States but all of humankind,” said the psychiatrists’ statement.

In October, Lee edited a collection of 27 essays from mental health professionals titled “The Dangerous Case of Donald Trump.”

She did not respond to a request for comment.

Will Serio, DeLauro’s campaign spokesman, said the lawmaker, who represents the New Haven area in Congress, invited Lee to speak to fellow Democrats next week at a salon-like dinner, an event she hosts regularly on Wednesdays.

Serio said Lee was invited to allow a constituent from New Haven  to “make her case” before other lawmakers.

She also said that if the president were not fit “he probably would not be sitting there, wouldn’t have defeated the most qualified group of candidates the Republican Party has ever seen.”

An explosive book about the Trump White House, released Friday, said there was concern by close advisers about the president’s mental state. 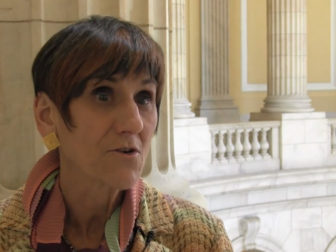 “Everybody was painfully aware of the increasing pace of his [Trump’s] repetitions,” author Michael Wolff wrote. “It would be inside of 30 minutes he’d repeat, word-for-word and expression-for-expression, the same three stories — now it was within 10 minutes. Indeed, many of his tweets were the product of his repetitions — he just couldn’t stop saying something.”

Trump has called Wolfe’s book, titled “Fire and Fury,” a malicious fabrication and tried to stop its publication.

In it, Wolfe wrote that former chief strategist Steve Bannon predicted there was a one-in-three chance that Trump would have to resign under pressure of the 25th Amendment because of mental incompetence.

The 25th Amendment allows for the removal of the president from office if the vice president and a majority of the Cabinet – or Congress — deem him physically or mentally “unable to discharge the powers and duties of his office.”

The amendment is purposefully set up to require a high burden of proof, and there is no evidence that Vice President Mike Pence or the majority of Trump’s Cabinet will abandon their support for him.