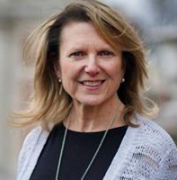 Julie Kushner of Danbury, a longtime political and union organizer as a UAW leader and co-chair of the Connecticut Working Families Party, said Thursday she is running for state Senate, hoping to tap into the wellspring of political activism by women generated by the election of Donald J. Trump as president.

Kushner, 65, who is retiring in June from the UAW, is seeking the Democratic nomination and the cross-endorsement of the Working Families Party in the 24th Senate District, potentially setting the stage for a liberal challenge to one of the legislature’s more conservative Republicans, Sen. Michael McLachlan of Danbury.

“Now is the moment for women to step up and progressives to step up,” Kushner said in an interview. “We have to change the political landscape in our state legislature and across the country.”

Kushner is the second Democrat to open a campaign for the seat. Ken Gucker, the Democratic nominee in 2016, also has a campaign committee. He could not be reached for comment.

McLachlan holds a seat last won by a Democrat in 1992. He was first elected in 2008, succeeding David Cappiello, who ran for Congress instead of re-election. McLachlan was re-elected in 2016 with 52 percent of the vote, losing Danbury but handily winning the district’s suburbs of Bethel, New Fairfield and Sherman.

Democrats unseated Republicans to win control of local governments in New Fairfield and Sherman in the 2017 municipal elections.

“I think there is a momentum right now,” Kushner said. “You see it all over the country. You also see it in this district.”

Kushner is the director of a UAW region that covers New England, Puerto Rico and portions of New York, including New York City. She was a Hillary Clinton delegate at the Democratic National Convention, while McLachlan was a Trump delegate at the GOP convention.

McLachlan said he was unsure what the 2017 municipal elections in New Fairfield and Sherman indicated, other than a desire by voters for a change.

“All politics is local. Thank God they are,” he said. “There were issues that were important to voters in both those communities that said it was time for a change.”