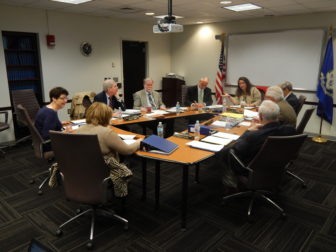 A new report asserts state government could save as much as $260 million per year — and potentially more in the future — by ensuring all service contracts are subjected to competitive bidding.

But that approach, recommended by a subcommittee of the State Contracting Standards Board, also could drain major funding from the network of private, nonprofit agencies that provide the bulk of state-sponsored social services. This network has argued for more than a decade that it’s been under-funded while trying to serve increasing needs.

After reviewing all open contracts from the 2015-16 fiscal year, the contracting board’s Data Analysis Work Group found that 55 percent were not subject to competitive bidding.

And among those contracts, 73 percent of personal service agreements were not competitively bid.

“We believe a robust competitive procurement process will lower costs to the state,” the working group wrote in a report that the full contracting board will consider in February.

Applying that same range of potential savings to all outstanding contracts — not all of which expire within the same year — would produce an aggregate savings of $824 million to $1.2 billion by the time all state contracts cycle through.

In other words, if the state were to mandate competitive bidding in all cases year after year, the initial annual savings of $174 million to $260 million would grow steadily over time as more contracts are subjected to this competitive process.

“The state does not appear to be optimizing its opportunities to lower procurement costs with current practices,” the work group wrote.

The panel also recommends that:

State agencies may waive competitive bidding for several reasons, including:

Contracting board member Alfred Bertoline, a certified professional public accountant for 35 years and chairman of the work group, said the report is not intended as a criticism of state agencies and departments. But unless procurement issues are revisited over time, he added, there is a tendency to miss opportunities to achieve savings.

“I believe the people involved in procurement in the state really want to do a good job,” he said. “Employees are really pressed to keep the engine going, to keep things moving. They do what they have to do to try to comply with all of the laws and regulations they have to. They’ve got a lot of pressure on them.”

Chris McClure, spokesman for Gov. Dannel P. Malloy’s budget office, said, “As always, we are appreciative of the State Contracting Standards Board’s efforts and we will give this draft its due consideration.”

Bertoline said the report also is being forwarded to the new state Commission on Fiscal Stability and Economic Growth. That panel must submit its recommendations to the General Assembly by March 1.

But any effort to trim state spending on contracts probably will prove complicated.

That’s because the state provides the majority of its social services by hiring community-based, nonprofit agencies. Connecticut spends about $1.3 billion annually on contracts with these groups, which long have argued they are poorly funded.

In recent years, nonprofit leaders have testified that:

Both public- and private-sector reports have recommended that the state privatize even more social services to cut state costs.

“Nonprofits are operating on slim margins; many have closed or reduced programs and laid off staff,” Casa said, adding that the average annual cost-of-living adjustment to nonprofits’ contracts with the state over the last 25 years is less than one-half of 1 percent. “Further, many contracts that go to nonprofits require that unspent funds are returned to the state.

“Nonprofits are the way by which the state can deliver quality services, with maximum efficiency. They’re part of the solution to state budget problems.”