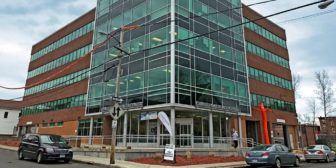 Despite congressional inaction, the federal agency that oversees community health centers has sent money to some centers in Connecticut and committed this week to send funding to more, giving them a temporary reprieve from potential layoffs and cuts to services.

Like the Children’s Health Insurance Program (CHIP), despite bipartisan support, Congress missed its Sept. 30 deadline to reauthorize money for the Community Health Center Fund, which represents the largest chunk of federal grant money going to the centers.

A stopgap funding bill approved by Congress on Jan. 22 and signed by President Donald Trump funded CHIP for six years, but did not include money for community health centers. The stopgap bill, known as a continuing resolution, funds the federal government through Feb. 8.

Sixteen centers in Connecticut received about $58 million in federal grants in the 2016-17 fiscal year — $41 million of which came from the Community Health Center Fund.

The centers receive their grants on different schedules, or cycles — with two that start in January; three in February; four in March; one in April; one in May; and five in June, according to the Community Health Center Association of Connecticut.

HRSA confirmed this week that all those centers’ monthly payments will be extended through April 30 and those centers with March and April start dates also will receive payments. The agency is using money available through the continuing resolution and money left over from previous years.

“It’s good news and bad news,” said Deb Polun, senior director of policy and outreach at the Community Health Center Association of Connecticut. “The longer HRSA says they can stretch the funds a little further, the less urgency there is from Congress to resolve the issue.” 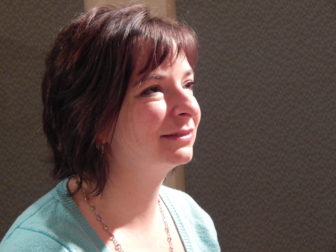 Polun said health center officials have created contingency plans that include deep cuts to services and staff, but so far, they haven’t had to act on them.

But two members of Connecticut’s congressional delegation said Thursday this was no way to fund the community health centers.

“This is a patently ridiculous way to run a health care system, handing money to health centers one month at a time,” said U.S. Sen. Chris Murphy in Hartford, before visiting a community health center in Bridgeport.

In 2016, more than 376,000 patients in Connecticut received care at community health centers. About 63 percent were on Medicaid and 16 percent were uninsured. All centers offer a sliding scale of charges for uninsured and low-income patients, according to the health center association.

Health centers in Medicaid expansion states, like Connecticut, reported higher total operating revenues than those in non-expansion states, and Medicaid provided a larger share of their revenues, according to the Kaiser Family Foundation.

The Community Health Center Fund provided health centers nationwide with $3.6 billion in each of the previous two years. It was created in 2010 as part of the Affordable Care Act and was last extended in 2015.

Community health centers also have received money through the annual federal budget — $1.5 billion last year — and that remains unresolved because Congress hasn’t passed a budget for the current fiscal year.

HRSA also said that President Donald Trump’s 2018 fiscal year budget request includes $3.6 billion for the Community Health Center Fund in each of the 2018 and 2019 fiscal years.