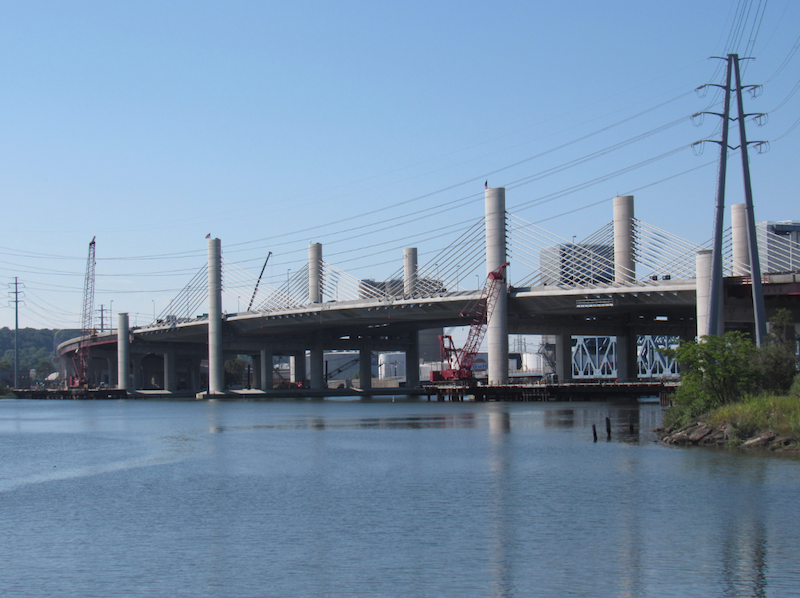 Washington – President Donald Trump rolled out his long-awaited infrastructure plan on Monday, which was quickly panned by Connecticut’s Democratic lawmakers, who are backing a rival proposal. Both plans face major challenges on the road to becoming reality.

The basics of Trump’s plan to shore up the nation’s roads, bridges, airports, rail and broadband include $200 billion in federal funding over the next 10 with the hopes of raising up to $1.5 trillion in total by providing incentives for investments by state and local governments, as well as private firms.

Connecticut’s Democrats have rejected that approach in favor of a Democratic plan that would invest $1 trillion in federal dollars over the next 10 years on the nation’s infrastructure.

“We need an investment plan that is real, not magical thinking,” said Sen. Richard Blumenthal, D-Conn, at a press conference Monday at a tunnel construction site in Hartford. “Anybody here want to buy the Brooklyn Bridge? That’s Donald Trump’s plan.”

The proposal is a departure from typical spending on infrastructure, when the federal government usually covers the bulk of the cost. Trump’s plan would see local governments taking on 80 percent or more of the funding burden.

Blumenthal said that new funding formula is a “betrayal” of the traditional way much of the nation’s infrastructure is funded, with 80 percent of the cost picked up by the federal government and 20 percent by state or local governments.

The plan calls for allowing federal authorities to sell assets to state, local or private entities and listed some proposed divestitures, including Ronald Reagan Washington National and Dulles International Airports and the Tennessee Valley Authority. It even proposed “commercializing” interstate rest stops.

“We’re going to have a lot of public-private (partnerships), and that way it gets done on time (and) on budget,” said Trump at a Monday meeting at the White House.

Democrats said the plan was aimed at helping Wall Street, not main street, the public or state and local governments.

“The president today turned his back on the promises he made, “ Murphy said. “This proposal provides pennies to infrastructure projects while cash-strapped communities are forced to spend money they don’t have or else sell off highways and railroads to Wall Street.”

“I find it appalling that this president would borrow $1.5 trillion for a tax cut that primarily benefits the wealthiest 1 percent while putting forward an infrastructure plan that fails to meet even this country’s most basic transportation and other infrastructure needs,” Malloy said in a statement.

Trump’s proposal also would streamline the permitting process for bigger projects to two years and create a fund to repair infrastructure on public lands, such as parks and forests, using money generated from “mineral and energy development on federal lands and waters.”

The president also proposed expanding the use of toll roads and loosening restrictions on the use of revenue from them and limiting legal actions due to environmental concerns that could block or slow projects.

Shelley Poticha of the Natural Resources Defense Council called the plan “a disaster,” and “an unacceptable corporate giveaway by truncating environmental reviews.” 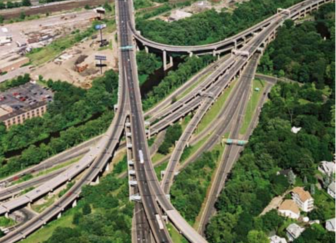 The I-84 and Rt. 8 interchange in Waterbury, known as the “mixmaster.”

“That would leave local residents all but voiceless when it comes to the massive projects that will reshape their communities,” Poticha said. “We will fight to protect our future and oppose any effort to undercut these bedrock protections.”

Rep. Elizabeth Esty, D-5th District, has also embraced a bipartisan plan that would ramp up federal dollars spent on infrastructure, but also make it easier for states and local government to enter into public-private partnerships wherever feasible.

‘You can’t build half a Hoover Dam,” Esty said. “We’ve been trying to get by on the equivalent of duct tape…I’ve got a major highway in my district, I-84, and people who come up from New York and New Jersey cut right across my district on the ‘mix-master’ in Waterbury, Connecticut. If you look underneath it, you can look up through the decking. You can see crumbling, rusting rebar. And that has got to be fixed.”

Both the president’s approach and the Democrats’ plan face considerable obstacles. The GOP is in control of both chambers of Congress and the White House, making it difficult for Democrats to advance their plan.

In addition, the Democrats’ proposal include raising the federal gasoline tax to raise money, a political risky proposition.

And Trump will need Democratic votes in the Senate to pass a bill that the party already has blasted as “fake.”

“This is a very timely discussion in Washington and it’s going to take a very heavy lift,” Schubert said.

Congress approved an agreement on the 2018 federal budget last week that contains an additional $20 billion for infrastructure spending that could serve as a down payment on work on a national priority.

House Speaker Paul Ryan, R-Wis., said he was ready to negotiate a plan.

“Already in this Congress, the House has passed dozens of infrastructure reforms, and we look forward to working with the administration on this critical issue,” Ryan said.