Want to prosper? Act like a region, proponents say 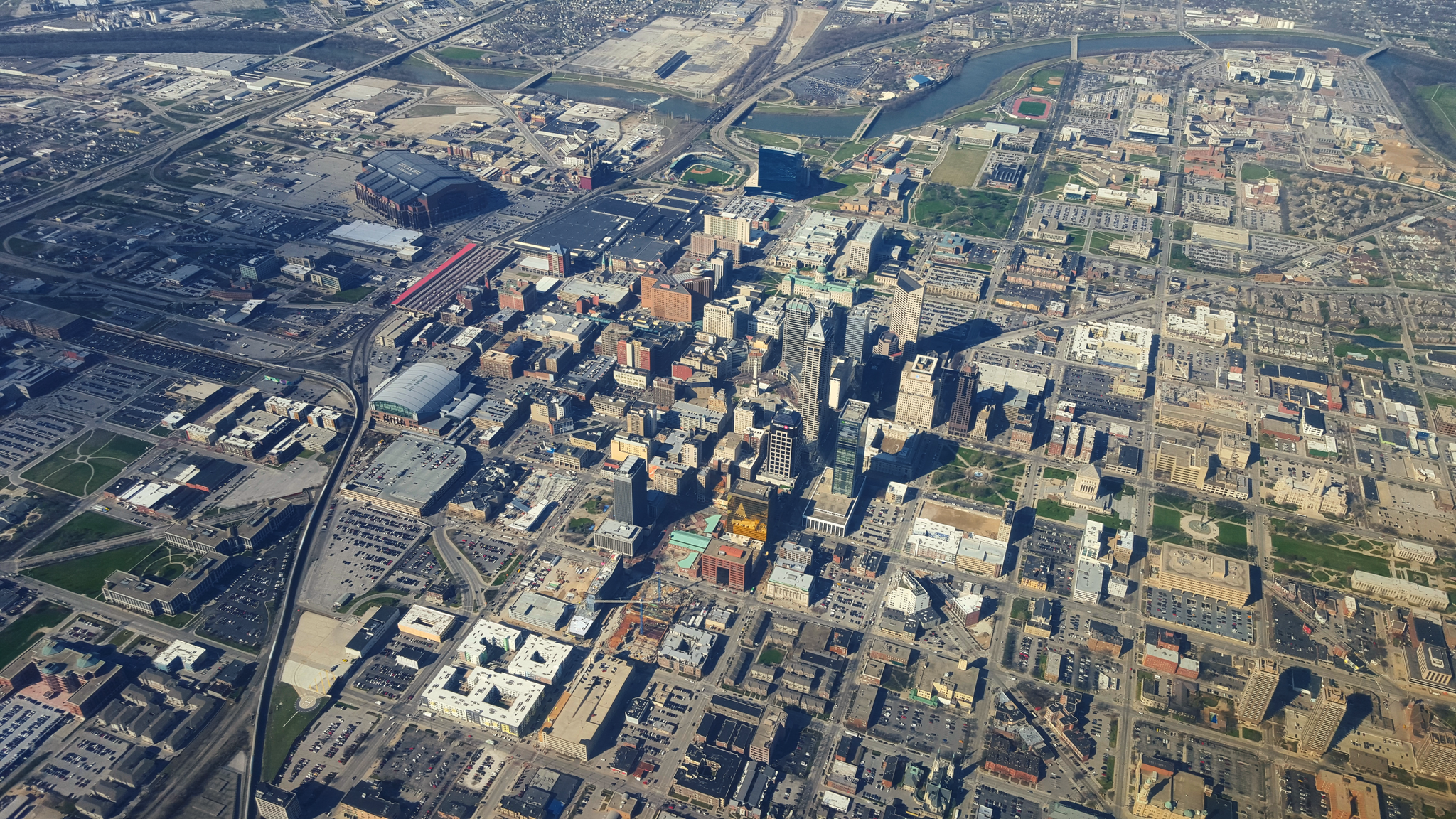 One of the proposals in Boston’s package that made the first cut in Amazon’s search for a second headquarters (HQ2) was regional: to put the big project on various sites along the Orange Line of the MBTA in three towns, Somerville, Cambridge and Boston.

“This is how you win. You act like a region,” Somerville Mayor Joseph Curtatone told a reporter. “This is an opportunity to break out of our provincial and parochial mold.”

His message was that contiguous towns with common interests should be working together on economic development rather than going it alone. If this is a challenge in Massachusetts, it is doubly so in Connecticut, where no proposals made the Amazon HQ2 first cut.

Time and again, when presented with the chance to act like a region, Connecticut towns will act like sparrows at a bird feeder, trying to knock each other off and grab the birdseed.

For example, five towns competed last year to be the home of the new tribal casino that is supposed to keep instate gamblers from driving to the new MGM facility being built in Springfield. East Windsor won, to the dismay of the other towns. All were after property tax revenue, the main driver of such inter-town competition.

This dynamic is worrisome because metropolitan regions are driving the national economy. The Brookings Institution’s Metropolitan Policy Program has studied the dynamics of metro regions for two decades and found that the country doesn’t have a national economy or even state economies; it has a network of regional economies.

The country’s 100 largest metros represent just 12 percent of the nation’s land area but generate two thirds of U.S. jobs and three quarters of the country’s economic output. The metros get the lion’s share of scientists, research grants, patents and venture capital, according to a Brookings research paper titled “Miracle Mets.”

But some regions produce more than others. To be effective, a region must be cohesive, said Mark Muro, senior fellow and policy director at the Brookings Metropolitan Policy Program.

“It’s about capacity to act, to have the ability to deliver projects of the most importance,” said Muro in a recent telephone interview.

“We now begin to see that regions that can’t move to cohesion will fall further behind. It leaves the place doing small things in an uncoordinated way,” he said.

He is talking about economic development. The argument usually put forward for regionalism in Connecticut is that it can save money. And it can, but as Muro observes, that may not be the best reason to consider metropolitan cooperation. Towns also can make money by developing their regional economies.

Acting like a region isn’t that complicated, at least in theory.

A region’s constituent members acknowledge their shared destiny and mutual dependence — that they are all in it together. They put a hand in the huddle and shout “Team!”or otherwise acknowledge their willingness to work together and trust one another.

They create a permanent leadership body or use an existing one, leadership being the sine qua non of the enterprise. They survey their metropolitan areas for opportunities to grow their economies.

From this they develop an economic development plan, raise funds from public and private sources and execute the plan, over time, with the leadership entity remaining at the helm. Some metros, Greater Minneapolis for one, share the revenue from new development among their towns.

This is happening around the country. Three examples:

Back in the 1960s Indy was a profoundly unexciting burg, known as Indianoplace, Naptown, etc. That began to change in 1970, when the city merged with surrounding Marion County. Though schools did not merge, and police didn’t merge until years later, the city had one governing body, called UniGov, for all other services.

This was done (under Republican Mayor Richard Lugar) in part to capture some of the tax revenue that was fleeing to the suburbs, a train that has long since left the station in Connecticut.

But it also was done to develop a regional economic vision, which the region has now done twice.

The first vision was to become the “Amateur Sports Capital of the World.” The consolidated city formed a corporation that built stadiums, attracted governing bodies of amateur sports, even brought the NCAA headquarters to town. It hosted the Pan Am Games and other major sporting events. It eventually attracted an NBA and an NFL team. The success was amazing; the image of the city changed dramatically.

But leaders realized, as some do not, that sports only gets you so far.

In 1999 corporate and civic leaders formed the Central Indiana Corporate Partnership, whose membership includes CEOs or presidents of 50 major corporations, three philanthropies and six universities. The boss has to participate; the nonpartisan organization doesn’t allow alternates or delegates. It includes no elected officials, and none of its core funding comes from the public till.

It’s goal, working with government and business groups, is to develop economic strategies for the region by filling gaps and enhancing strengths.

Since 1999 this sophisticated entity has created six major, multi-million dollar  initiatives, in life sciences, IT, advanced manufacturing, alternative energy, agricultural innovation and workforce development across the region. The life science sector is a $63 billion industry, second only to California in life science exports.

“Indianapolis has brought structure to the practice of collaboration. It has moved business and social networks to a higher level of productive connectivity,” write Bruce Katz and Jeremy Nowak in a new book “The New Localism.”

Indianapolis made the first cut in the Amazon 2HQ competition.

The Colorado Metro Mayor’s Caucus was founded in 1993 as a forum for mayors to discuss regional issues. It began with seven mayors and now has 41 mayors of towns in the Denver region.

The mayors have learned to trust one another. According to a case study of the program done by the U.S. Department of Housing and Urban Development, the region has developed a “nationally recognized culture of collaboration.”

The program works on consensus-building. An executive committee sets the agenda. Committees study problem issues, which usually cross jurisdictional boundaries. The members determine if a solution is manageable and within the ability of the caucus to influence the outcome. 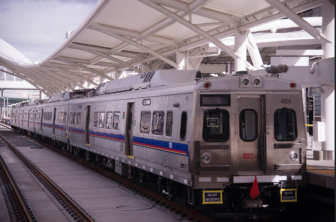 The group develops a strategy. If more than four mayors oppose it and no compromise is possible, they don’t advance it.

The impact of the caucus’s work in addressing regional economic development, according to the HUD study, is “unprecedented.” The caucus supported and abetted big-ticket projects such as the Denver Convention Center, Coors Field for the Colorado Rockies, the Denver International Airport and the FasTracks regional transit system, which residents voted to tax themselves to build.

Yet a third approach to major regional economic development has gotten national attention. Instead of CEOs or mayors, the Fund for Our Economic Future in Northeast Ohio is an alliance of funders — foundations, business organizations, universities and government.

When the fund was founded in 2004, the post-industrial future of the 18-county footprint was not promising. As a fund podcast put it, the area was “underperforming the national economy.” The region’s identity, such as it had one, could be summed up in two words: Rust Belt.

Since then, the fund has raised more than $100 million  for research and grants, focused on job creation, job preparation and job access. The fund works with partners such as Team NEO, the region’s nonprofit economic development organization. Together they have bolstered existing fields, such as bioscience, and made strategic investments in new industries, including smart devices, energy storage and additive manufacturing (industrial 3-D printing).

Of particular note is the fund’s commitment to inclusion and its effort to bring good jobs to distressed communities, a serious need in Connecticut.

There are many other examples of big-thinking regional development, from Miami-Dade and Nashville to Salt Lake City and Pennsylvania’s Lehigh Valley, among others. Connecticut has made investments in bioscience and high-tech defense industries, among others, but at the state rather than the regional level.

Some call what the activist regions are doing “government by partnership,” bringing business, civic and philanthropic leaders to the conference room to help guide and govern economic development.

Whether Connecticut is ready for such a step remains to be seen.

The bill gives towns the option of merging services regardless of whether local charters appear to block such a move.