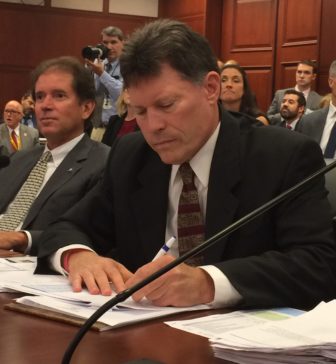 Gov. Dannel P. Malloy has been warning legislators since early February that their preliminary budget for the upcoming fiscal year is significantly in deficit.

The response he got last week from two budget-writing legislative committees was bipartisan — but less than helpful.

The Appropriations Committee failed to meet its deadline to recommend spending adjustments.

The Finance, Revenue and Bonding Committee offered a host of ideas that collectively would deepen the hole in the next budget — already at $265 million — by at least another $130 million.

Malloy also has been waiting since early December for legislators to close a deficit hovering near $200 million in the current fiscal year, which ends June 30.

The administration did not weigh in last week on lawmakers’ reluctance to propose deficit solutions. But Malloy offered an assessment two weeks ago about why legislators — who proudly touted the bipartisan budget they adopted last October — are finding fiscal solutions harder to come by as this year’s state election season draws closer. 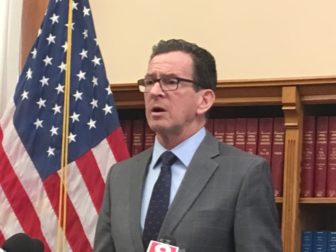 “The grand coalition seems to be fraying, and I think that’s what gives rise to the inability to respond to the budget being out of balance,” he said.

Despite deficit projections totaling $460 million across this fiscal year and next combined, the finance committee adopted numerous proposals to lower taxes, cancel previously approved tax and fee hikes, and reverse an increase in teachers’ contributions toward their pensions — less than four months after the increase took effect.

There were proposals to provide tax relief for businesses and for consumers attending entertainment venues or getting their cars washed.

The panel also pushed back by one year a $30 million payment the Mashantucket Pequot and Mohegan tribes must make to the state as part of a deal to open a new casino in north central Connecticut.

Many of these changes passed with bipartisan support. The pension contribution reduction, from 7 to 6 percent of payroll starting July 1, would save teachers $40 million next fiscal year. It passed by a 50-1 vote in the finance committee, with the only dissenting vote coming from Sen. Art Linares, R-Westbrook — who is not seeking re-election.

Leaders of the finance committee defended the proposals, while acknowledging the state might not be able to afford them right now.

Similarly, Sen. L. Scott Frantz of Greenwich, the Senate GOP chair of finance, said most people understand the committee is just one component of a larger budget process. And he also said it’s important that the panel make recommendations about what’s best for Connecticut.

“Hey, this is all subject to negotiation,” Frantz said. And we are in such rough shape right now it will boil down to some very intensive talks.”

Frantz added that, “We don’t feel like we did as much as we could have” as a committee.

Sen. John Fonfara of Hartford, the Senate Democratic chair, said he doesn’t believe the finance committee’s role simply is to propose sufficient revenue to cover whatever the Appropriations Committee wants to spend.

Rather, he added, the finance panel’s proposals should reflect “our view of what the world should look like in terms of how Connecticut builds and grows its economy. Some of what we did today is reflective of that view. Now will that ultimately be the final resolution? Not all of these things will survive. But that doesn’t mean we shouldn’t put forward what we believe the policy of the state of Connecticut should be.” 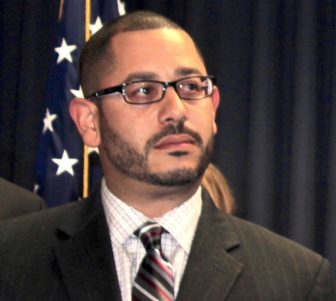 “We still have another month to potentially address some of those revenue problems that we do have,” added Rep. Jason Rojas, D-East Hartford, the committee’s House chairman.

Fiscal analysts for the governor and for the legislature must develop new revenue estimates by April 30 that reflect new data from the mid-April state income tax filing deadline. Legislators are hopeful that revenue projections for this fiscal year and next will improve with that report.

When it came to the Appropriations Committee failure to issue any spending recommendations before its deadline, Democratic and Republican leaders from the House and Senate issued a joint statement attributing it — at least in part — to “multiple weather-related closings” that interfered with meetings.

But sources said Democrats and Republicans could not agree on how to find the resources to mitigate or eliminate previously approved reductions to social services in the 2018-19 budget.

Kelly Donnelly, spokeswoman for the governor, called it “disappointing” immediately after the Appropriations Committee announced it wouldn’t meet its deadline. Leaders of the committee said they would try to develop a spending plan, albeit a late one, by April 20.

Although this approach would be unusual, it would not be without precedent. The 2008 legislature adjourned without adjusting a preliminary budget for 2008-09, despite projections it was almost $120 million in deficit.

Rep. Melissa Ziobron of East Haddam, ranking GOP representative on the Appropriations Committee and an ardent supporter last October of asking teachers to contribute more toward pensions, expressed her disappointment Friday with the finance committee’s actions one day earlier.

“The people on finance, they’re looking at things in a silo,” she said. “I have the fortunate, or unfortunate, responsibility of looking at the entire budget. Their vote yesterday put a hole in the budget.”

Ziobron added that she believes many legislators, Republicans and Democrats, still believe asking teachers to contribute more toward pensions is the right move given the fiscal challenges facing Connecticut.

“We know we still have problems,” she said, adding that the higher teacher contribution was one of the steps that made it possible to avoid a proposal from Malloy to shift huge teacher pension costs from the state onto cities and towns. “If we did that, it would cause layoffs. I’m trying to keep teachers in the classroom.”

Despite the mixed messages coming from the budget panels, at least one constituency was listening closely. 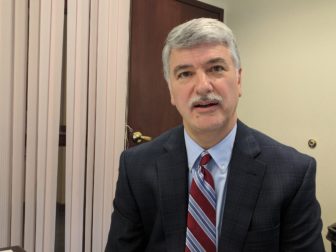 “Teachers were unfairly singled out more than any other group,” when lawmakers ordered the increase last October, Williams said. “Teachers have faithfully paid their fair share for decades. This is not a problem of their making, and they should not be punished for it.”

Jan Hochadel, president of AFT Connecticut, said, “While the near-unanimous, favorable vote means the measure advances, our members understand this fight is far from over. As educators, we appreciate that the state faces significant fiscal challenges and that long-term solutions will require more than just defeating unjust policies. They (committee members) get that repealing this tax depends on lawmakers taking a more balanced approach to the budget process than the failed austerity policies of the past three years.”