Senate attempt to protect Mueller gets a boost 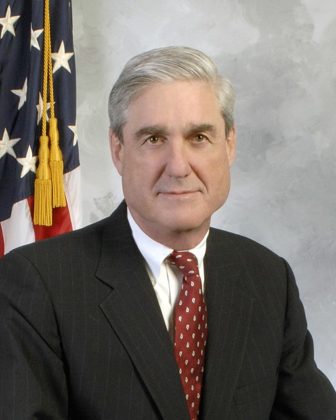 Washington – President Donald Trump’s angry tweets this week about the growing Russia investigation and the federal raid of the president’s personal lawyer has jump-started an effort backed by Sen. Richard Blumenthal and a growing number of senators to try to prevent Special Counsel Robert Mueller’s firing.

On Wednesday, Sen. Charles Grassley, R-Iowa, the chairman of the Senate Judiciary Committee, said he is open to adding a bipartisan bill to the panel’s business meeting scheduled for Thursday.

Sen. Dianne Feinstein of California, the top Democrat on the judiciary panel, said she supported the effort to protect Mueller, but said she needed time to review the legislation and asked it be considered next week. Feinstein is worried that Grassley is prepared to water down the bill with a surprise amendment.

“I’m worried about an amendment we haven’t been able to review that could undermine the investigation,” Feinstein said. “I’ve discussed this with Chairman Grassley and he has agreed to not take action this week but instead place the bill on the committee’s markup calendar next week.”

The bill in question would let Mueller, or any other special counsel, receive an “expedited judicial review” within 10 days of being fired to determine if it was for a “good cause.” If it wasn’t, the special counsel would be reinstated.

The measure also would codify existing regulations that only a senior Justice Department official can fire a special counsel and that they must provide the reason in writing.

Two bills aimed at protecting Mueller have languished for months.

The “Special Counsel Integrity Act,” introduced by Republican Sen. Thom Tillis of North Carolina and Democratic Sen. Chris Coons of Delaware, would allow a special counsel to be fired only for “misconduct, dereliction of duty, incapacity, conflict of interest, or other good cause, including violation of Justice Department policies.

The “Special Counsel Independence Protection Act,” introduced by Sen. Lindsey Graham, R-S.C.; Cory Booker, D-N.J.; and Blumenthal would require a federal judge to first sign off on any action to discipline or fire a special counsel.

The sponsors of those bills are behind the latest attempt to make it harder for Trump to fire a special counsel.

Blumenthal on Wednesday called Grassley’s willingness to hold a committee vote on the legislation  “a major step forward.” Blumenthal said Grassley was moved to act because of Trump’s recent behavior.

“There is really a deepening and broadening alarm about his tirades and rants as well as his denunciation of top Justice Department officials,” Blumenthal said.

On Monday, the FBI raided the offices and hotel room of Trump’s longtime personal attorney, Michael Cohen. Trump told reporters at the White House that “the raid was a disgrace,” which led reporters to ask if the president would fire the special counsel.

“Why don’t I just fire Mueller? Well, I think it’s a disgrace what’s going on. We’ll see what happens,” Trump said, repeating his statement for television cameras. “And many people have said, ‘you should fire him.'” 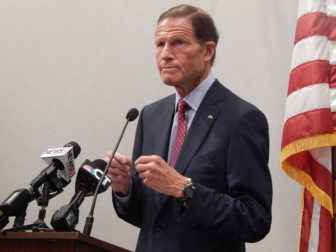 “Much of the bad blood with Russia is caused by the Fake & Corrupt Russia Investigation, headed up by the all Democrat loyalists, or people that worked for Obama. Mueller is most conflicted of all (except Rosenstein who signed FISA & Comey letter). No Collusion, so they go crazy!,” the president tweeted.

“Raiding (Cohen’s) offices seem to have provoked him to unusual upset and upheaval,” Blumenthal said of Trump.

If the bill to protect Mueller passes out of the Judiciary Committee, it would put pressure on Senate Majority Leader Mitch McConnell, R-Ky., to let the legislation come up for a vote. McConnell on Tuesday said there is no need to vote on the bill because he doesn’t believe Trump will fire Mueller.

“The idea that Trump would never fire the special counsel looks more and more like wishful thinking,” Blumenthal said.

Blumenthal is confident that  the bill could pass the Senate.

But House Speaker Paul Ryan, R-Wis., who said Wednesday he is not seeking re-election, has also dismissed the need for the legislation.

Blumenthal said the bill doesn’t have to pass the House to be effective.

“Even if it passes only the Senate, it raises a red flag to the president,” Blumenthal said. “Passing that legislation in the Senate will send a profound and powerful message to Donald Trump that he cannot fire the special counsel without a constitutional firestorm and bipartisan outrage.”