Malloy: CT to be first state participating in policing database 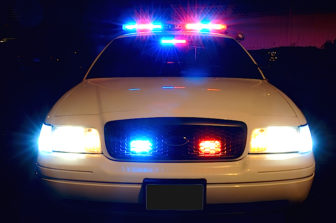 Gov. Dannel P. Malloy has announced he intends to make Connecticut the first state to participate in a national database aimed at identifying racial bias in policing.

The John Jay College Center for Policing Equity (CPE) runs the National Justice Database, an ambitious project to collect and standardize data and rapidly produce useful reports tailored to each department that participates. Hurdles around data quality and inconsistency from one department to the next have long frustrated criminal justice researchers, but CPE has a ringer on its team — Google’s philanthropic wing has supplied millions of dollars and some of its software engineering talent.

The database, which is not open for public inspection, has so far been built from data that municipal police departments have allowed the center to access, and Malloy wants Connecticut to be the first state to participate in the program. There is no legislative mandate for the state’s 93 municipal departments to participate, but Malloy was joined for the announcement of the program in Washington, D.C., Wednesday by officials from the Connecticut Police Chiefs Association. More than 50 departments are said to already have signed agreements with CPE. The agreements won’t cost the departments any money.

Connecticut is at the forefront of efforts to collect and analyze uniform policing data from every department on traffic stops and the use of stun guns and analyze it for racial disparities using statistical methods that are far more sophisticated than those employed by many states.

Central Connecticut State University’s Institute for Municipal and Regional Policy currently conducts an annual traffic-stop analysis, which takes months, and a small group of departments then is selected for a second round of analysis with more detailed data, which takes several more months.

In contrast, CPE hopes to be able to provide police departments with tailored, actionable reports in a matter of weeks, and eventually the goal is for departments to be able run the reports themselves — or even view indications of bias in real time with a “dashboard” application that’s in the works.

“This partnership will allow for a systemic and data-driven approach to address the tension between law enforcement and the citizens they serve,” Malloy said in a press release Wednesday. “It goes well beyond data collection to include analytics and customized solutions, giving police chiefs a significant tool toward being able to evaluate use of force and bias within their ranks.”

Unlike the state’s traffic-stop and stun-gun data initiatives, the CPE process would not require departments to standardize their data in any particular way. Departments just agree to open their doors, and CPE would take on the task of standardizing whatever data a department has to offer and making sense of it.

Chris Burbank, a retired Salt Lake City police chief, is now vice president of strategic partnerships for CPE. He sees law enforcement suffering “a crisis of legitimacy,” but said he is hopeful that transparency and accountability can improve the public’s trust in police.

“In most cases […] policy, practice, procedure is actually interjecting more disparity into the system than officer attitudes are,” Burbank said. “That is encouraging, as a former police chief […] because it’s very easy to change policy.”

For example, Burbank said, a subtle tweak to foot-chase policies has been shown to reduce officer and suspect injuries. Officers involved in the chase can get an adrenaline boost and behave more aggressively. The fix is to have the pursuing officer conclude the chase and detain the suspect until another officer can come and physically conduct the arrest.

In addition to department data, CPE has conducted psychological surveys to assess officer attitudes and community surveys. Burbank said there are no specific plans to conduct surveys in every Connecticut community but that the partnerships are still in their early stages.

So what can departments expect?

A brief report on the Austin Police Department, based solely on data available in public databases, offers a limited picture of the type of report CPE might compile for each department. However, the reports on Connecticut departments should be more detailed since they will be based on internal data.

CPE has not yet published a detailed report using a department’s internal data, but Burbank said some such reports will be published in a matter of weeks.