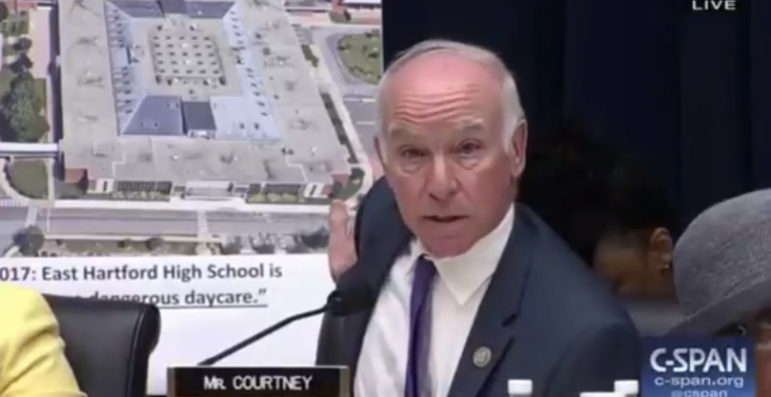 Washington – Rep. Joe Courtney on Tuesday lashed out at Education Secretary Betsy DeVos for her failure to respond to letters from Connecticut officials and students who were offended by her disparaging remarks about East Hartford High School a year ago.

Last May, DeVos repeatedly quoted an alumnus named  Michael, who graduated from East Hartford High School in 2000, as saying he received little support from teachers and administrators and that the school is “nothing more than adult day care … a dangerous day care.”

DeVos singled out East Hartford High School as an anecdote to highlight what she says is the need to shift federal funding toward voucher initiatives, which would subsidize the cost of private school for some students in struggling public school districts.

At a hearing, Courtney, D-2nd District,  repeatedly asked DeVos why she had not respond to letters sent to her in the wake of those comments a year ago by Gov. Dannel Malloy, Rep. John Larson, D-1st District, — who attended and taught at East Hartford High School – school officials and a number of students.

Courtney also chided DeVos for failing to accept an invitation to visit the school.

“The invitation was given in those letters and you have chosen not to visit,” Courtney said.

An unflappable DeVos said “as soon as I get enough of my staff in place to be able to respond,” there will be a response to the letters sent her about East Hartford High School.

“A year is really pretty good latitude in terms of responding to mail,” Courtney broke in.

Courtney was prepared with a large aerial photograph of the high school, and showed DeVos that it was linked, both physically and academically, to Connecticut IB Academy a magnet school that has been rated second best in the state by U.S. News and World Report.

Courtney said his wife had decided to send their daughter to the academy.

“She would not send my daughter to a dangerous school,” Courtney said.

He also urged DeVos “to answer your mail and come to Connecticut.” 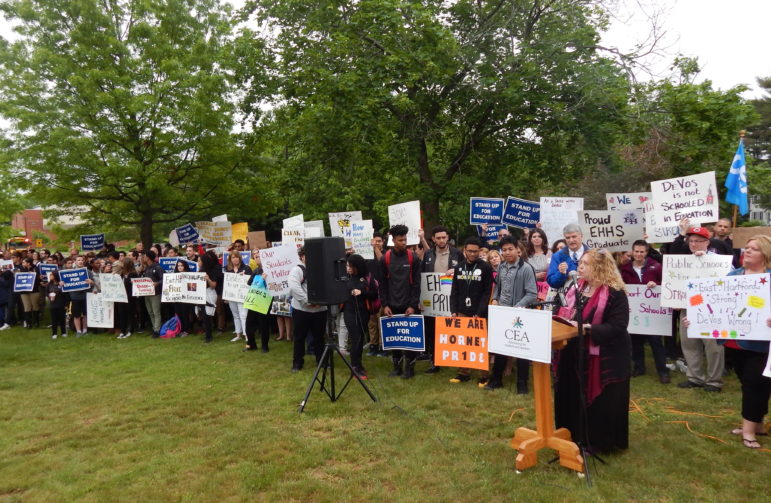