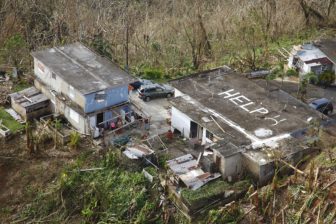 While conducting search and rescue operations in the mountains of Puerto Rico, a Customs and Border Protection helicopter located this home with HELP painted on its roof.

Federal lawmakers and advocates in Connecticut are calling for action after a new study’s results indicate that the official death count of 64 in Puerto Rico “is a substantial underestimate of the true burden of mortality after Hurricane Maria.”

The study, published Tuesday in the New England Journal of Medicine, estimated, conservatively, a more realistic loss of life at 4,645.

In early December 2017, the official death count stood at 64, but several independent investigations concluded that additional deaths attributable to the hurricane were in excess of 1,000 in the months of September and October, according to the study.

For the study released Tuesday, researchers surveyed nearly 3,300 households across Puerto Rico. They concluded 4,645 more deaths occurred from Sept. 20 — the day Maria made landfall — through Dec. 31, 2017, when compared with the same period in 2016.

This is equivalent to a 62 percent increase in the mortality rate.

The researchers said their upper estimate of the number of deaths was 5,740 when adjusted for single-person households, since they couldn’t survey those, and other factors.

Interruption of medical care was the primary cause of sustained high mortality rates in the months after the hurricane, the study said, a finding consistent with the widely reported disruption of health systems.

The study was funded by the Harvard T.H. Chan School of Public Health and others.

“This is something a lot of folks knew was woefully underreported,” said Jason Ortiz, president of the CT Puerto Rican Agenda. “And having lots of family members, extended family and friends there, we knew there were a lot of people not getting care they needed and their deaths weren’t getting counted. 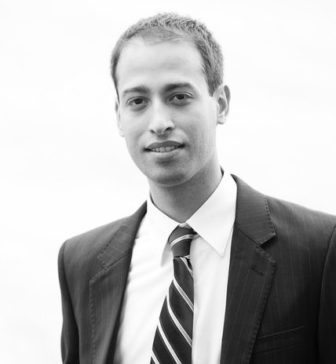 “There’s just no accountability. They lost their lives because our government was negligent,” said Ortiz, 34, who lives in Hartford, and works as the executive assistant for city Councilwoman Wildaliz Bermudez. “We would like to see our elected officials held accountable.”

Ortiz’s mother was born in Puerto Rico and his grandmother and sister still live there in Añasco, a municipality on the west coast of the island. Ortiz, himself, has traveled to Puerto Rico several times since the hurricane, his most recent trip a few weeks ago.

Federal lawmakers in Connecticut also reacted publicly to the study, with some taking to social media to voice their concerns.

“The government estimated that Hurricane Maria killed 64 people in Puerto Rico. Today we learned that total could be more like 4,600 ,” said U.S. Sen. Chris Murphy, in a tweet. “We should be ashamed of this treatment of American citizens in a time of crisis.”

U.S. Sen. Richard Blumenthal also expressed his anger on social media, as well as organizing an event to be held Wednesday to call for immediate action from the federal government.

Blumenthal and members of the state’s Puerto Rican community will gather at 10 a.m. at the Spanish American Merchants Association in New Haven.

Blumenthal will demand immediate Congressional hearings into the administration’s “ongoing, shameful failure in Puerto Rico, where residents continue to face power outages, lack of water and unreliable services,” according to statement from his office.

In an emailed statement, U.S. Rep Rosa DeLauro said, “When I visited Puerto Rico in January, I witnessed firsthand the devastation wrought by Hurricane Maria, and the inadequate conditions residents were forced to endure.

“If Americans on the mainland had been hit by this type of natural disaster, there would not be a question about providing the resources needed to recover,” DeLauro said. “History will make clear that the United States shamefully mishandled the recovery effort, failing to uphold our nation’s moral obligation to our fellow Americans.”

Carlos R. Mercader, executive director of the Puerto Rico Federal Affairs Administration, said in a statement that the government of Puerto Rico “welcomes” the new survey.

“As the world knows, the magnitude of this tragic disaster caused by Hurricane Maria resulted in many fatalities,” Mercader said. “We have always expected the number to be higher than what was previously reported.

“That is why we commissioned The George Washington University (GWU) to carry out a thorough study on the number of fatalities caused by Hurricane Maria which will be released soon,” he said. “Both studies will help us better prepare for future natural disasters and prevent lives from being lost.”

“As the world knows, the magnitude of this tragic disaster caused by Hurricane Maria resulted in many fatalities. We have always expected the number to be higher than what was previously reported.
Carlos R. Mercader
executive director of the Puerto Rico Federal Affairs Administration

“The timely estimation of the death toll after a natural disaster is critical to defining the scale and severity of the crisis and to targeting interventions for recovery,” Tuesday’s study said. “The disaster-relatedness of deaths has additional importance for families because it provides emotional closure, qualifies them for disaster-related aid, and promotes resiliency.”

In the United States, death certificates are the primary source of mortality statistics, and in most jurisdictions, death can be attributed to disasters only by medical examiners.

In Puerto Rico, every disaster-related death must be confirmed by the Institute of Forensic Sciences. This requires that bodies be brought to San Juan or that a medical examiner travel to the local municipality to verify the death, often delaying the issuance of death certificates, the study said.

“Furthermore, although direct causes of death are easier to assign by medical examiners, indirect deaths resulting from worsening of chronic conditions or from delayed medical treatments may not be captured on death certificates,” the study said.

These difficulties, the study says, pose substantial challenges for the “accurate and timely” estimation of official all-cause hurricane-related mortality.

The Puerto Rican government has commissioned an external review of the death-registry data as a result of these issues, the study said.