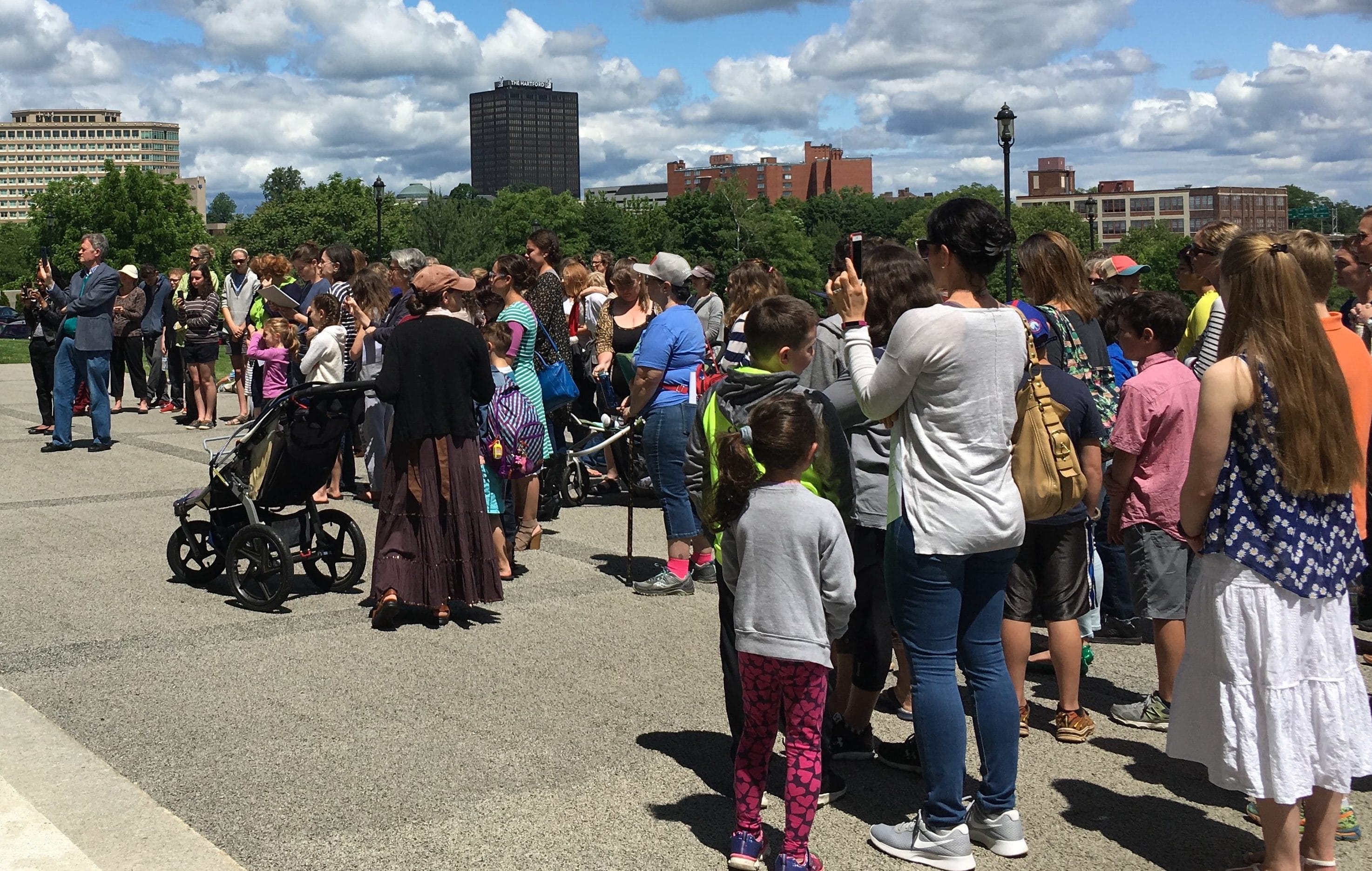 Parents and home-schooled children outside the Capitol on Wednesday.

Connecticut home-school advocates and parents on Wednesday called an ongoing Office of the Child Advocate investigation into home education discriminatory and an invasion of privacy.

The home-schoolers’ criticism of Child Advocate Sarah Eagan is a response to her recent report finding that Connecticut doesn’t have a safety net for children withdrawn from public schools for home education. That April report was a follow-up to another prompted by the February 2017 death of a 17-year-old boy with autism who was removed from school by his mother.

Dozens of parents who gathered outside the state Capitol with their children said Eagan was unfairly subpoenaing home-schooled children’s records when the real issues lie with the government agencies who were involved with the teen who died.

“Homeschoolers are being scapegoated for system failures … The OCA is targeting and cherry-picking innocent families, violating their privacy and putting the school districts in the middle,” said Diane Connors, founder of the CT Homeschool Network founder. “Families have had unannounced, unexpected visits in the last few weeks to their private property, knocks on their doors, demanding personal information about their families.”

The child advocate said her office hasn’t fielded any complaints from the home-school community regarding their concerns, or gone directly to people’s homes to obtain information. Eagan said school districts are required to verify school-aged children are enrolled and attending school, or that they are receiving equivalent instruction elsewhere.

Some school districts will send letters, or call homes before dispatching an attendance officer when children who are not in attendance don’t have a notice of intent showing they are being home-schooled, Eagan said.  In those cases, they will only be asking for confirmation of residency and enrollment, she added.

Eagan said the only data her office has asked school districts for is basic enrollment and demographic information of withdrawn children–not the contents of their education records, performance, or attendance histories. The OCA is reviewing that information within the Department of Children and Families child abuse and neglect data system to check if there is a link to a home-schooled child, she said.

In a recent study of six public school districts, Eagan found that over three academic years, 36 percent of students withdrawn for homeschooling lived in families that had at least one prior accepted report for suspected abuse or neglect from DCF.

Eagan, who is currently evaluating student withdrawals in 18 other state school districts, said her office continues to support home-schooling and isn’t advocating for curtailing the right to home education. 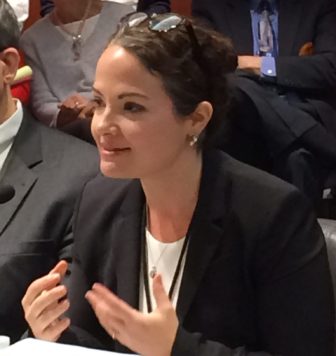 “But using the pretext of home-schooling as a way to hide treatment of their child can’t be something we abide, but it is an inevitable byproduct of an entirely unregulated system,” Eagan said. “Surely all partners are invested in the welfare of children that none of us want a system where someone who is obligated to care for a child can remove them from public school and to hide what may be happening to that child.”

The State Department of Education has advised that schools monitor homeschooled students by assessing academic progress or through a portfolio review of work. But Eagan’s report found that none of the six districts it studied had protocols to conduct follow up checks on home-schooled students or their families.

The report also found 90 children lived in families that were the subject of multiple prior accepted reports to DCF.

According to the report, Connecticut is among 11 states that don’t have any regulations or notice requirements regarding home-schooled children. Thirty-nine other states have various degrees of regulation of home-schooling ranging from some, to moderate, to high.

Candace Huss, a Groton home-school mother of three, said she is concerned that  allowing this discrimination would open a floodgate for further group discrimination.

“We are here to say that we as home-schoolers will not be silenced, or bullied, or fear mongered into receiving oversight that is not necessary, and has been proven that does not work,” she said.

Eagan’s findings supplement a previous OCA report last year on Matthew Tirado, a 17-year-old Hartford teen with autism who died from starvation, dehydration and child abuse. On Tuesday, the teen’s mother was sentenced to 11 years in prison.

Matthew had been absent from the Hartford Public Schools for months and his mother, who was known to DCF for years, later withdrew his sister for home-schooling. A DCF investigation after Matthew’s death found no evidence his sister was being home-schooled and their mother couldn’t provide an explanation for withdrawing her from school.

Sharon Dix, a Bristol home-school mother of three, said she feels there isn’t an oversight issue.

“I think that it’s the parents’ right to educate their own children and to make it more difficult, or more scary, or more complicated for people to choose to do that personally, rather than put them in an institution, it goes against what we as the Constitution State and as members of the United States of America consider to be freedom,” Dix said.