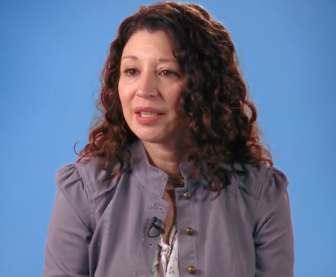 Celeste Jorge, epidemiologist at the Connecticut Department of Public Health.

Connecticut high school students engaged less often in risky behaviors, like taking painkillers without a prescription, seriously considering suicide and texting or emailing while driving, when compared to their peers nationwide.

But Connecticut students more often carried a weapon and were offered, sold or given an illegal drug, both on school property. They also got less sleep than their peers on school nights, according to data released by the state and federal governments.

On Thursday, the Centers for Disease Control and Prevention released the results of its 2017 Youth Risk Behavior Survey, which is compiled using school-based surveys conducted across the country. In Connecticut, high school students completed a 99-item anonymous questionnaire in the spring of 2017.

“Most importantly, overall it looks like our teens fare better than their peers nationally,” said Celeste Jorge, an epidemiologist at the Connecticut Department of Public Health, who coordinates the survey. “What stands out is, although distracted driving rates seem to be improving, motor vehicle accidents are still the leading cause of death among this age group.

“Looking at academic success is so heavily tied to one’s health status,” Jorge said. “There’s emergent issues that we need to address, like prescription drug abuse and texting while driving, but we can’t lose sight of the importance of basic healthy habits, like nutrition and sleep.”

These behaviors, often established during childhood and early adolescence, include:

In addition, the YRBSS monitors the prevalence of obesity and asthma and other health-related behaviors plus sexual identity and sex of sexual contacts.

From 1991 through 2017, the YRBSS has collected data from more than 4.4 million high school students in more than 1,900 separate surveys.

Connecticut vs. the nationwide data