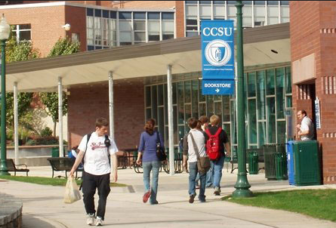 Faced with mandated pay hikes and surging pension costs, Connecticut’s public college and university system may need an 11 percent increase in state funding over the next two years  to maintain current programs, according to a preliminary analysis from system administrators.

The Board of Regents for Higher Education’s Finance and Infrastructure Committee will meet Tuesday to begin crafting state funding requests for the 2019-20 and 2020-21 fiscal years — the same period during which Connecticut’s next governor and legislature must plug huge holes in the overall state budget.

The regents’ administration estimates the system — which includes the state universities, the community colleges and the online Charter Oak College — will need nearly $593 million in state operating grants and fringe benefit support in the next fiscal year, and almost $639 million the year after that.

The $593 million request represents a 3.3 percent increase above current state funding for the system, while the $639 million recommended for the 2020-21 fiscal year is 11.3 percent above present state assistance. 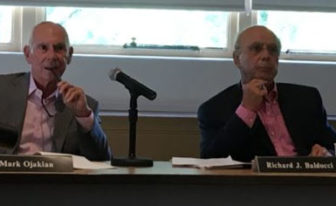 “We’re looking at negative numbers year after year and that’s really distressing. We’re in trouble,” said Balducci, who said the state’s role in funding public colleges and universities “is absolutely going to be a big question” for Connecticut’s next governor and legislature.

The regents’ system has been forced to absorb an increasing share of employee pension and retirement health care costs as these expenses surge dramatically throughout the state budget.

While retirement benefits and debt service costs represented about 12 percent of the General Fund two decades ago, they are projected to be closer to one-third in the next biennial budget.

Nearly all segments of state government are struggling with this problem, which stems from more than seven decades of inadequate savings by legislatures and governors for pension and retirement healthcare programs.

At the same time, public colleges and universities have been subject to frequent budget cuts over the last decade as Connecticut’s recovery from the last recession has lagged that of the nation.

Unfortunately, state government is struggling with its own fiscal challenges.

Overall state finances, unless adjusted, are projected to run $2 billion or 10 percent in deficit in the first fiscal year after the November elections. And the potential gap grows to $2.6 billion or 13 percent in the second year. The single-biggest cost drivers behind those deficits are surging retirement benefit costs.

Further complicating matters, the public colleges and universities — like most state agencies and departments — also must provide most of its unionized employees with 5.5 percent pay hikes in each of the next two fiscal years.

Those increases are mandated through a 2017 concessions deal struck by unions and Gov. Dannel P. Malloy. Workers agreed to a one-year pay freeze last year, a one-time $2,000 payment per employee this fiscal year, and a variety of new pension and health insurance restrictions.

In return, the state has waived its right to lay off most state workers through the 2020-21 fiscal year, and has extended its benefits contract with all unions through mid-2027.

The regents have drawn down on system reserves in recent years to mitigate problems with state funding.

The board voted last year to adopt a tuition and fee schedule that includes increases this fiscal year as follows:

To avert a heftier tuition hike, the regents agreed this summer to tap an estimated $8.1 million from reserves to support the system budget for the current fiscal year.

The regents’ system held nearly $190 million in its reserves in the 2017 fiscal year. The reserves could be down to $142 million by the end of the current fiscal year.