No surprises in races for attorney general, comptroller, treasurer 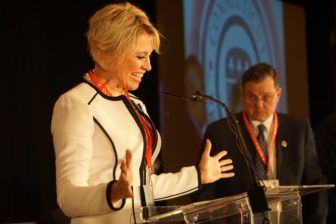 There were no surprises in Tuesday’s primary elections for attorney general, comptroller and treasurer as voters selected the same candidates that were nominated at their party’s conventions this past spring.

Hatfield is a state prosecutor from Pomfret and was a Donald Trump delegate in 2016 and once worked in Washington as a young policy aide to former U.S. House Speaker Newt Gingrich. She has an undergraduate degree in nursing from American International College, a law degree from Stetson University College of Law, and a master’s in taxation law from Georgetown University Law Center. Before becoming a prosecutor in 2005, Hatfield was a public finance attorney in New York City.

Tong bested state Sen. Paul Doyle, a moderate whose vote against his party’s budget last year contributed to the General Assembly being unable to pass a budget on time, forcing the state to go months into the fiscal year without a spending plan. Tong also beat Chris Mattei, a federal prosecutor who led the case against former Gov. John G. Rowland for corruption in office. 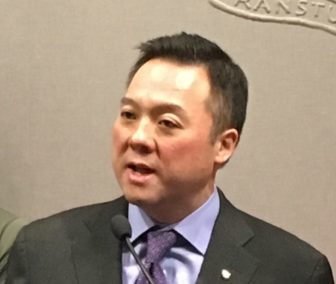 Tong, who became the first Asian-American legislator in Connecticut when elected to the state House of Representative in 2006, has had ambitions beyond the General Assembly for some time. He was on the short list for U.S. attorney of Connecticut after the election of former President Barack Obama, his old constitutional law professor at the University of Chicago. He ran for U.S. Senate in 2012, dropping out to endorse Chris Murphy, the eventual winner. And he made an unsuccessful run for the Democratic mayoral nomination in his hometown of Stamford in 2013.

In the legislature, Tong is the chair of the Judiciary Committee and previously the Banks Committee. He has opposed the decriminalization of small amounts of marijuana, but missed the vote on legalizing medicinal marijuana, and supported reclassifying most drug possession crimes as misdemeanors. He supported bills that repealed the death penalty, raised the minimum wage and mandated that certain private employers offer paid sick days. He played a leading role in passage of a law in 2016 that requires gun owners to surrender their weapons while they are subject to temporary restraining orders in domestic violence cases.

This seat was not competitive during the last election in 2014, as incumbent George Jepsen won re-election with 57 percent of the vote.

Kevin Lembo, who is seeking a third term as the state’s top fiscal officer, will face Kurt Miller, who has served as First Selectman of Seymour since 2011.

Miller, who was endorsed by the GOP at the party’s convention by a wide margin in May, has a long career working for various financial service firms.

Miller was challenged by Mark Greenberg, a Republican businessman who was the GOP nominee for Congress in the 5th District in 2014.

Greenberg was the opening prosecution witness against Rowland in 2014, when the former governor was tried and convicted on charges of conspiring with a congressional candidate to violate campaign finance laws. Greenberg is the founder of MGRE, one of the largest real estate management firms in the New York metropolitan area. He and his wife are also the founders of The Simon Foundation, Inc., a no-kill animal shelter in Bloomfield.

This seat was somewhat competitive during the last election in 2014, as Lembo won re-election with 52 percent of the vote.

Secretary of the State

Neither party held a primary for this seat.

Democrat Denise Merrill is seeking reelection for a third term against Republican Susan Chapman, the first selectwoman of New Fairfield.

This seat was competitive during the last election in 2014, as Merrill won re-election with just 51 percent of the vote. 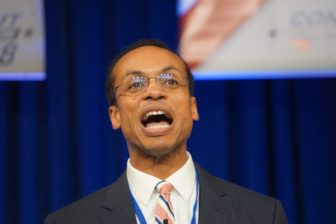 This seat was competitive during the last general election in 2014, as Denise Nappier won re-election with 51 percent of the vote.

Jake Kara and Mark Pazniokas contributed to this report.