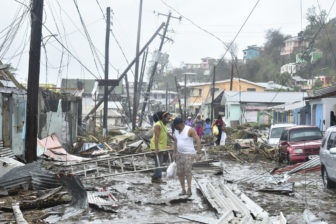 A year after Hurricane Maria ravaged Puerto Rico, there is a debate about whether the storm has created political winds that will prompt Connecticut’s Puerto Ricans to shed their reputation as unlikely voters.

Puerto Rican voters, who usually favor Democrats, could tip the balance in key races in November’s mid-term election, making a difference in a competitive governor’s contest and several tight legislative races that could decide which party controls the state House and Senate.

The U.S. Census Bureau determined there were 291,603 Connecticut residents of Puerto Rican heritage at the end of last year. But that sizeable and growing community has a poor track record when it comes to voter participation, according to national and state voter turnout statistics from areas with significant Puerto Rican populations.

Connecticut has the sixth largest Puerto Rican community in the nation, after Florida, New York, New Jersey, Pennsylvania and Massachusetts.  Connecticut also has the highest concentration of Puerto Ricans of any state as a percentage of the state’s population, and Puerto Ricans are by far the largest Latino group in the state.

But, according to the Center for Puerto Rican Studies at Hunter College in New York, Puerto Ricans in Connecticut, on average, have lower educational attainment and are younger and poorer than islanders living in other states.

Those socio-economic factors, as well as lower English-language proficiency among the state’s Puerto Ricans, have contributed to voter apathy in the community.

“They don’t participate as much as they should,” said Victor Lopez Jr., executive director of the Hispanic Coalition in Waterbury, a non-profit agency that advocates for local Latinos.

Lopez said if the coalition does a good job registering Puerto Rican voters, there’s a better chance they show up at the polls.

“But we still struggle,” he said.

Carlos Vargas-Ramos, a research associate at the Center for Puerto Rican Studies, agreed that the apathy of unlikely voters can be countered by “mobilization efforts,” such as voter registration drives and get-out-the-vote efforts.

He also said what many Puerto Ricans consider to be the federal government’s poor response to the hurricane, and President Donald Trump’s recent tweetstorm that derided an estimated death toll of about 3,000 from the storm, will mobilize voters this year.

Democrats have also launched massive voter registration drives in Florida’s Puerto Rican community. But there appears to be less of that activity in Connecticut.

Puerto Ricans are U.S. citizens, which means even newcomers from the island can register to vote and cast a ballot in November’s general election.

Yet Vargas-Ramos said it’s more likely Connecticut’s long-term Puerto Rican residents will be motivated by the storm to vote because they either took in hurricane victims or had family members on the island who were affected. 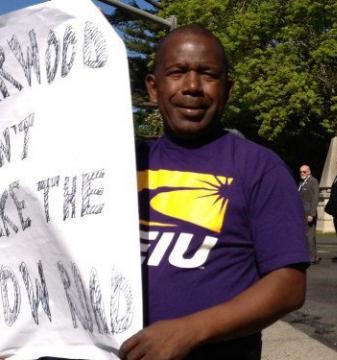 “They will be more willing to turn out to vote because they already know the politics of the state and have been mobilized by the response to Maria,” Vargas-Ramos said. “They have personally opened the door to storm victims and have assisted in the relief efforts.”

Still, Barbara Lopez, director of Make the Road, CT, a Latino social justice organization that registers voters in Bridgeport and Hartford, said Puerto Ricans in the state are “deeply frustrated and distrustful of local government,” making it difficult to persuade them to become politically engaged.

“But when we talk about what a brighter future looks like, then they get excited to vote,” she said.

It’s not just Puerto Ricans who have low voter turnout. Latinos of nearly every background, with the exception of Cuban-Americans, have lower voter participation than most other ethic and racial groups.

According to the Pew Research Center, Latino turnout in 2014, the last midterm election, fell to a record low. While a high of 6.8 million Latinos voted that year, just 27 percent of the electorate showed up, compared with 31.2 percent in 2010.

While most Latinos favor Democrats, Democratic candidates should not take their votes for granted.

A July Latino Decisions poll showed Democrats leading Republicans 67 percent to 22 percent among Latinos. But only 44 percent of Latino respondents said they were “certain” they will vote for Democrats, and only 53 percent said they were certain to vote in November at all.

María Teresa Kumar, president of Voto Latino, a non-partisan organization that encourages Hispanics to become more involved in the political process, said organized labor – which has seen a growth in Latino members – is probably doing the best job of getting Hispanic voters registered and to the polls.

“We don’t have a history of electoral participation,” Kumar said. “But Latinos will make a difference if there’s an effort to enfranchise us.”

Alberto Bernardez, of 32BJ Service Employees International Union, is trying to do just that.

He is working in Danbury, Bridgeport, Hartford and Stamford to register the union’s members, mostly janitorial workers, and get them to the polls in November.

“We’re working hard to elect Ned Lamont,” he said, referring to the Democratic candidate for governor.

Franklin Soults, spokesman for 32BJ SEIU, said there was a great response to a family leave campaign from union members. But he said it’s difficult to gauge whether Hurricane Maria will motivate Connecticut’s Puerto Ricans to political activity.

“We have only heard anecdotes about the repulsion that they have had to the hurricane  response,” he said. 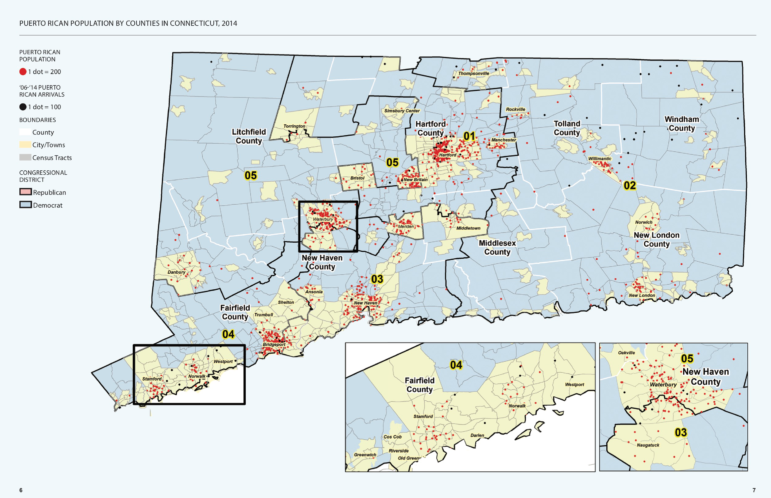