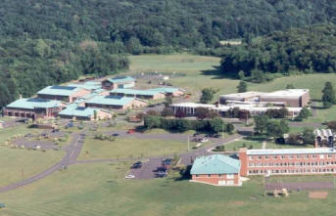 Two independent reviews of Connecticut’s residential psychiatric hospital for children in Middletown describe a staggering failure by multiple state agencies to protect children, and provide details about an environment so unsafe that seven other children attempted to kill themselves in the months surrounding the suicide of an 8-months pregnant teenager in June.

The investigations – one conducted by the state Office of the Child Advocate and the other by an outside consultant – have uncovered a pattern of systemic problems at the Albert J. Solnit Children’s Center that were kept from public view due to a lack of transparency.

They also call into question the ability of two agencies, the departments of Children and Families and Public Health, to ensure the safety of Solnit’s residents or provide appropriate care for the troubled children held there.  The reports were obtained by CT Mirror in advance of a Wednesday hearing before the legislature’s Committee on Children.

State Sen. Len Suzio, and the Republican co-chairman of the Children’s Committee, said during an interview Tuesday night that the reports show the “unbelievable incompetence” of DCF and DPH.

“What in the world was DPH doing? It’s damning. There was no follow up,” he said. “I don’t believe there was a serious commitment to improve anything.”

Calling Destiny’s suicide a “horrible blow” to all who knew her and everyone who was responsible for her care, DCF Commissioner Joette Katz released a statement Wednesday morning saying her agency is determined to “prevent such a tragedy in the future.”

“Accordingly, as we are grieving, we also are acting. We closely examined the circumstances surrounding this loss and the conditions in which it occurred,” Katz said. “As a result we have made and will continue to institute many improvements to safety related to the facility, the treatment model, and protocols at Solnit South.”

The conditions at Solnit described in the two reports show that Katz’s agency has significant work to do before the facility is a safe, therapeutic environment for children.

For example, investigators found that:

The Office of the Child Advocate’s investigation takes issue with “the dearth of public information,” and the lackluster efforts by one agency of the Malloy administration — DPH — to force improvements in another of its agencies, DCF.

The OCA report details a pattern of DPH citing problems following a serious incident at the facility, DCF promising changes in a corrective action plan, and DPH not following up until another critical incident occurred.

The OCA report also notes that despite DPH’s finding that residents were in “immediate jeopardy” at Solnit, the state never informed the public of those findings – not even the parents of youth living there.

“There is an urgent need to create a transparent and accountable framework for child-serving treatment facilities licensed by DCF or run by DCF,” wrote the Office of the Child Advocate. The state “should consider the future of Solnit, as well as other opportunities to re-balance the division of service delivery to children between state and community providers.”

OCA is recommending that state law be revised to require that all state-run programs for children be licensed and subject to routine program review and inspection. The office is also asking lawmakers to require that “all facility performance measures, including information regarding safety, child maltreatment, corrective actions, and treatment outcomes be regularly published.”

The incident in which a staff member screamed at a child is just one of the many staffing issues described in a series of reports by Barrins & Associates. Those ongoing reviews are being led by Michael Hoge, a professor of psychiatry at the Yale University School of Medicine and director of Yale Behavioral Health. Hoge and his team are expected to share their findings with lawmakers during today’s hearing.

“The many areas of concern detailed below, when taken as a whole,” raise serious concerns about the overall operation of the [facility], the potential impact of the numerous problems on the care of youth, and why so many issues have remained either unidentified or unaddressed,” a review of operations at the facility through last Tuesday concludes.

The report also questions some staff’s competence, including a clinician witnessed struggling to describe his client’s psychiatric history, past treatment, what led to the admission, and the treatment goals. Officials acknowledged the employee is struggling and that they are addressing it through intensive supervision.

Those interviewed by the team of experts also explained a system in which too many staff working at the facility are there for the wrong reasons.

“Several staff have expressed a sense that many of the long-term staff are staying for the benefits (retirement, wages, time off), rather than for the intrinsic value of the work with children,” the report notes.

Some of the staff at Solnit landed there only after their state-run programs closed or shrunk, and the report questions whether that makes sense. Many of the staff who now work at Solnit worked next door at the state’s now closed juvenile jail, the Connecticut Juvenile Training School.

“Changes in the system … have resulted in transfers of staff to [Solnit] from other settings that emphasized client control, rather than engagement. Some stated that they are sometimes called to an emergency physical intervention and find staff from outside the unit taking the lead on the intervention as the regular staff from the unit remain on the periphery.”

These outside reviews  started only after  Destiny hanged herself and public pressure mounted for increased accountability at the facility.

New details surrounding Destiny’s death are also revealed in the reports, describing a staff who seemingly gave up on her.

“Progress notes became sparser or were not entered in May or June,” the child advocate’s report says.

After Destiny refused to work with her assigned psychiatrist, an appointment was never set up with another therapist, investigators found. Instead, in her final three months at the facility, Destiny’s clinician would write notes to her – including one informing her that she would be discharged to a foster group home the next day, despite Destiny displaying some hesitance to other staff.

Shortly after, the teen hanged herself, killing herself and her child.

The child advocate would later learn that Destiny’s transition to foster care was not well organized, with no plans in place for her to attend school or receive out-patient therapy. The provider that would be overseeing Destiny’s care after she was discharged received minimal information about their new client, the report says.

“The email exchanges reveal a concerning lack of comprehensive discharge planning for Destiny and raise questions as to how a discharge date was confirmed without key aspects,” the advocate’s report reads.

Experts from Barrins & Associates noted in their report last week that numerous safety issues remain unresolved months after they were first identified, including retraining of all staff. Fifty-one of the 78 employees have been trained and tested so far.

“It became clear that the [facility] had not identified the date by which this training on all staff would be competed,” they write. “Since this training pertains to high-priority policy changes involving the safety of the youth, an organized plan should be developed.”

The experts also outlined numerous ways the facility is unsafe for those who are intent on harming themselves. Many of the hinges at Solnit can be used to hang things from. Numerous blind spots exist, requirements that staff check in on residents every 15 minutes are not consistently followed, and office and kitchen doors are left unlocked, giving youth unsupervised access to chords, sharps and other hazardous materials.

“There are many ligature self-harm risks in the environment that need to be addressed,” the report says.

In addition, the facility is filthy, “and requires a deep cleaning.”