An ‘army of young people’ propels and inspires Jahana Hayes 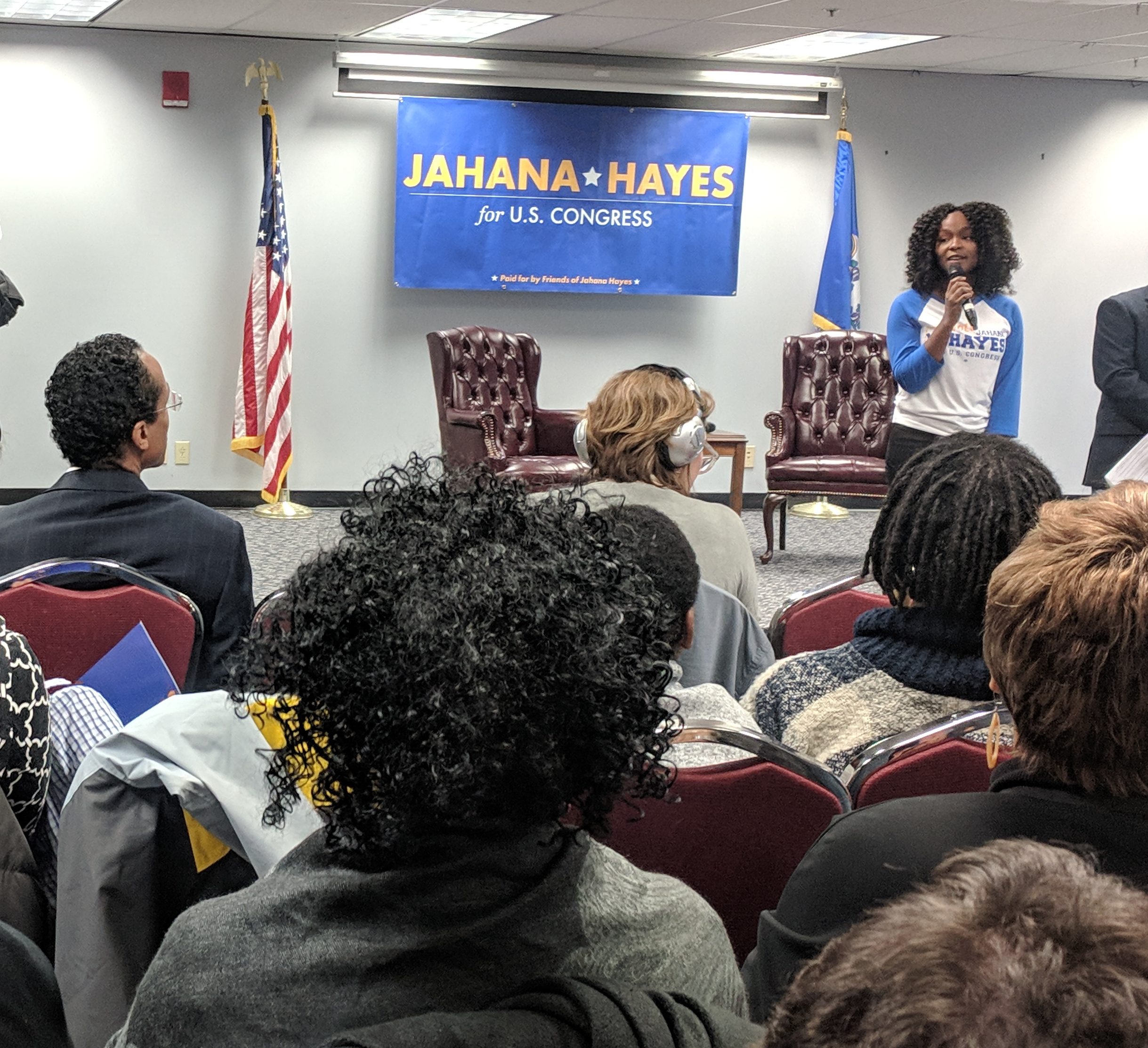 Michaela Barratt, one of Jahana Hayes former students from Waterbury – opens a forum Sunday hosted by Students for Jahana Hayes.

Concerned that they are often overlooked on the campaign trail, more than 50 college students formed a coalition whose aim was getting more young people involved in politics in Northwest Connecticut.

Hayes was a political newcomer and underdog heading into the Democratic Party’s convention, losing the nomination , under questionable circumstances, by a single vote.

But in the subsequent primary, Hayes won convincingly, putting her on the Fifth Congressional District ballot against Republican Manny Santos of Meriden.

“Young people dragged me across the line. The polls had me out,” Hayes, 45, told a room of about 100 supporters during a forum for students at Central Connecticut State University’s New Britain campus Sunday evening.

She said people told her to stop spending so much time courting young people because they don’t vote. 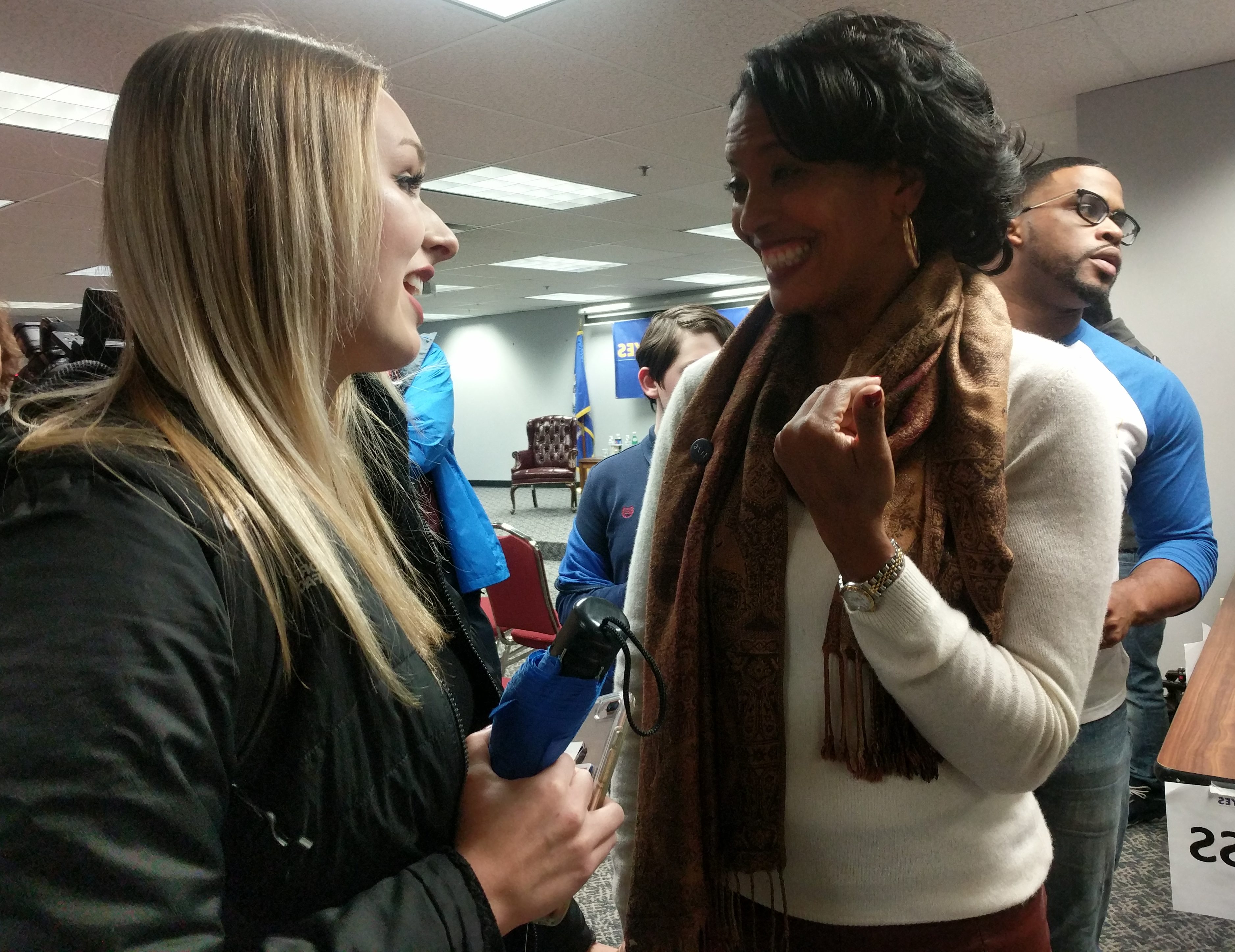 Jahana Hayes talks with Maggie McGuire, a freshman at UConn from Farmington

Hayes – a former history teacher in an inner-city school in Waterbury who went on to become the National Teacher of the Year in 2016 – says the wave of politically engaged young voters continues to be her inspiration.

They have registered to vote en masse.

Since the last midterm election in 2014, an additional 4,877 new Democrats under age 25 had registered to vote in the Fifth District as of last Thursday – compared to 2,681 additional Republicans. Just over 8,600 young voters registered as unaffiliated with any party.

However, there is still a major hurdle for some college students, some advocates have been warning. Many towns do not have more than one polling location, and proposed legislation that would permit towns with college campuses to open a second polling place on campus stalled this past year at the state Capitol.

None of the college campuses located in the Fifth Congressional District have a polling place, said Hayes.

Despite that, Students for Hayes hopes to change the narrative around them not showing up to the polls.

“We young people don’t get taken seriously, or it’s, ‘Oh, they don’t vote. They don’t matter,” said Farian Rabbani, a University of Connecticut junior from Seymour, and co-founder of Students for Jahana. “We’ve kind of taken the back seat. We can’t do that any more.”

Hayes has brought many of these students to volunteer on the campaign. Students are entirely responsible for helping those who need to vote absentee.

And when she realized she needed a website – and after Googling ‘How to build a website’ wouldn’t suffice – Hayes turned to the students despite advice to turn the job over to professionals.

“No, I am not turning it over to anybody. I am giving them a shot. I am giving them a shot and I am letting them do it. Our website is in the Library of Congress. We got a letter that it’s archived in the Library of Congress and has been selected to memorialize and capture the culture and the energy of the 2018 midterm cycle. Done by students,”Hayes bragged. “What this [election] cycle is showing, is that every single person has a place here. That every person is needed here. I could not have touched the number of people that I touched without this army of young people behind me.” 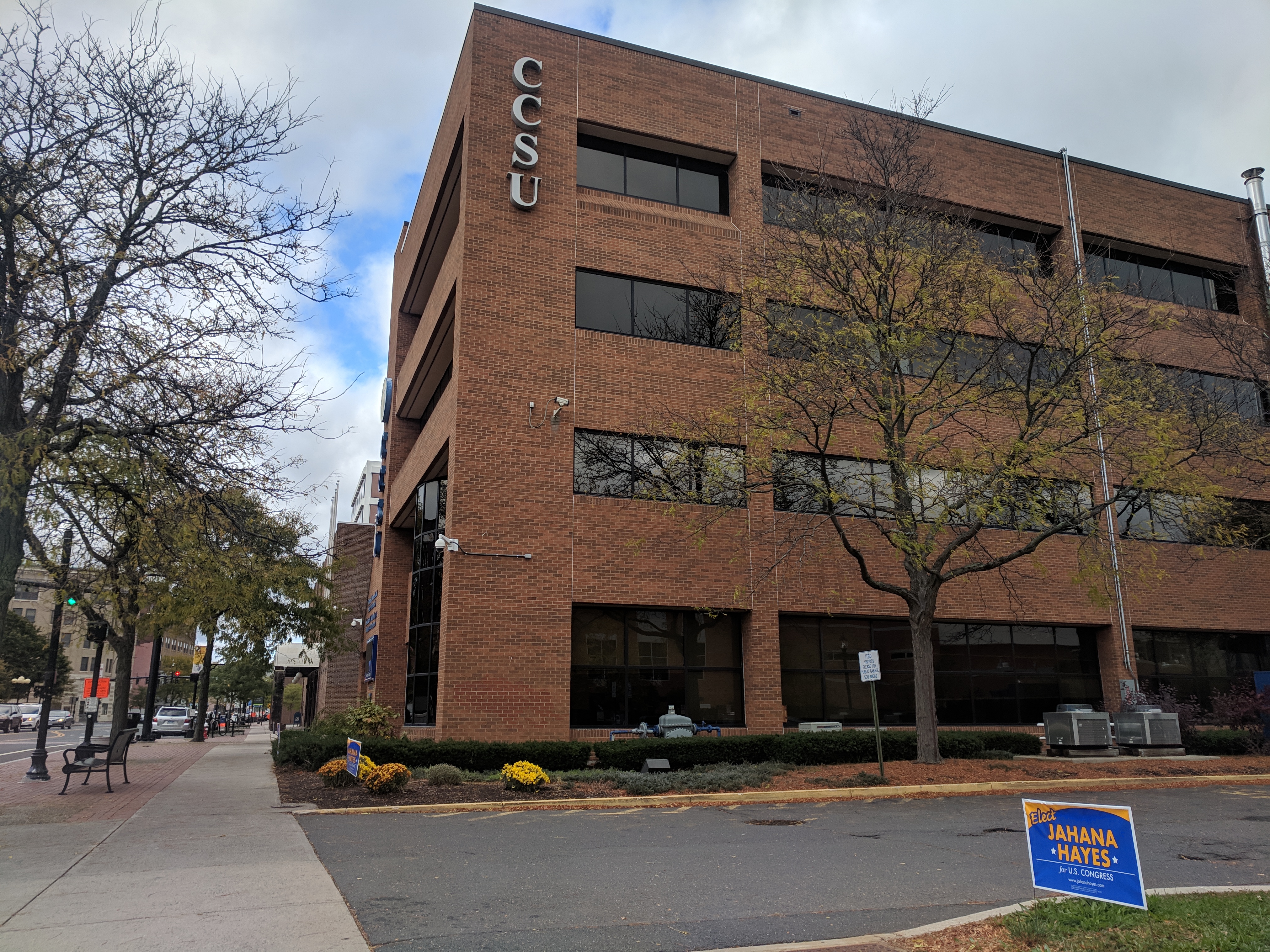