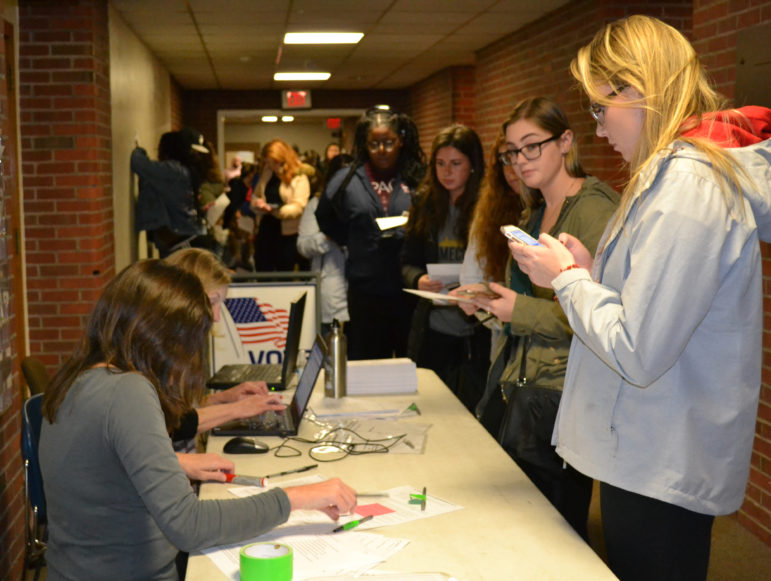 Moments after polls closed in Connecticut, the gubernatorial campaign of Republican Bob Stefanowski went to court challenging votes being cast in two  Democratic strongholds, New Haven and the college town of Mansfield.

The legal maneuver by Stefanowski came at the start of a long evening of waiting. The contest between Stefanowski and Democrat Ned Lamont remained tight late Tuesday night as precincts slowly reported in, though independent candidate Oz Greibel and his running mate Monte Frank conceded the obvious at about 9:30 p.m.

Griebel said he felt “genuine disappointment” at the outcome, but said it was a privilege and an honor to run.

Earlier in the evening, the Stefanowski campaign asked a Hartford Superior Court judge to issue a temporary injunction to prevent same day registrants in those communities –largely students from Yale and the University of Connecticut — from voting on the grounds that they were improperly registered.

According to published reports, Superior Court Judge Cesar Noble ordered roughly 600-800 ballots secured, and has set a Friday hearing to determine whether they need to be individually reviewed.

At about 10:30 p.m., Secretary of the State Denise Merrill said about 100 votes in New Haven and 200 in Mansfield were being sequestered awaiting a decision on whether it would be necessary to count them to determine the election outcome.

The GOP went to court after local polling places in New Haven and Mansfield worked to register all the voters in line before the 8 p.m. cutoff. There were long lines of UConn students waiting to register in Mansfield as the polls closed. In New Haven, too few people processing applications led to state officials swearing in voters en masse.

“This is illegal and against the law,” Stefanowski tweeted shortly after the polls closed at 8 p.m. “The law is very clear. Same-day registration has to happen BEFORE 8 pm – even if they are in line they can’t not register past 8 p.m.”

“The registration applications must be processed by 8pm. We’re getting reports that THEY AREN’T EVEN PROCESSING THEM and allowing them to vote without being fully registered,” he added.

When it became clear that the two people in New Haven responsible for registering people to vote on Election Day would not get through the hours-long line, the secretary of the state’s office sent staff to help register voters before the 8 p.m. cutoff.

Attorneys from that office had everyone who has never voted in an election in Connecticut – mostly Yale University students – attest that they have not voted and register them. This saved election staff in New Haven from having to ensure they had not voted elsewhere.

A spokesman for the secretary of the state’s office said that the number of people who were registered this way was between 100 and 1,000. Those ballots are being marked in case they need to be further scrutinized.

“Out of an abundance of caution, we are keeping them separate in case questions come up,” said Gabe Rosenberg, spokesman for the Secretary of the State’s Office. 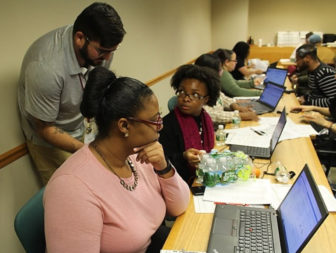 According to the New Haven Independent, hundreds of people attempting same-day registration were waiting in lines that snaked around New Haven City Hall. The crowd of waiting, yet-to-be-registered voters were chanting“Let us vote!” as the 8 p.m. deadline approached.

It was at this point that the secretary of the state’s office dispatched volunteer attorneys to New Haven to help. Those attorneys advised New Haven polling officials to separate first-time voters from the rest of the people waiting in line to register, and then allowed them to attest as a group that they’d never voted before in Connecticut. They were then allowed to vote.

The secretary of state’s office said it gave similar advice to polling officials in Mansfield, but did not send volunteers to the polls there.