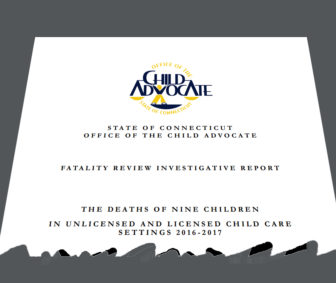 When the state cut off the subsidies for safe and regulated child care programs in 2016, fears mounted that parents would have little choice but to send their children to unregulated care since that would be all many could afford.

On Tuesday, the Office of the Child Advocate cited the decrease in enrollment in families receiving help to pay for child care as a possible link to an uptick in child fatalities at illegal home care programs in 2016 and 2017.

A new report by the OCA found that six of the nine infant and toddler deaths at Connecticut day cares in 2016 and 2017 occurred at unlicensed, illegal home care programs.

The report examines the nine deaths of those children in separate home child care settings, both licensed and illegal, between March 2016 and November 2017.

In Connecticut, all child-care providers are required to be licensed, except for a child’s relatives, who may be eligible to receive care subsidies.

With release of Tuesday’s report, OCA Assistant Child Advocate Faith Vos Winkel said the watchdog agency is making a push for any providers in unlicensed child care to get the needed certification.

“We want kids to be in high-quality, regulated child care where people charged with caring for them are vetted in terms of troubling backgrounds, training in CPR, and understanding the nuances of caring for infants and toddlers,” Vos Winkel said.

Unsafe sleep practices are the leading cause of infant deaths in Connecticut, Vos Winkel said.

One of the children, a 4-month-old in an illegal home care setting, died of a Benadryl overdose, resulting in a 30-month prison sentence for manslaughter for the child care provider.

The causes of death of the nine children in the report included unsafe sleep conditions, medication toxicity [– the overdose –], blunt force trauma, and a range of natural but possibly preventable causes, according to the report.

The OCA report said the agency and the Office of Early Childhood (OEC) “were concerned that the decrease in enrollment in the Care4Kids Program, … might explain the uptick in child fatalities.”

There was only one reported infant death in the previous 24-month period, February 2014 through February 2016, according to the report. From 2010 through 2015, there were a total of five infant or toddler deaths in child care, the report said.

The Care4Kids program, which offers subsidies from about $40 to $337 per week, had been scaled back in two stages. In August 2016, enrollment was closed to working families earning less than 50 percent of the state median income. In December of that year, it was closed to teenage parents attending high school, along with former recipients of Temporary Assistance for Needy Families, often referred to as welfare benefits.

By the time officials reopened and rewidened program eligibility last November, there were roughly 6,000 fewer children getting Care4Kids help than in October 2016  — a 30 percent participation reduction.

The OCA also said the OEC should adopt new regulations that set appropriate standards for infant safe sleep practices, and establish pre- and post-licensing training requirements for all child care providers regarding those standards.

OEC Commissioner David Wilkinson said the agency has made expanding access to care for infants and toddlers a top priority. The OEC is looking to increase infant and toddler child care by about 20 percent.

According to the agency, that includes raising  payment rates for child care providers, providing child care providers one-time per-child monetary bonuses for those who begin to serve or take on additional infants, and giving start-up contracts to providers to connect them to low-income parents in need of child care.

The OEC also created a Trusted Licensed Care campaign to build awareness among parents and providers about the importance of licensed child care settings, and a safe sleep education campaign.

“In reviewing the licensing histories of child care providers discussed in this report, OCA was unable to conclusively characterize the nature or severity of the identified licensing violations based on the available information in the record and the lack of an objective framework for determining violation severity or the risk the violation poses to the health and safety of children,” the report said. 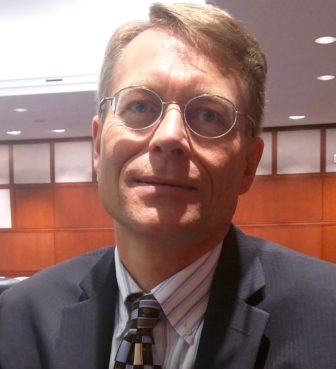 The Connecticut Mirror has compiled a database of safety violations and resolutions, inspection history, and the National Association for the Education of Young Children (NAEYC) accreditation.

Merrill Gay, the executive director of CT Early Childhood Alliance, said the child deaths, which took place while Care4Kids enrollment was limited, are a horrible reminder of what happens when parents cannot access quality care so they can work.

“It is essential there be enough funding to keep Care4Kids open and to increase the obscenely-low payment rates that effectively keep low-income infants and toddlers out of licensed child care centers,” Gay said.