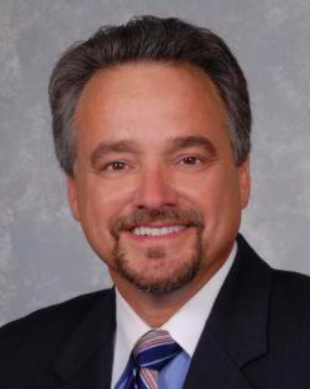 Gov.-elect Ned Lamont has recruited Joseph J. Giulietti, the former president of Metro-North, the commuter railroad that is Connecticut’s vital economic link to New York City, to be his commissioner of transportation.

With his key State Capitol staff in place, Lamont is now turning to naming agency heads, relying on national recruiting and local connections to help find executives who can help the new administration grow a state economy that has recently showed signs of strength.

Lamont, sources said Thursday, sees hiring Giulietti as a coup that places a well-regarded mass-transit executive in charge of transportation and signals to Fairfield County commuters that easing their commute as an economic development tool is a priority.

“Joe Giulietti is a national transportation leader, a visionary and, most importantly, a true believer in the connection between strategic transportation planning and economic development,” Lamont said in a statement Friday morning. “I look forward to working with him to implement my bold rail vision – including substantially reducing travel time from New Haven and our other towns to New York City – and other transportation and infrastructure projects that will support and enhance Connecticut’s economy and growth.”

Giulietti retired last year at age 65 as the president of Metro-North, one of the nation’s busiest commuter rail systems, connecting 124 stations along 384 miles of track in New Haven and Fairfield counties in Connecticut and seven counties in New York. The New Haven line into Manhattan is one of three east of the Hudson River operating out of Grand Central Station in New York City.

“I look forward to bringing my experience and background in rail to Connecticut, a state ripe for rail enhancement and upgrades on its Metro North lines, as well as the expansion of its newly launched CT Rail line,” Giulietti said. “I also appreciate the governor-elect’s focus on upgrading the state’s aging infrastructure and using strategic transit-oriented development to help drive economic growth and prosperity for the state’s residents.”

He was widely praised for his management of a railroad that had been cited for safety deficiencies by federal railroad officials before his arrival. He began his career at Metro-North in 1983, departing in 1998 to run the Tri-Rail system in southern Florida.

He returned to Metro-North as its leader in early 2014, not long after four passengers were killed in a crash on the Hudson Line train near Spuyten-Duyvil.

Not long after his arrival, he and other transit leaders visited Hartford to accept a public dressing down from Gov. Dannel P. Malloy and acknowledge that a spate of accidents and service interruptions are symptomatic of problems deep within the commuter railroad.

“It’s not by coincidence. There’s something going in the organization,” said Thomas F. Prendergast, the chairman and chief executive of the railroad’s parent, the Metropolitan Transportation Authority. “There are management and cultural issues, and I think we’ll find those, and we’ll root them out.”

Thomas F. Prendergast, then chairman of the MTA, left, and Joseph J. Giiulietti, then president of Metro-North in Hartford in 2014.

Prendergast and Giulietti met privately with Malloy and top administration officials at the State Capitol, then stood by as the governor described the railroad’s management in withering terms during a televised news conference.

“I have made perfectly clear, as I think was evident to both of the gentlemen, that they have lost the confidence of many of our riders and our citizens in the state of Connecticut, and it is their job to earn it back,” Malloy said.

By most accounts, Giulietti succeeded.

Giulietti grew up in the New Haven area. According to an announcement when he became Metro-North president, Giulietti began his railorad career in 1971 with Penn Central while attending Southern Connecticut State University, where he received his bachelor’s degree in history and English.

He was a foreman and assistant manager at Conrail before joining the newly formced Metro-North in 1983 as the superintendent of transportation, holding a string of management posts before departing for Florida.