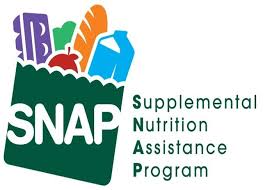 Washington – The Trump administration on Thursday moved to tighten work requirements for food stamps, a change in policy that could affect up to 39,000 in Connecticut who receive this assistance.

The U.S. Department of Agriculture proposed a rule that would restrict the ability of states like Connecticut to exempt certain adults without dependent children from work requirements in the Supplemental Nutrition Assistance Program, or SNAP. Tightening  work requirements was rejected by Congress in a recently approved farm bill signed into law by President Donald Trump on Thursday.

“The USDA proposal betrays decades of bipartisan support for SNAP,” DeLauro tweeted. “The President’s cruelty couldn’t be clearer: passing trillions in tax cuts for billionaires & corporations with massive giveaways to corporate agribusinesses—while taking food assistance away from the unemployed.”

With just hours before the end of this Congress, DeLauro introduced the “Protect SNAP Act,” legislation that would block the USDA from implementing the new work requirements. While that legislation isn’t likely to advance, the issue is almost certain to come up again in the next Congress, in which Democrats will take over control of the U.S. House from the GOP.

In more than 50 Connecticut towns, abled bodied food stamp recipients between the ages of 18 and 49 with no dependents are required to work, or attend job training or school for 20 hours a week, to obtain benefits.

But 114 towns in the states, and about 39,000 individuals in those towns, were exempt from those requirements because the state received a waiver on the basis that those localities had higher-than average unemployment rates.

The Trump administration says the waivers are no longer needed as the economy has improved.

“Long-term reliance on government assistance has never been part of the American dream,” said Agriculture Secretary Sonny Perdue. “As we make benefits available to those who truly need them, we must also encourage participants to take proactive steps toward self-sufficiency. Moving people to work is common-sense policy, particularly at a time when the unemployment rate is at a generational low.

The USDA’s proposed rule would strip Connecticut’s ability to issue waivers unless a city or town has an unemployment rate of 10 percent or higher.

Perdue said in a conference call with reporters Thursday that the proposed rule is a tradeoff for Trump’s support of the farm bill. The U.S. Senate beat back an attempt by House Republicans to expand work requirements in that farm bill.

The public will have 60 days to comment on the proposed rule. The USDA is required to weigh those comments before issuing a final regulation.