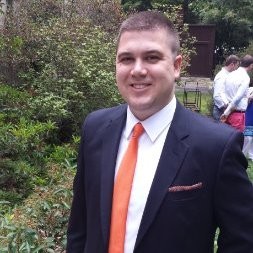 Joseph was one of five appointments Bysiewicz unveiled Monday, including Cherie Phoenix-Sharpe, deputy corporation counsel for the city of New Haven, as her chief legal advisor.

“Our administration is committed to growing our economy by supporting small businesses, investing in infrastructure, ensuring equal pay for equal work, developing our workforce, and honoring our veterans,” said Bysiewicz, who will be sworn into office on Jan. 9. “I am proud to announce a team that brings both diverse perspectives as well as strong experience in local, state and federal government.”

Joseph, who has overseen media relations for the Senate Democratic Caucus since 2011, worked as the spokesman and legislative director for New Haven Mayor John DeStefano prior to that. Joseph holds a degree in history from James Madison University. He and his wife Adriana live in New Haven.

Phoenix-Sharpe has been deputy corporation counsel in New Haven under Mayor Toni Harp since 2014. She previously served as an associate with the Hartford firm of Murtha Cullia, LLP, advising clients in commercial transactions and regulatory matters. Phoenix-Sharpe holds a law degree from Pace University and was the 2015 Pace Law School Black Law Student Association Alumnus Honoree. She and her husband, Shadeed, live in Hamden.

Samuel Carmody of Wallingford, director of party affairs for the Connecticut Democratic Party, to oversee legislative and government relations.

Juliemar Ortiz of New Haven, a press aide for the Senate Democratic Caucus, as press secretary to the lieutenant governor.