As DOJ asks court to invalidate the ACA, Connecticut joins legal fight to defend it

Washington – Just as the Trump administration notified a federal court it would challenge the constitutionality of the Affordable Care Act, Connecticut joined other states in stepping up their legal defense of Obamacare.

In a filing Monday with the 5th U.S. Circuit Court of Appeals, the Justice Department said it agreed with 15 Republican attorneys general that the elimination of the “individual mandate,” the requirement that most Americans have health insurance, invalidated the entire ACA.

That was a surprising shift in policy for the Trump administration, which had argued in a brief in June that the tax penalty for not buying insurance — repealed by Congress in a federal tax overhaul — was legally distinct from other provisions of the law, which could still stand.  The administration said there were only grounds to strike down the law’s consumer protections, including those for people with preexisting health conditions, but the rest of the health care law, including its expansion of Medicaid, were still constitutional..

Now the administration says it agrees with a ruling by U.S. District Judge Reed O’Connor that the entire ACA is “invalid” because of the elimination of the individual mandate. That decision has been appealed to the 5th Circuit Court of Appeal.

“This is a cruel attack on Connecticut families and on the American people. It’s pure political cruelty,” said Connecticut Attorney General William Tong, who is fighting the legal challenge to the ACA at the court of appeals.

Connecticut, and 20 other Democratic attorneys general, led by California Attorney General Xavier Becerra, filed an opening brief on Monday in the 5th Circuit in defense of the health care law. 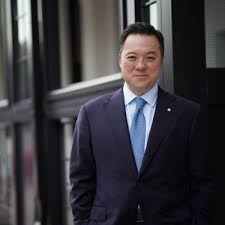 “My colleagues and I — 21 of us — are standing as the firewall for people in Connecticut and the American people,” Tong said.

Timothy Jost, professor emeritus at Washington and Lee School of Law and an expert on the ACA, said that is a strong legal point.

“The question of standing in a federal court only is granted if the case is brought by someone who is injured,” Jost said. “No one is injured here. No one was hurt by the elimination of the individual mandate.”

The Democratic-controlled U.S. House of Representatives has also intervened to ask the ACA be upheld in its entirety.

And the nation’s health insurers have also filed a brief in support of the ACA. The insurers decried the Trump administration’s decision to join those seeking a legal end to the health care law.

“We said before that the district court’s decision was misguided and wrong,” said Matt Eyles, president of America’s Health Insurance Plans. “This harmful position puts coverage at risk for more than 100 million Americans that rely on it.”

Jost said the 5th Circuit Court of Appeals, which hears cases from Mississippi, Louisiana and Texas, “is possibly the most conservative in the country” and could agree the ACA is unconstitutional.

“On the other hand, the position that Texas and the administration is taking is so absurd that I think there’s a very good chance the lower court’s decision would be reversed,” Jost said.

The final arbiter of the fate of the Affordable Care Act may be the Supreme Court, which is more likely to hear an appeal if the 5th Circuit agrees with the lower court, Jost said.

An elimination of the ACA would have a huge impact in Connecticut, which enthusiastically implemented Obamacare.

“It would be catastrophic,” said Ted Doolittle, Connecticut’s health care advocate. “Right off the bat, the popular parts everyone wants to keep would be thrown out — having kids on the policy until 26, no annual limits, no lifetime limits — along with the parts people object to.”

Connecticut law prohibits insurers from denying coverage to residents with pre-existing conditions in most of the policies they sell here.

“It would be catastrophic. Right off the bat, the popular parts everyone wants to keep would be thrown out — having kids on the policy until 26, no annual limits, no lifetime limits — along with the parts people object to.”

But that protection, as well as the state-mandated “essential health benefits” all insurers in the state must provide, is predicated on the existence of the ACA and would be vulnerable to repeal if the health care law no longer existed.

More than 267,000 low-income adults  — aged 19 and older without minor children – have coverage through the ACA’s expansion of Medicaid, known as HUSKY D in the state.

Tens of thousands of other Connecticut residents get help purchasing a policy with premium subsidies through the ACA’s health care exchange, AccessHealth CT.

That is all likely to disappear if the ACA does, dramatically increasing the numbers of uninsured people in the state.

Last year, Ben Barnes, the former head of Connecticut’s Office of Policy and Management, said the end of those two key provisions of the ACA — the federal tax credits that help those who qualify to purchase insurance and the federal payments to states for expansion of Medicaid –would result in the loss in of about 35,900 jobs across many industries in Connecticut.

Barnes also said the dismantling of those provisions would result in a loss of $12.5 billion in federal funds, $39.1 billion in business output, $23.3 billion in gross state production and $748 million in state and local taxes in the five-year period from 2019 to 2023.