Blumenthal backs Sanders ‘Medicare for All’ plan; Murphy does not 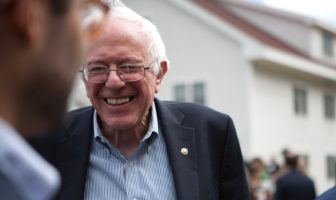 Blumenthal was one of 14 co-sponsors of Sanders’s bill, all Democrats, while Murphy supports other proposals that would overhaul the nation’s health care system – all plans that do not eliminate the role of health insurers.

Sanders, who is running for the White House, blasted the nation’s health insurers when he rolled out his plan Wednesday

“In my view, the current debate over Medicare for All really has nothing to do with health care,” Sanders said. “It’s all about greed and profiteering. It is about whether we maintain a dysfunctional system which allows the top five health insurance companies to make over $20 billion in profits last year.”

The Sanders bill would create a single, government-run health plan to provide coverage to all Americans, much like traditional Medicare provides coverage to those 65 and older.

But the Sanders plan would be more generous than traditional Medicare, with patients paying nothing out of pocket when they visit a doctor.

The plan would also cover hospital visits, primary care, medical devices, lab services, maternity care, and prescription drugs as well as vision and dental benefits. Americans would have four years to transition from their current health plans, be they private plans or Medicare or Medicaid. The only alternatives to Medicare for All would be the veteran’s health care system and the Indian Health system.

Sander’s ambitious bill has been criticized as being vague on how Medicare for All might be paid for.

Sanders released a list of financing options, such as a new tax on “extreme wealth.” But the taxes on nearly all Americans would likely increase to pay for the plan.

Murphy has sponsored a Medicare buy-in plan that gives people who qualify for Affordable Care Act subsidies the option to purchase a new Medicare “Part E” plan. That Medicare component would use the same network of doctors and hospitals who now serve Medicare patients, but would include other non-elderly medical services, including pediatrics and maternity.