No hard count on tolls, but plenty of spin 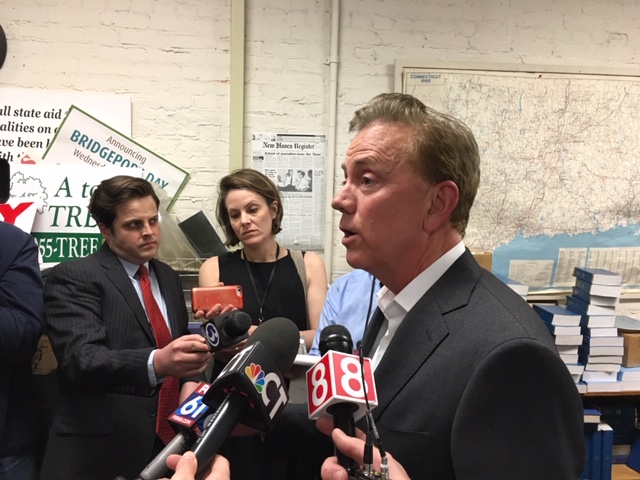 With less than three weeks until the end of the 2019 legislative session, Gov. Ned Lamont’s first-year priority of returning highway tolls to Connecticut remains a work in progress, complicating efforts to corral a majority — and generating a day of political spin Thursday at the State Capitol.

Republicans called a visit by Lamont to the House Democratic caucus the previous night a “desperate” bid for votes, then they abruptly revised their own tolling alternative, itself an apparent bid for votes. Lamont quickly dropped by the Capitol pressroom to say the GOP shift was why “voters are so cynical about politics and politicians.”

Of course, the governor also has given voters ample reason for cynicism. As a candidate last year, Lamont said he favored trucks-only tolling, not his current plan to impose tolls for all motor vehicles traveling on the Merritt Parkway and three interstate highways, 84, 91 and 95.

With important variables yet to be defined, passage of a tolls bill remains uncertain.

“I think up until the last moment when the bill is finalized, we won’t be able to do an actual hard vote count,” said House Speaker Joe Aresimowicz, D-Berlin.

Tolls are generally prohibited on federally funded highways, but Connecticut is one of the states permitted to attempt to ease traffic congestion and raise money for transportation improvements with variably priced tolls. The exact pricing of tolls and location of tolling gantries would be subject to review by the Federal Highway Administration.

In a letter last week to lawmakers, Lamont said the administration would propose peak pricing of 4.4 cents a mile in the final legislation, with the discretion to raise or lower the price by 1.3 cents, allowing state transportation officials to negotiate with the FHWA within a limited range. Prices would be frozen for three years. State drivers would get discounts.

The goal is to bring about $800 million annually to the special transportation fund, from which Connecticut pays operating costs for the departments of transportation and motor vehicles, and debt service on borrowing for transportation projects. Now funded primarily by fuel taxes, it is facing the possibility of insolvency in coming years without new revenue.

While adamantly disagreeing on the need for tolls, the GOP conceded the need for new revenue, and proposed cutting borrowing for other purposes to set aside $700 million for transportation in an alternative plan called “Prioritize Progress.” Democrats say the Republican plan is not politically or financially sustainable, as demands for school construction and maintenance to state facilities eventually would undercut it.

On Thursday, Republicans said they were willing to halve their proposal to $375 million a year for the next five years, allowing time for further study. 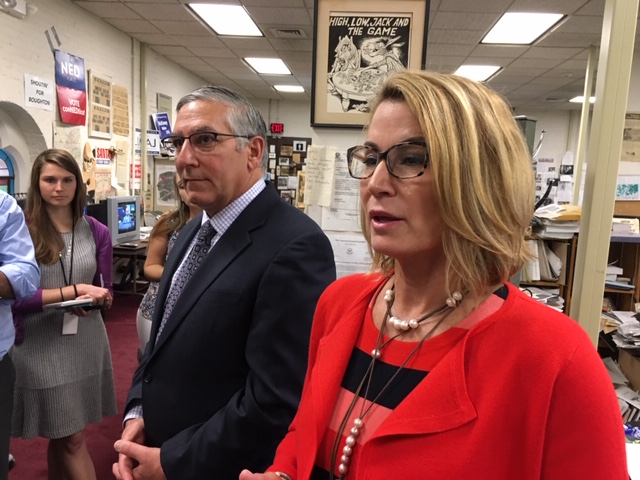 “This proposal includes bipartisan ideas that have been discussed throughout the legislative session to better define the state’s transportation needs, find efficiencies and develop a long-term plan and vision,” said House Minority Leader Themis Klarides, R-Derby.

Republicans said they would re-establish the Transportation Strategy and Advisory Board, which studied the state’s long-term transportation needs until its elimination after Gov. Dannel P. Malloy took office in 2011.

Senate Minority Leader Len Fasano, R-North Haven, said the Republicans’ scaled-down plan still has advantages over tolling: Immediacy. Even if endorsed by the legislature this year, tolls are years away.

“No one has advocated for immediate action more vehemently than Republicans, but we don’t believe tolls are the answer,” he said. “While some Democrats believe tolls may be a possible solution, perhaps they will consider this as a more layered solution to a complex problem.”

Lamont said the GOP had no credibility in agreeing for weeks about the scope of the need, then cutting their proposal by half.

Lamont, who was accompanied by Transportation Commissioner Joe Giulietti and other aides in his visit to the press room, said there is no dispute about Connecticut’s transportation needs.

“I’m here to deal with this problem right now,” Lamont said. “Joe Giulietti is right here. We know what bridges are about to collapse. We know what’s going on with Metro North. We know where that money has got to go. We know how we can accelerate I-95 and get this state  moving again. We’ve laid out those plans. We laid out what those priorities are, and we’ve said how we re going to pay for it. The other team has said, ‘Let’s study it.’ ”

The governor was being hyperbolic. Connecticut has 300 bridges that have been deemed structurally deficient by a national road builders’ association, meaning they are in need of repair or replacement, but are not unsafe.

House and Senate Republican leaders vow that no member of their GOP minorities will cast a vote for tolls under any circumstance. If that holds, Lamont will need 76 of the 91 Democrats in the House and at least 18 of the 22 in the Senate. (Nineteen votes are a majority in the Senate, but an 18-18 tie could be broken by the presiding officer, Lt. Gov. Susan Bysiewicz.)

“We’ve seen toll proposals that change on a daily basis,” Klarides said. “We’ve seen differences in proposals from the governor, from the Democrats, which will tell you one thing and one thing only — that they don’t have the votes with the proposals they have.”

House Democrats said they appreciated Lamont’s visit to their caucus Wednesday night, but that hard commitments for a tolling bill are unlikely until a final draft is available.

Lamont’s visit to the caucus was a rare but not unprecedented step for a governor. He acknowledged he was asking them to cast a difficult vote and promised that he would support their re-elections and that business groups would provide political cover by endorsing tolls.

“What he wants to do, he want to instill confidence in us,” said Rep. Phil Young, D-Stratford, who represents a swing district.

Aresimowicz said the governor showed honesty and vulnerability in admitting that his flip on tolls, which he attributed to a realization that trucks-only tolls were legally risky would raise insufficient funding.

“He admits basically that he put us on the spot,” Michel said.

Rep. Jillian Gilchrest, a first-year Democrat from West Hartford, said, “I think he recognizes this is a hard vote and that people are putting themselves on the line for it, and that he really worked hard to make sure that this bill reflected our concerns.”