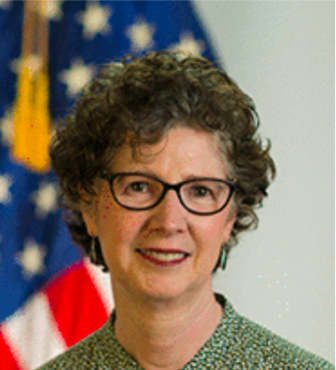 Gov. Ned Lamont on Friday named Dr. Deidre Gifford, a physician and top federal Medicaid official with a background in systems reform, as his choice to lead one of Connecticut’s largest bureaucracies, the state Department of Social Services.

The nomination nearly completes Lamont’s cabinet and meets his goal of finding a Medicaid expert to oversee a department with nearly 1,600 employees and a budget of more than $4 billion, including $2.5 billion for recipients of Medicaid.

“I want to refocus our energy to improve the delivery of these services utilizing innovative tools that increase the value and outcomes for consumers while also producing cost-saving efficiencies for the agency,” Lamont said. “This is exactly what drew my attention to Dr. Gifford – she has many years of experience doing exactly this both on the state and federal level.”

Gifford will take over DSS on June 21, succeeding Roderick Bremby, the commissioner during both terms of Gov. Dannel P. Malloy. Her appointment is subject to confirmation by the General Assembly.

“If confirmed, I look forward to working with the governor and lieutenant governor, and collaborating with my fellow commissioners to improve the lives and health of the women, men, children, and families served by DSS,” Gifford said in a statement. “It is becoming clear that improving the health of our communities requires an approach that looks beyond the traditional silos of social services. Under Gov. Lamont’s leadership, Connecticut has a unique opportunity to enhance the coordination and efficiency of government services in truly innovative ways that will make a real difference.”

With 16 new appointees and 10 holdovers from the Malloy administration, the governor has now filled 26 of the 27 executive positions that require legislative confirmation. The exception is commissioner of education.

Half of Lamont’s new appointees are women.

Since 2016, Gifford has been the deputy director for Medicaid and CHIP services at the Centers for Medicaid and Medicare Services, an office within the U.S. Department of Health and Human Services. She was the Medicaid director of Rhode Island before going to Washington.

In Rhode Island, she was credited by the administration of Gov. Gina Raimondo, a Democrat, for trimming Medicaid costs.

Gifford is a graduate of Cornell University Medical College and trained in obstetrics and gynecology at University Hospitals of Cleveland and the UCLA Medical Center. She also has a master’s degree from the UCLA School of Public Health and did post-graduate work in health service research, also at UCLA.