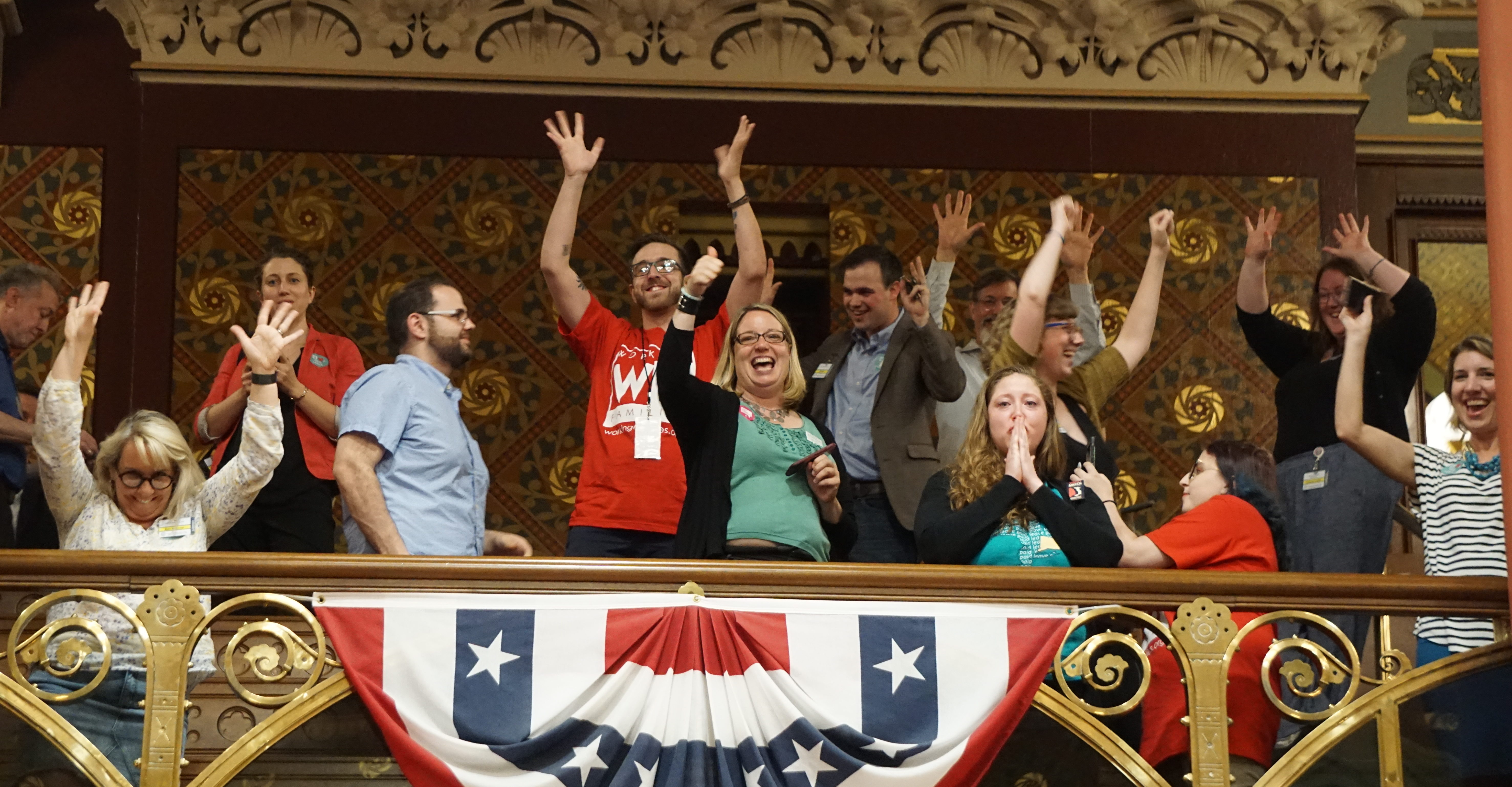 Gov. Ned Lamont and Democratic legislators resolved their intra-party differences over legislation creating a state-mandated paid family and medical leave program, clearing the way for the House of Representatives to vote 79-69 for final passage Friday night.

Lawmakers and Lamont agreed on changes in the size, makeup and operating policies of the quasi-public authority that will oversee the program, giving the governor control over the authority and prompting him to drop a veto threat made last week as the Senate took up the measure.

“We do have an agreement,” Lamont said at midday. “I’m ready to see that go.”

Under the legislation, benefits would become available in January 2022. It would provide up to 12 weeks of replacement wages, payable on a sliding scale ranging up to a maximum of 95 percent for minimum-wage earners, capped at $900 a week. Workers incapacitated by pregnancy could get an additional two weeks.

Advocates say the program would offer some of the strongest benefits and job protections for workers who take extended time off for personal illness or to care for a child, siblings, grandparents, grandchildren, and anyone else related by blood or affinity who has a close association with the employee.

Connecticut has long had a family and medical leave law that guaranteed time off, but not with pay, shutting out the working poor, said House Majority Leader Matt Ritter, D-Hartford. The bill, he said, rectifies that inequity.

“Our humanity should not come down to how much we make for a living,” Ritter said.

Labor progressives and their allies celebrated reaching the end of a six-year campaign for passage.

“Paid leave is a critical step forward for women’s economic security, especially for low-wage workers and women of color who are an increasing number of primary breadwinners for their families,” said Catherine Bailey of the Connecticut Women’s Education and Legal Education Fund. “We are proud to join the rest of the world and become just the seventh state in the U.S. to create a system of paid leave.”

“Connecticut is among the most expensive places to live, it’s one of the most expensive and difficult places in the nation to run a business—stone cold facts that people who voted ‘yes’ tonight blatantly ignored,” said House Minority Leader Themis Klarides, R-Derby. “On top of that, they forced this through on the eve of rolling out a two-year state budget that’s heavy on not just middle class tax hikes, but one that also includes an insidious plan to burden the very people we need to help fire up economic recovery—small business owners.” 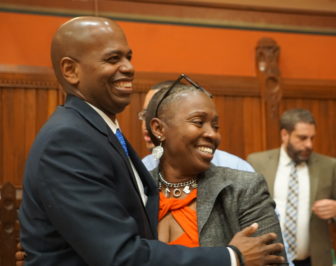 Setting aside the 11th-hour threat of a gubernatorial veto, the state Senate voted 21-15 last week to pass a Democratic bill that would achieve a long-sought objective of labor progressives: State-mandated disability insurance.

Lamont, who ran on a pledge to pass a paid family leave law, demanded changes to encourage private insurers to bid on providing the disability insurance.

House Speaker Joe Aresimowicz, D-Berlin, declined to call the bill for a vote in the House until the administration and bill’s sponsors agreed on changes that would avert a veto. Those changes will be made in a separate bill.

With an agreement in hand, the House opened debate at 2:45 p.m. Friday on one of the Democrats’ top priorities — giving the working poor the ability stay home with sick family members without financial ruin. But Republicans say the bill is an unwanted mandate on employees, who would be compelled to pay for the disability insurance via a payroll tax of one half of one percent.

Passage came nearly eight hours later at 10:27 p.m. House members facing a constitutional  adjournment deadline of midnight Wednesday return on Saturday, but debate on the budget will not come until Monday.  The Senate adjourned until Monday.

Lamont issued no statement at passage, but he reiterated earlier in the day his intention to sign the measure.

“Susan and I ran on paid family and medical leave,” Lamont said at an event with Lt. Gov. Susan Bysiewicz. “We know how important it is to the workplace of the 21st Century to a lot of single parents who desperately need that in order not to choose between a job and a child who is sick.”

The bill passed by the Senate creates an authority with 15 voting members. Under the new version, there will be 13 members, with the governor having seven appointments and the legislature six. The governor also will name the chair.

The early hours of the House debate Friday offered a reprise of the six-hour debate in the Senate. 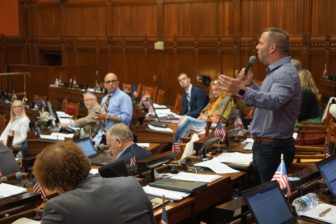 Republicans say although the benefit would be financed by employees, it still would be a blow to small businesses by giving workers an incentive to take up to 12 weeks of leave.

Rep. Terrie Wood, R-Darien, who described her own struggles caring for a family member, was one of the Republicans who say they understand the push for the program. She said she wished the private sector would step up, especially offering better coverage for low-wage workers.

Rep. Richard Smith, R-New Fairfield, called the measure an overreach as the program would apply to the smallest businesses, who could not afford for an employee to leave for 12 weeks. But Rep. Joe Polletta, R-Watertown, undermined that argument, saying he knew of no small business that would stop an employee from taking time for a family emergency.

A Republican amendment would limit the program to companies with at least two dozen workers, Smith said.

Ritter said that Republicans seemed concerned that workers would abuse the program, while there is no evidence of significant fraud in states that offer paid leave. The bill provides for penalties for abuse of the benefits.

“This distrust of workers is just shocking to me,” he said.

On the assumption that the working poor could not afford any significant loss of income, low-wage workers would get the highest rate of wage-replacement. A worker earning $600 a week would receive benefits equal to 95 percent of wages, or $570 a week.

The payroll tax would impose an annual cost of $156 for minimum-wage workers and a maximum of $664.50 for those with six-figure incomes. Payroll subjected to the new tax would be limited to the amount of annual earnings subject to Social Security taxes, currently capped at $132,900.