Washington – With the approval of the Justice Department and five key states, the $69 billion merger between Aetna and CVS was considered a done deal.

But that was before a federal judge here questioned how the merger would affect the health insurance marketplace and said he would not be a “rubber stamp” on the  deal.

U.S. District Court Judge Richard Leon held two days of hearings on the merger this week and scheduled additional oral arguments on the case in July.

If Leon does not sign off on an agreement between the Justice Department with CVS and Aetna — an agreement that led to Aetna’s divestiture of its Part D business — his ruling may be capable of unwinding the merger, or at least place new hurdles in front of the marriage of one of the nation’s largest health insurers and one of its largest retailers.

Leon held the hearing under a 1974 federal law, known as the Tunney Act, that requires courts to review agreements in which the government approves corporate mergers to protect the public against monopolies.

On the first day of the hearings Tuesday, Leon accused the Justice Department of keeping him “in the dark, kind of like a mushroom” about the actions CVS and Aetna were undertaking to consummate their $69 billion deal while his review of their settlement was pending.

On that first day of the hearings, three witnesses, including one representing the American Medical Association, expressed concern that the merger would further consolidate the health insurance market and drive up out-of-pocket costs for consumers. 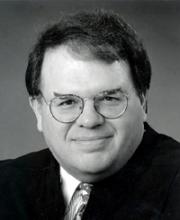 “We are not only losing a competitor,” said University of Southern California professor Neeraj Sood, the expert called by the AMA, referring to Aetna. “We are losing a strong competitor in this market.”

The Justice Department has determined that Aetna’s divestiture of its Medicare Part D business – which the Hartford-based insurer is selling to WellCare – alleviates its concerns about the merger’s impact on competition in the health care industry.

But the AMA, and a number of consumer groups, say that’s not enough. They say the divestiture would actually reduce competition in the prescription drug business because Aetna was a competitor with CVS and other providers.

“The AMA has concluded that a merger of these two rivals would harm competition and patients, even with the divestiture proposed in the merger settlement,” the organization representing the nation’s doctors said. “The divestiture of Aetna’s prescription drug business to WellCare will reduce competition in the (prescription drug plan) market, rather than restore it to premerger levels.”

When CVS and the Justice Department called their witnesses on Wednesday, Leon expressed skepticism that the settlement did enough to ensure continued competition in the health care industry.

CVS witness Lawrence Wu, a former Federal Trade Commission staff economist, testified the merger would not quash competition  and that the sell off of Aetna’s Medicare Part D business resolved any anti-competitive issues.

Wu also said the merger could result in lower markups to drug prices and more access to medical care in rural areas which have CVS “Minute Clinics.”

But Leon said the merger gives CVS extra leverage because it gains so many new clients by partnering with Aetna and gives CVS an unfair advantage with drug manufacturers, who would favor CVS over other pharmacy benefit managers, or PBMs.

PBMs serve as middlemen between drug companies and pharmacies. While CVS’s pharmacy benefit manager now handles Aetna’s prescriptions, that agreement was set to expire in 2023.

Leon said the merger would not allow Aetna to shop for another PBM.

Aetna did not return requests for comment. CVS said it has no comment on the court proceedings this week.

After the Justice Department signed off on the deal last year, Aetna and CVs began to consolidate their operations.

And CVS announced this week it plans to take a dramatic step toward becoming a heath care provider by opening 1,500 HealthHUB stores by the end of 2021, remodeling its drugstores to increase their focus on health services and health products.

David Balto, a former policy director of the Federal Trade Commission who is representing U.S. PIRG and Consumer Action, groups advocating stricter scrutiny of the merger, said Leon could force the Justice Department to “go back to the table” and renegotiate the terms of the merger with CVS and Aetna.

The judge could also force the DOJ to go to court to challenge the merger, Balto said.

“He seemed very skeptical of the pig in the poke remedy the Justice Department has come up with,” Balto said. “But he’s carefully going through everything.”