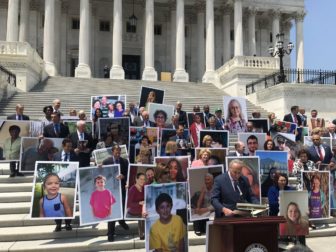 Washington – As a federal appeals court in New Orleans considered a legal challenge to the Affordable Care Act on Tuesday, Democrats here tried to make the GOP politically vulnerable for its efforts to abolish the health care law.

Democrats’ political embrace of the ACA with its protections for people with pre-existing conditions and its expansion of Medicaid — known as HUSKY in Connecticut — has been a long time coming.

Controversy over the ACA, fueled by Tea Party opposition, cost Democrats politically in the years right after the law was passed in December of 2009.

At least 13 House Democrats lost their seats the following year because of their support for the law. With Tea Party candidates sweeping into office, the ACA threatened to drag Democrats down.

No longer. Now Democrats hope the issue of health care will boost their chances in the 2020 elections.

“When President Trump declared the Republican Party will be the party of health care, everyone knew he’s full of it,” said Sen. Charles Schumer, D-N.Y. “Donald Trump and the Republicans want to take away your health care.”

Schumer held up a photo of a constituent who has been helped by the ACA, a 7-year-old named Emily who sustained a traumatic brain injury from a fall.  Behind the Senate Minority Leader, Sen. Richard Blumenthal, D-Conn., held up a large photo of Conner Curran, a boy from Ridgefield who was diagnosed with Duchenne’s muscular dystrophy several years ago.

Later that afternoon, Blumenthal brought that photo of Conner to the floor of the U.S. Senate, as one Democratic senator after another spoke in defense of the ACA’s protections.

“All of us will be at risk,” Blumenthal predicted, if the ACA is invalidated.

Those at risk include more than one million in Connecticut with pre-existing conditions, Blumenthal said, and 25,000 young people who, under the ACA, can remain on their parents’ insurance policies until they are 26.

The Democrats’ campaign Tuesday was touched off by a legal challenge to the ACA by a group of Republican-led states, spearheaded by Texas, arguing the health care law should be voided because the tax penalty on those who don’t buy health insurance was eliminated. Those “red states” claim the absence of a tax converts the law into an unconstitutional mandate that forces Americans to buy a product. A federal court in Texas agreed.

That ruling was appealed to the 5th Circuit Court of Appeals in New Orleans by a group of Democratic-led states, including Connecticut. On Tuesday, a three-judge panel held oral arguments in the case.

Two of the judges, both Republican appointees, questioned the basis for the ACA and suggested that they might side with the lower court judge, who said last year that the entire health care law should be struck down.

“This is a court case that the Trump administration, along with a number of Republican attorneys general, have brought to obliterate the Affordable Care Act,” said Sen. Chris Murphy, D-Conn. “All of it. Overnight. The case, if successful, would result in a humanitarian catastrophe in this country. Why do I say that? Well, because the plaintiffs in the case … are arguing that the court should throw out the entire Affordable Care Act…with nothing to replace it.”

“Blaming Republicans in Congress for a yet-to-be-decided court case doesn’t make a lot of sense,” he said. 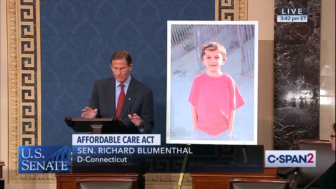 Sen. Richard Blumenthal defends the ACA and tells the story of a young constituent, Conner Curran who was helped by the health care law.

Cornyn also said Democrats are wrong in saying Republicans don’t support protection for those with pre-existing health conditions, pointing to a number of GOP bills that would require insurers to offer those people coverage.

But the GOP bills aimed at securing coverage for those with pre-existing conditions would allow insurers to charge high premiums for that coverage, something Democrats say would put those policies out of the financial reach of many people.

Democrats also say other Republican proposals, such as those that aim to reduce prescription drug prices and eliminate “surprise” medical bills, are not a replacement for a comprehensive health plan like the ACA. 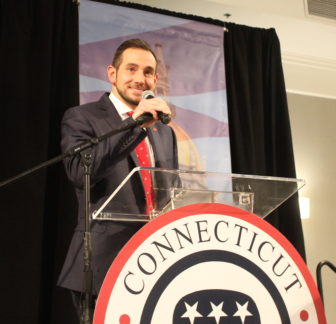 The losing side in the ACA case will likely appeal the ruling to the U.S. Supreme Court. If the high court decides to hear the case, the legal fight over the Affordable Care Act could play itself out during an election year.

J.R. Romano, the head of the Connecticut Republican Party, said Democrats are making a bad bet in their support of the Affordable Care Act.

Romano said he purchases his health insurance through Access Health CT, Connecticut’s ACA exchange for more than $600 a month, a premium he says is too expensive. Romano said he only paid about $250 a month in health care insurance premiums before the ACA was implemented.

“It’s not affordable for people who don’t have a subsidy,” Romano said. “Obamacare has been a failure.”

But, of the approximately 100,000 Connecticut residents like Romano who purchase individual coverage through Access Health CT, about 75 percent have modest incomes and are eligible to receive federal help to purchase their insurance. Many also receive assistance paying co-pays and deductibles.

Still, the cost of health care for other individuals, and for small business owners, has risen as insurers raised rates to cover people with expensive pre-existing conditions and meet other requirements of the health care law, including lifting an annual cap on claims and the ACA’s expansion of health benefits.

Romano declined to say whether a court-ordered end of the ACA would hurt Connecticut Republicans politically, but said Democrats “are grasping at straws” with their attacks on those who oppose the health care law.

“When I consider the Affordable Care Act, all I see is failure,” he said.

State Sen. Kevin Kelly, the top Republican in the legislature’s Insurance and Real Estate Committee, said Connecticut Republicans have worked across the aisle to shore up health care protections in the state.

Some of the ACA’s mandates, including the requirement that insurers cover “essential benefits” and protections for people with pre-existing health insurance, have been made state law with the help of GOP votes, Kelly said.

“If the ACA were to evaporate, many of those protections would be in place,” he said. “We have a proven track record in advancing health policy in a bipartisan way.”

Connecticut House Minority Leader Themis Klarides, R-Derby, also said Connecticut would be feel a limited impact from the fallout caused by the abolition of the ACA.

“Here in Connecticut, we Republicans have a deep sense of pride as our nation’s insurance leader,” Klarides said. “We have partnered with the health care industry to balance affordability with patient coverage. For this reason, Connecticut would see little impact…”

But it’s unclear how long state protections for health care consumers would survive if the ACA disappears.

Kelly blames Democrats from failing to support his efforts to make insurance premiums more affordable through a state  program that would limit an insurer’s risk and make other reforms.

“The (ACA) needs to be fixed because it was a failed system from the start,” Kelly said. “People’s premiums have increased exponentially in Connecticut.”

Not everybody is disappointed in Obamacare, however.

A Kaiser Family Foundation tracking polls showed 46 percent of respondents had a “favorable” view of the ACA, while 40 percent had a “unfavorable” view. Other polls show even stronger support for certain aspects of the ACA, including its protections for people with pre-existing conditions.

Gary Rose, head of the political science department at Sacred Heart University, said the state’s Republicans could be vulnerable to Democratic political attacks if the national GOP doesn’t come up with a viable alternative to the ACA.

“If they can’t, all Republicans will find themselves in a difficult situation,” Rose said.