State education board expected to recommend Bloomfield superintendent as next commissioner 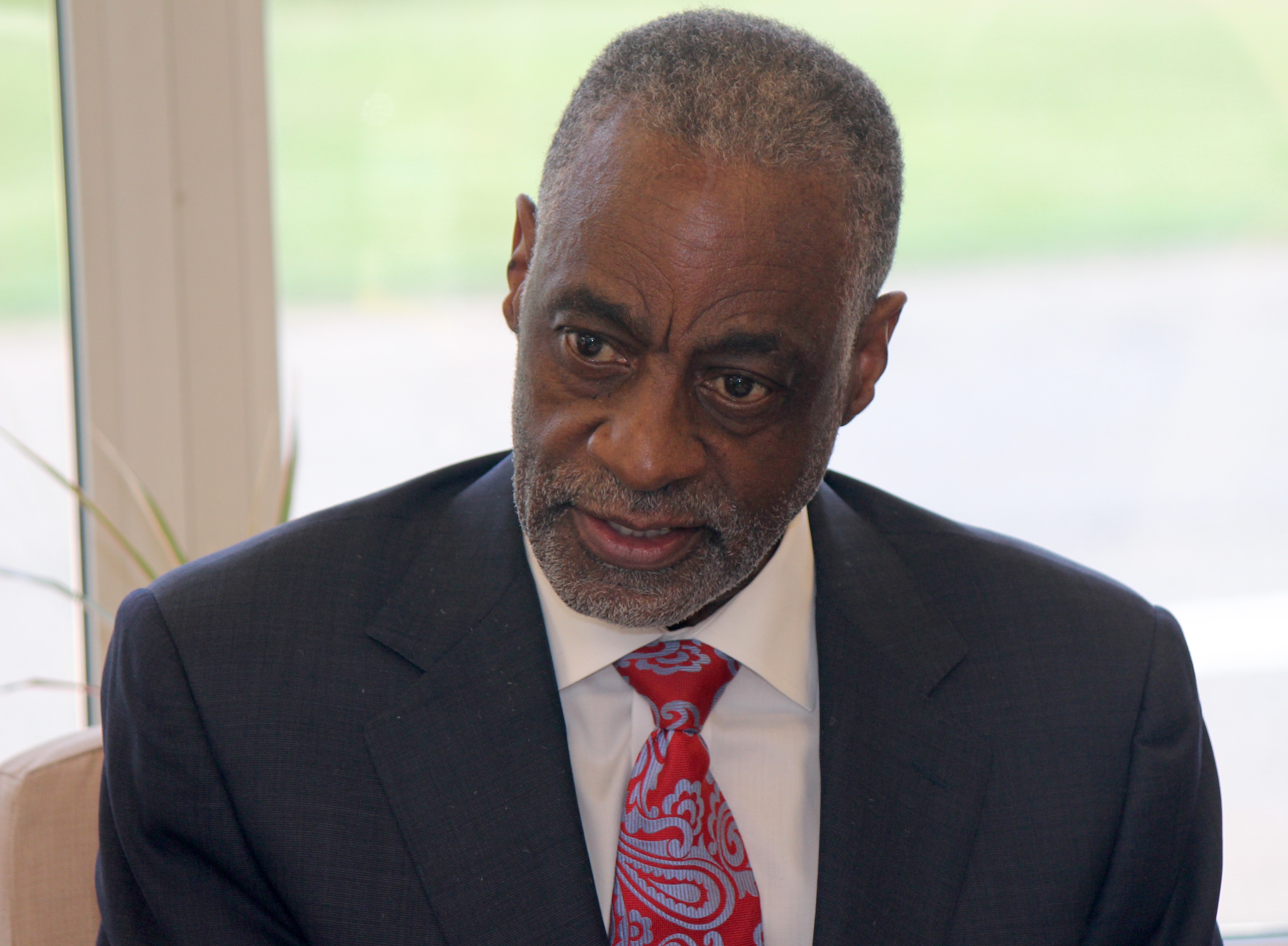 The State Board of Education is expected to recommend Bloomfield Schools Superintendent James Thompson Jr. as the state’s next education commissioner, multiple sources say.

The board vote to recommend Thompson be nominated by Gov. Ned Lamont could occur as early as this week.

Thompson, 72, who has been widely spoken of as Lamont’s first choice for commissioner since January, has been an educator for a half-century and superintendent of Bloomfield schools since 2011, where he is credited with increasing high school graduation rates by 16 percentage points and improving test scores, sometimes by as much as double-digits.

If he is appointed by Lamont, Thompson would be the first African American to serve as permanent state education commissioner. The state has had two interim African American education commissioners in recent years: Desi Nesmith, a state education bureau chief and former Bloomfield school principal, was appointed interim at the end of June, while George Coleman served as interim at two separate times, most recently in 2011.

A spokesman for Thompson said the superintendent would not comment and referred all calls to the governor’s office Tuesday.

If all goes as expected, Lamont will then nominate the candidate to the legislature, which votes on the appointment.

Thompson would replace Dianna Wentzell, also a longtime educator, who stepped down as commissioner last month and was succeeded immediately by an interim, Nesmith, who assists struggling school districts as the state’s chief turnaround officer.

Born and raised in Hartford, Thompson began his teaching career in 1969 at the city’s West Middle School. He won many accolades over the years, including being named the 2018 Superintendent of the Year by the Connecticut Association of Public School Superintendents and Man of the Year by the Connecticut African American Affairs Commission in 2016.

Shortly after he was hired in 2011 as Bloomfield superintendent, Thompson developed “The Bloomfield Blueprint,” an accountability plan to transform the district’s schools, and has received public recognition from state leaders for his work,  according to his biography.  In 2017, U.S. News & World Report ranked Bloomfield High School as one of the top high schools in Connecticut — six years after the the school was identified by the state Department of Education as one of the lowest performing in Connecticut, his biography said.

Fran Rabinowitz, executive director of the state superintendents’ association, said Tuesday that Thompson was chosen for the 2018 honor “because we felt he epitomized what both an effective and passionate, caring leader of a school system should be.”

“His focus has always been and surely will always be on the children that he serves and what is best for the students who are in his care,” she said.

Rabinowitz noted that when Thompson served as principal of Hartford’s Simpson-Waverly Elementary School and later as assistant superintendent in Hartford, the schools showed significant improvements.

And during Thompson’s tenure as Bloomfield superintendent, Rabinowitz said, the schools “have certainly shown gains, most notably at the high school level.”

“I believe he couldn’t have made a better choice,” Harris said. “But in the same breath, I don’t relish the difficulty of having to do a superintendent search this time of year. It will not be very easy to find somebody who comes close to replacing James. It present us with a big problem.”

Harris, who is also chairmen of Bloomfield’s Democratic town committee, said that Thompson will “make a difference if he’s appointed education commissioner for all our children and he will focus on closing the achievement gap.”

Thompson said that he has made it his “personal mission to make a difference in school populations with under-served communities … similar to mine in North Hartford,” according to printed remarks of a speech delivered at a reception when he was awarded superintendent of the year.

In a profile published Feb. 19 on the American Association of School Administrators’ website, Thompson said his best professional day occurred in 2003 when the school he was leading — the long struggling Simpson-Waverly Elementary School — received the No Child Left Behind national Blue Ribbon School award.

Last year, a group of Bloomfield parents called for his removal, citing reductions in education funding and declines in state standardized test scores, according to a Hartford Courant story in July 2018.

The parents’s group could not be reached for comment Tuesday afternoon.

When asked about the parents’ complaints about test scores, Thompson is quoted in the AASA story as saying,  “The parents have every right to be concerned about this, and I agree with them.”

He said he was using a “laser-beam focus” on each student and studying data to analyze student progress.

“I think we have a good handle going forward, I really do,” he said in the AASA story.