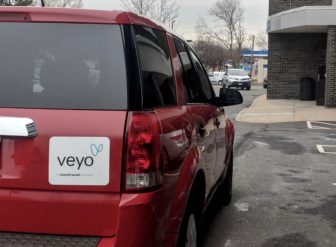 Veyo has added three new subcontractors with 28 additional vehicles to its Connecticut network.

“Given the dense population of southwestern Connecticut and its well-known issues with traffic congestion, we wanted to make sure our operations in the region are more than capable of matching demand,” Josh Komenda, Veyo’s president, said in a statement. “Adding these providers will play a significant role in making sure we hit this goal.”

In April, Veyo officials told a state oversight board that the company had removed 18 of its underperforming transit providers and placed another 14 on corrective action plans. Veyo was flooded in recent years with complaints over stranded patients and late rides. In January, attorneys with Connecticut Legal Services filed a class action lawsuit against the Connecticut Department of Social Services, which oversees Veyo.

The new subcontractors will add 28 vehicles to the fleet. Veyo has more than 80 commercial transportation providers managing about 1,700 vehicles, it said.

Records show Greenwich Taxi, based in its namesake town, has been embroiled in three lawsuits over the last two years. One was brought by a man who claimed a taxi driver crashed the car he was riding in, causing him injuries; another was filed by a biker who claimed to have been hit by a Greenwich Taxi driver. Both cases were settled last year. The third, in which a Greenwich resident accused a taxi driver of colliding with her vehicle, is pending.

Gateway Limousine was sued in 2017 by a passenger who claimed the driver came to an abrupt stop, causing her to fall out of her seat and suffer injuries. The case was settled in February.

Asked about the lawsuits, Komenda replied in a statement Thursday: “Our focus has and will continue to be on the credentials, training and quality of the drivers we hire. Should an issue arise that we feel could have an impact on the services we provide to our members, we will evaluate the provider’s contract as needed.”

“We expect a high code of ethics and standards from our provider network,” he added, “and if we see evidence that those standards are not being upheld, we will immediately investigate.”

In a news release, the company said its subcontractors are required to undergo “extensive” training, which could include customer service, sensitivity, and cardiopulmonary resuscitation instruction.

“As Veyo works to increase its total number of transportation providers, the company will maintain its commitment to both members and the state by recruiting and training only high-quality, reputable providers,” it said.

Veyo, which is nearly 19 months into its three-year, multi-million dollar deal with the state, was fined $20,000 last year for breaching its contract by leaving patients stranded or waiting for extensive periods of time.